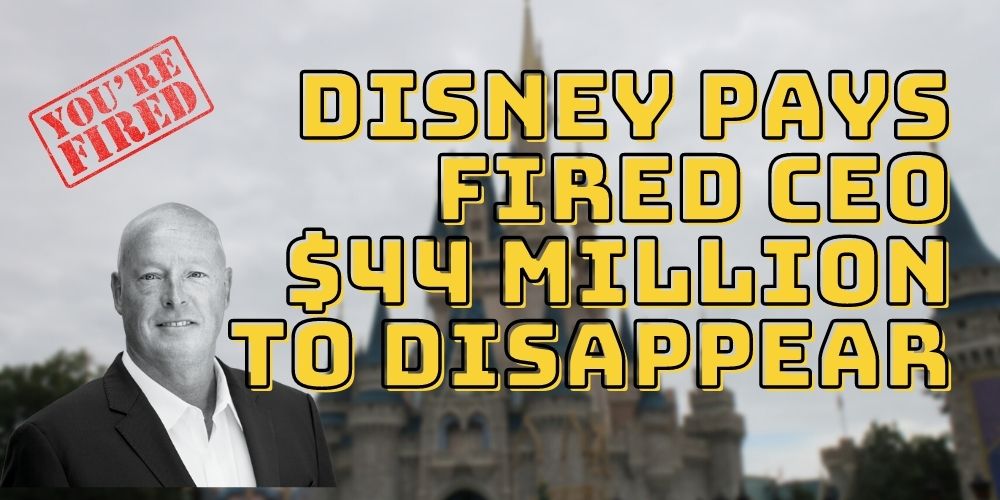 Disney has released former Disney CEO Bob Chapek from his duties as CEO, however it has come at a cost – about $44 million to be precise. Earlier this month, Disney made the somewhat surprising move of bringing back former CEO Bob Igar as CEO of Disney.

Disney has been struggling the last few years, and the most recent quarterly earnings miss was the final nail in the coffin of Bob Chapek, who was with the Walt Disney company for 26 years.

Mr Chapek started at Disney in the Home Entertainment division, before becoming the company’s chairman of Parks and Resorts.

He was then appointed as CEO of the company in February 2020. 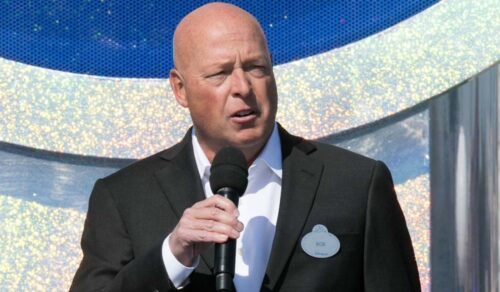 He then oversaw the family entertainment company as CEO up until 20 November 2022 – when Disney announced that it would be releasing Chapek as company CEO for no specific reason.

This decision came at a hefty cost to the company, and a handsome payout to Mr Chapek.

The decision by Disney reportedly triggers a clause in the CEO’s contract called “terminate without cause”. The clause is estimated to be valued at $44 million.

“In connection with his termination, Mr. Chapek will receive the separation benefits payable in accordance with the terms of his previously disclosed employment agreement,” Disney stated in a regulatory filing.

The payout is said to be in cash, stock options and equity in the company.

Investors will likely be happy to see Igar return to the helm in place of Chapek, as the returns vs the S&P 500 show a vast outperformance under Igar’s leadership. Under Igar’s tenure, shares of Diseny rose more than 450% between 2005 and 2020, blowing away the returns of the S&P 500 over the same period, which was 162%.

Meanwhile, under Chapek’s tenure as CEO – share of Disney dropped 27% – with the S&P 500 returning positive gains of 22%.

Investors hope Igar will return his magic to the struggling company and turn the ship around. Unfortunately, the business world is ruthless, and all that matters is the bottom line – certainly when it comes to investors.

Disney Competitors Analysis: Who Stacks Up Against this Media Giant?