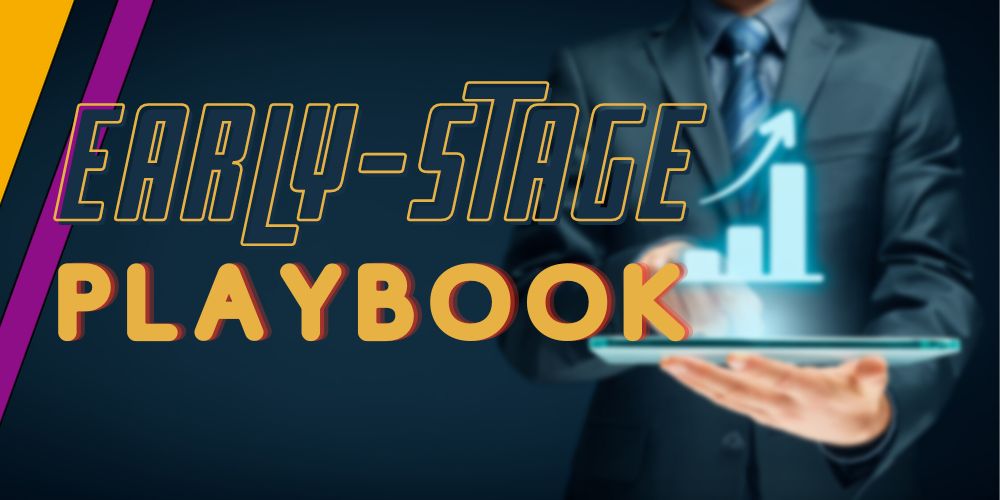 Getting involved with private companies at an initial public offering (IPO) could lead to excellent earnings potential, but what if there was a way to buy in even sooner? This Early-Stage Playbook review explains how to do just that.

What Is The Early-Stage Playbook?

In a nutshell, the Early-Stage Playbook is an investing course crafted to teach investors big and small how to obtain shares of private companies before they reach the IPO stage.

The course is broken into 12 sessions that explain every detail required to find success in the private market.

Matt Milner and Wayne Mulligan created the program on their financial website Crowdability.

It is by no means hypothetical, as the two investors have put the course through its paces with several real-world examples. 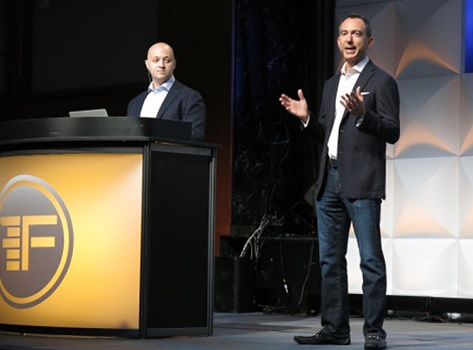 Who Is Matt Milner?

Matt Milner comes from a family of entrepreneurs who grew successful businesses from nothing. Milner first turned to Wall Street and the stock market, learning the ins and outs of investing at Bear Stearns and Lehman Brothers.

Deciding to give entrepreneurship a try at age 30, it took Matt three attempts to find the right recipe.

A global media conglomerate purchased his social media company for millions of dollars, and Milner set out to fully understand what makes a startup successful.

He began working with early-stage companies, learning indicators that point to a solid business model.

When the JOBS act reopened the door for more individuals to invest in private startups, Matt joined forces with Wayne Mulligan to start an education center for private investing.

Matt took all the experience he had gained from years in different industries to build the Early-Stage Playbook and teach individuals about the pre-IPO cheat code.

Matt Milner’s story has helped him develop a unique understanding of both the stock market and early-stage startups. He’s identified several ventures that have seen massive pre-IPO gains over the last few years.

There are more than a few upcoming businesses that appear ripe for investing through this ingenious system.

The information Milner has developed not only reveals the names but also how to get involved at such an early stage — where profit potential is highest.

More than just developing a system for investing in private companies before their initial public offering, Matt practices what he preaches. He currently has stakes in 57 pre-IPO businesses, investing anywhere from $25 to $250,000 using the cheat code system.

In his presentation, Matt Milner brings to light something he calls pre-IPO cheat codes. These cheat codes create a way to get into certain businesses where most investors are unable to tread.

Infant tech companies are seeing way more growth BEFORE going public than after, a huge shift from even Amazon 25 years ago.

Today, there’s only a little of the pie left to be had after a company crosses into the public market. Waiting until an IPO greatly limits income potential.

Let’s take a look at what pre-IPO cheat codes are and how they can make such an impact on your portfolio.

What Are Pre-IPO Cheat Codes?

Each company has a pre-IPO cheat code embedded in its DNA that has nothing to do with its stock ticker, financials, or anything else. However, this secret code is the key to gaining entry to a private stock that few have access to.

Until recently, it was nearly impossible for most investors to use these codes at all. Law changes in the last few years now make it possible for ordinary investors to partake more freely in private market investing.

Milner tells us that any investor can buy into these startups before they ever go public with just one pre-IPO cheat code.

You must first locate a 10-digit cheat code for an upcoming venture and then know where to plug it in along with your funds. 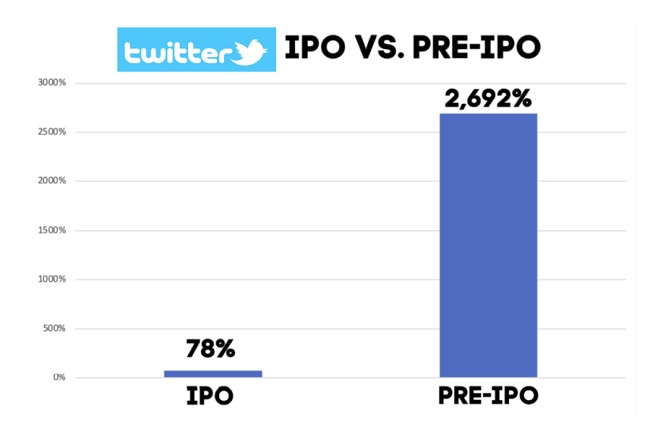 The Case for Pre-IPO Investing

Pre-IPO investing opens the door to the maximum amount of earnings potential from private companies before they ever reach the stock market.

These ventures are hitting $1 billion valuations faster than ever, and a lot of this growth takes place before ever reaching IPO.

In the case of Twitter, the lucky few that got a piece of private stock were exposed to 2,692% gains during its pre-IPO era. After going public, Twitter has only grown 78% overall. That means you could have made 34 times more money by investing in Twitter pre-IPO.

Similarly, anyone invested in Facebook pre-IPO could have turned $1,000 into $2 million. There’s simply no way to see such gains through the traditional stock market. The wealthy have been using this system for decades, but it’s finally our turn to get a piece of the action.

Perhaps the best news of all is that there’s no significant financial requirement to get involved in the space. On the contrary, $50 or $100 is more than enough to get started at the pre-IPO level. Even these tiny amounts can see incredible profit margins in a short time.

He’s worked out the science behind detecting businesses set to explode before going public and wants to share this knowledge with you.

Let’s unpack the Early-Stage Playbook and other bonus features Milner includes in this exclusive package. 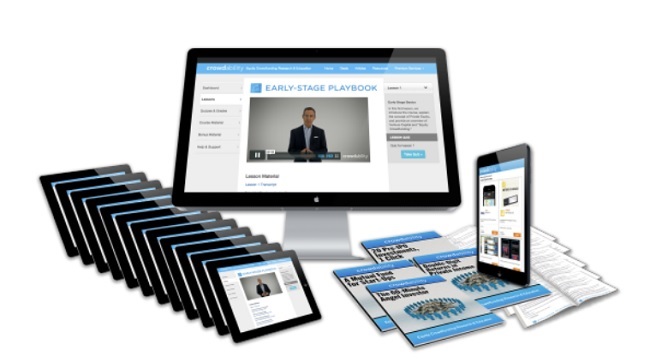 What Comes with The Early-Stage Playbook: Pre-IPO Cheat Codes Bundle?

Below you’ll find a description of everything included with Matt Milner’s Pre-IPO Cheat Code deal.

The true secret to unlocking Pre-IPO cheat codes comes via the Early-Stage Playbook.

As an education service, the Early-Stage Playbook shows you precisely how to use Pre-IPO investing to maximize profits and minimize investment risk at the same time.

Matt Milner created a 12-video library covering the entire Pre-IPO cheat code process from start to finish. In all, the online course has more than 5 hours of content.

Each Early-Stage Playbook course features direct teaching from Milner and his business partner. The material is so comprehensive that even individuals with little to no investment experience can make use of the system.

The process of building your own early-stage portfolio can be simplified into three easy steps. It uses a proprietary investment strategy Matt Milner discovered, known as the ASE process. In effect, the Early-Stage Playbook course identifies exactly how much money to put into early-stage investments. Having this information in advance could dramatically reduce risk while boosting income potential.

He then teaches how to screen out non-viable companies while looking for indicators that help predict a private business’s future success. Best of all, the process is backed by years of work and Milner’s achievements.

As you journey through the 12-video course, Matt Milner and crew name-drop specific opportunities to help build up a portfolio.

Once you’ve completed the Early-Stage Playbook, you’ll have a much better idea of what to look for when adding companies to your list.

Should you decide within the first 30 days that the Early-Stage Playbook isn’t your jam, you can reach out and receive a complete refund. There are no hidden fees, chargebacks, or questions asked.

The buck doesn’t stop at the Early-Stage Playbook. Milner and his team have chosen to include the following bonus reports for download:

The 60-Minute Angel Investor is a simple checklist you can use to vet the best-looking startups. You’ll need less than an hour a week to complete the process and have a list of solid investable companies.

In Double-Digit Returns in Private Income, Milner shares that private markets are much bigger than early-stage companies. Nearly every asset class dips into the space, and this guide reveals the secrets of profiting from these opportunities.

Private bonds in particular can provide double-digit returns on your investment. You’ll learn where to locate these bonds and the best ways to invest in them.

Within the digital pages of this bonus report, you’ll learn about investment opportunities beyond early-stage companies.

Late-stage private enterprises are also ripe for the picking, even though they may already have big revenue streams and thousands of employees.

As these businesses approach an initial public offering, the risk is quite low that they will flounder. While you won’t make as much as early-stage investments, it’s still possible to earn gains exceeding 300% or 400%.

There’s a way to capitalize on dozens of these ventures, and this guide has the answers.

For investors looking to acquire all the information they can, the Platinum package is where it’s at.

Only within the Platinum package can you obtain access to two in-depth case studies valued at $400. Milner and his business partner walk step by step through two actual early-stage investments and show you exactly how the Early-Stage Playbook works.

The Early-Stage Playbook: Pre-IPO Cheat Code Bundle has a lot going for it, but no one is perfect. Check out the pros and cons of this service below:

The Early-Stage Playbook Reviews by Users

There aren’t any reviews available for The Early-Stage Playbook on trusted internet sites, but don’t let that deter you. Milner does offer up a few examples of regular folks who invested in one company pre-IPO and reaped massive gains.

The Early-Stage Playbook helps make low-risk decisions. However, Milner makes it clear that not every company is a slam dunk.

For those that find success, just as many fall by the wayside. Using the indicators built into his system offers the best chance of uncovering a good pre-IPO cheat code.

>> Uncover what Early-Stage Playbook has to offer << 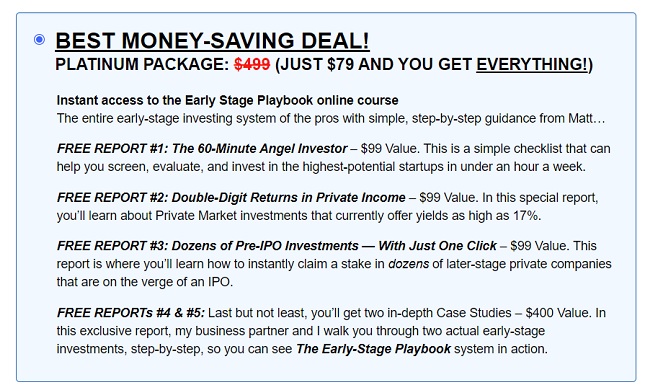 How Much Is The Early-Stage Playbook: Pre-IPO Cheat Codes?

The Early-Stage Playbook: Pre-IPO Cheat Code has three price tiers you can choose from, depending on the content you’re after.

For just $39 out of pocket, you’ll receive the entire Early-Stage Playbook course and everything within. That’s 12 unique videos from Matt Milner himself, explaining the entire system in detail.

Upgrading to the Gold package for $79 also provides access to The 60-Minute Angel Investor and Double-Digit Returns in Private Income. Each of these digital guides normally retails for $99.

The Platinum package is truly where it’s at. For $79, the SAME PRICE as the Gold Package, Milner throws in his Dozens of Pre-IPO Investments report and two case studies showing in detail how the Early-Stage Playbook actually works with real-life examples.

Is The Early-Stage Playbook Worth It?

Early-Stage Playbook is a great service that is well worth the price. Matt Milner understands the ins and outs of early-stage investing, and he shares valuable insights with members.

Cold, hard facts make it clear that new tech companies see the most potential for growth in the early stages, before the thought of an IPO ever reaches the table.

The Early-Stage Playbook reveals the secret code for getting the earliest start in these companies while creating the largest potential for gains.

The course is easy enough for most investors to understand, showing the exact process to secure the best chance of success. Matt and Wayne even walk through real-life examples to see the playbook in action.

It certainly doesn’t hurt that acting now allows you to get nearly $900 worth of material for just $79 through the Platinum package. Better yet, you’ll have 30 days to obtain a full refund if anything about the course doesn’t sit right with you.

Milner makes it clear that such a deal won’t be around for long, so take advantage while you still can.

>> That’s it for our Early-Stage Playbook review. Sign up HERE <<