Russia-Ukraine Conflict: How Will It Affect The U.S. Stock Market? Experts Weigh In 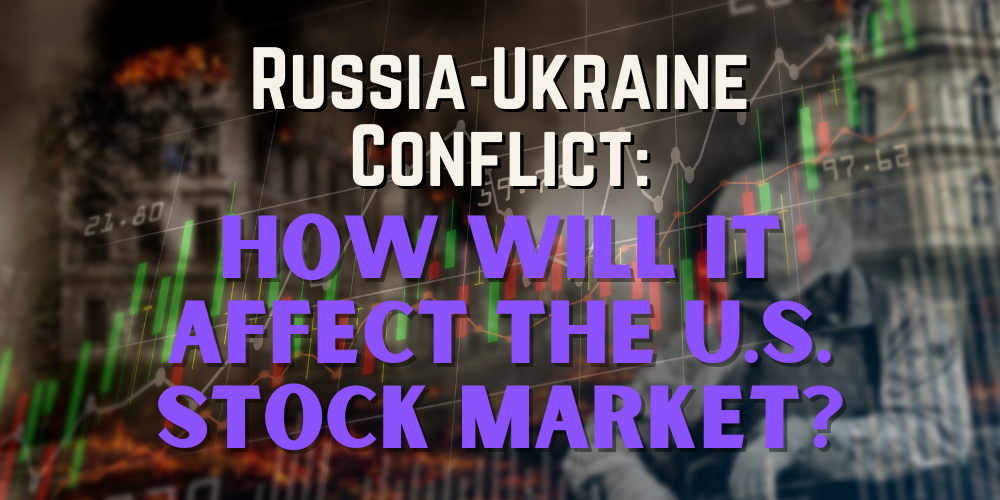 The Russia-Ukraine conflict has investors on high alert as markets worldwide react to the crisis. Experts agree that the conflict has increased market volatility, but many wonder how long this will last and how it will affect the U.S. stock market down the line.

We spoke to a few experts with valuable insight on the issue. Let’s see what they have to say. 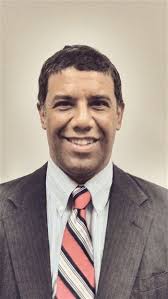 “Because of the criticality of Russian and Ukrainian grain exports to highly import-dependent, poor countries in the Middle East, North Africa, and sub-Sahara Africa, the explosive inflation and dearth of availability of fertilizer and pesticides, agrarian manpower shortages for planting & harvesting, and on-going supply chain challenges can trigger a geopolitical firestorm with civil unrest simultaneously in dozens of democratic and autocratic ruled countries.

For this reason, one can expect extreme market volatility over an extended period of time matched by investor panic because this is an unprecedented period.”

Also, Albert continues “The usual market indicators such as energy, gold, grain futures, and other essential commodities have surged with the initial invasion but have since leveled off. At this moment, there exists a considerable uncertainty as to how the conflict will play.”

“It’s hard to say. On the one hand, the conflict could lead to increased global instability and uncertainty, which could spook investors and send stock prices plummeting.

On the other hand, if the conflict drags on or intensifies, it could lead to higher oil prices and a boost in energy sector stocks. And finally, if the US decides to get more involved in the conflict (e.g., by providing arms or military support to Ukraine), that could also have a positive impact on stock prices as investors become more confident in the country’s economy and prospects for growth.

In short, it’s impossible to say exactly how the Russia-Ukraine conflict will affect stocks going forward. All we can do is watch and wait to see how things unfold.” 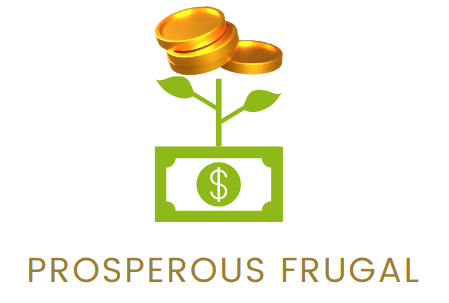 “The hedge fund manager Ray Dalio shared in his book Principles for the World Changing Order how to cope with inflation. He also used the same book as an in depth template analysis of the current changing order. Recently, he published how the NATO-Ukraine-Russia situation is unfolding. In times of war, inflation rises and confidence in currencies decrease. Mostly among non-allies countries.

As inflation rises, companies will have to increase the prices of the products and services they provide. Hence, it works as a hedge from inflation. There, he also sees how alternatives to inflating currencies are useful. Right now, gold and its digital equivalent, Bitcoin, are tools to protect a portfolio against inflation.” 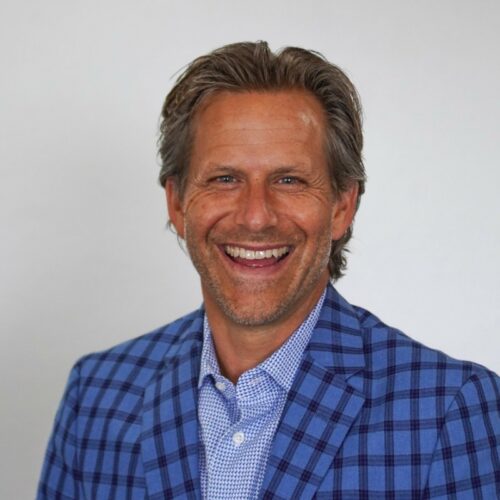 “As many investors are aware, over longer periods of time financial markets tend to ebb and flow from periods of increasing prices or “Bull Markets” to periods of time when prices decline or ‘Bear Markets’.

A big factor of how a global conflict like the war in Ukraine affects financial markets can be when that conflict happens within these bull and bear market cycles.

For example, in March of 2003 when the Iraq war began stock markets were in the early phases of a rebound after the bear market of the 2001 – 2002 Dot-Com bust (Nasdaq declined over 70% during those years) and interest rates were at much higher levels and inflation was at much lower levels than they are today and this gave the Federal Reserve a lot of room to be accommodative in creating an environment of growth.

In fact, I can recall reading articles from market pundits back in 2003 that were claiming that inflation was dead, and in hindsight, for a period of time those pundits were right and this provided The Federal Reserve a lot of cover in creating policies to help stimulate the economy during and after the Iraq war.

Now, at the current time, we seem to find ourselves on the other side of these cycles. Rather than equity markets being at lower valuations after a bear market (like they were when the Iraq War started) they find themselves at some of the highest historical valuations investors have seen in their lifetimes.

In addition to that, interest rates are near historic lows while inflationary pressures are at historic highs putting the Federal Reserve in a precarious position, to say the least.

The closest historical reference we have for a time that included some similar market factors as we are seeing today along with a global crisis is the early seventies as the Vietnam War was coming to an end.

At that time The U.S. Government was heavily indebted from the war, supply chain issues were rampant (remember odd and even days and oil embargos?), inflation was running hot, interest rates were in the middle of rising year over year for many years, commodity and real estate markets were all the craze and the stock market was in a multi-year secular bear market.

As we mentioned before, history doesn’t always repeat itself but it does tend to rhyme over time and may be something equity investors should consider when they ask ‘How may the Russia-Ukraine crisis affect the U.S. stock market?’ ”

Doug Carey, a Chartered Financial Analyst (CFA) and the president at WealthTrace, tells us: 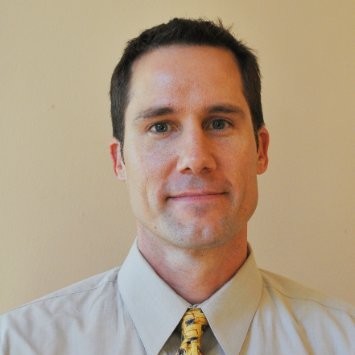 Of course, if this succeeds in bringing down inflation that the long-run impact on the stock market will actually be positive. Russia’s invasion of Ukraine is mostly impacting energy prices. What the Fed is doing will impact nearly every sector of the economy and every investment asset.

Cheap money has fueled booms in housing, the stock market, and a lot of speculative investments. If the era of cheap money really is over then these booms will turn into a bust. In this environment, gold is a great investment and hedge against volatility and high inflation.

Historically gold does very well in times of serious volatility and high inflation.

Many investors are underestimating the impact that inflation and increasing interest rates will have on the stock market and volatility. We have not seen anything like this in over 40 years and there is too much optimism.

The stock market is headed for a serious reckoning if the Federal Reserve follows through on all of its promised interest rate increases. The market had been pricing in cheap and easy money for a long time and now that is coming to an end.

We should all be prepared for serious volatility ahead, but also great deals on stocks after the coming bear market is over.

On the plus side, as interest rates keep climbing it will make more sense to save money to high yield saving accounts and money market accounts that can finally earn a decent yield. Also, retirees might finally be able to earn a positive real interest rate on their fixed income savings.” 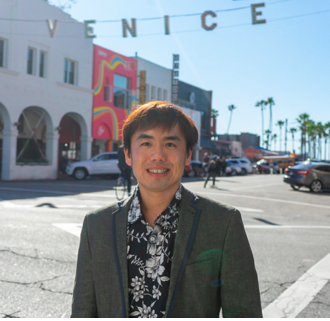 “Since Russia and Ukraine are big exporters of oil and grain, we can expect inflation to remain elevated in the future. While we’ve had a rally last week, the stock market will have a tough time repeating the gains of the last few years.

The dollar is likely to lose its position as the reserve currency of the world.

The US and other allies in Europe have cut off Russia from the SWIFT network and seized the currency reserves Russia has in their countries.

This is going to lead to the world to become more balkanized in the future as countries like China will be more hesitant buying and storing assets in the United States.”

Also, Mark adds, “markets will continue to volatile as the impacts of the disruption of exports and the financial impacts of sanctions bite in unexpected ways.

Looking at the current situation, it’s hard to see us avoiding another year or two of inflation. We might even get into a dangerous inflation spiral but will be difficult to get out of even if the Fed increases interest rates dramatically.

Investors would do best to be nimble in this environment. Eliminate margin debt and have some cash on hand to buy the dip.

Rebalance your portfolio to the companies that you think have a good future. Consider getting out of countries that have a poor history of rule of law like China – your stock might go down 99% in a day like it did with Yandex and Sberbank.” 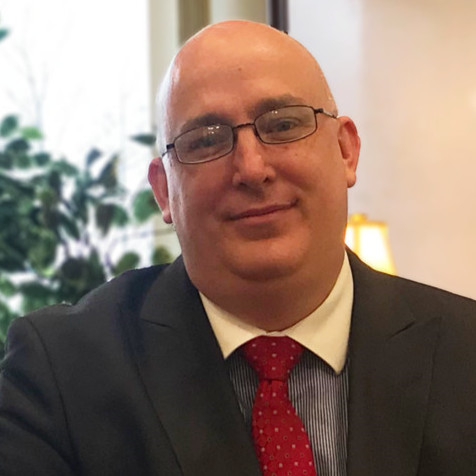 “In terms of the stock market, I see a lot of turbulence in the future. It is still uncertain what is going to happen in the coming weeks and months, and depending on the way it goes, it will either be good or bad for us.

We can already see that gas prices have taken the most significant hit and the biggest toll on American consumers right now. We also cannot forget that we are still being impacted by foreign shipments and dealing with delays and shortages due to the pandemic that is still going on and affecting the entire world.

If peace is able to be reached, we may be able to see things start to smooth over in the market. However, if no agreement can be achieved, we should expect some significant turbulence and even potentially a recession.”

Russia-Ukriane Conflict: How Will it Affect the U.S. Stock Market?: Final Thoughts

The Russia-Ukraine conflict has already begun affecting the U.S. stock market, and will likely do so in the future. Most experts agree that volatility and inflation are likely not going anywhere for a while and that investors should be prepared for a bumpy ride.

While this may sound much less than ideal, some in the financial space explain that although these factors are less than favorable, there are ways to prepare for and hedge against inflation and market volatility with careful financial planning.