How A Crypto Billionaire Lost His $16 Billion Fortune: The Downfall Of FTX 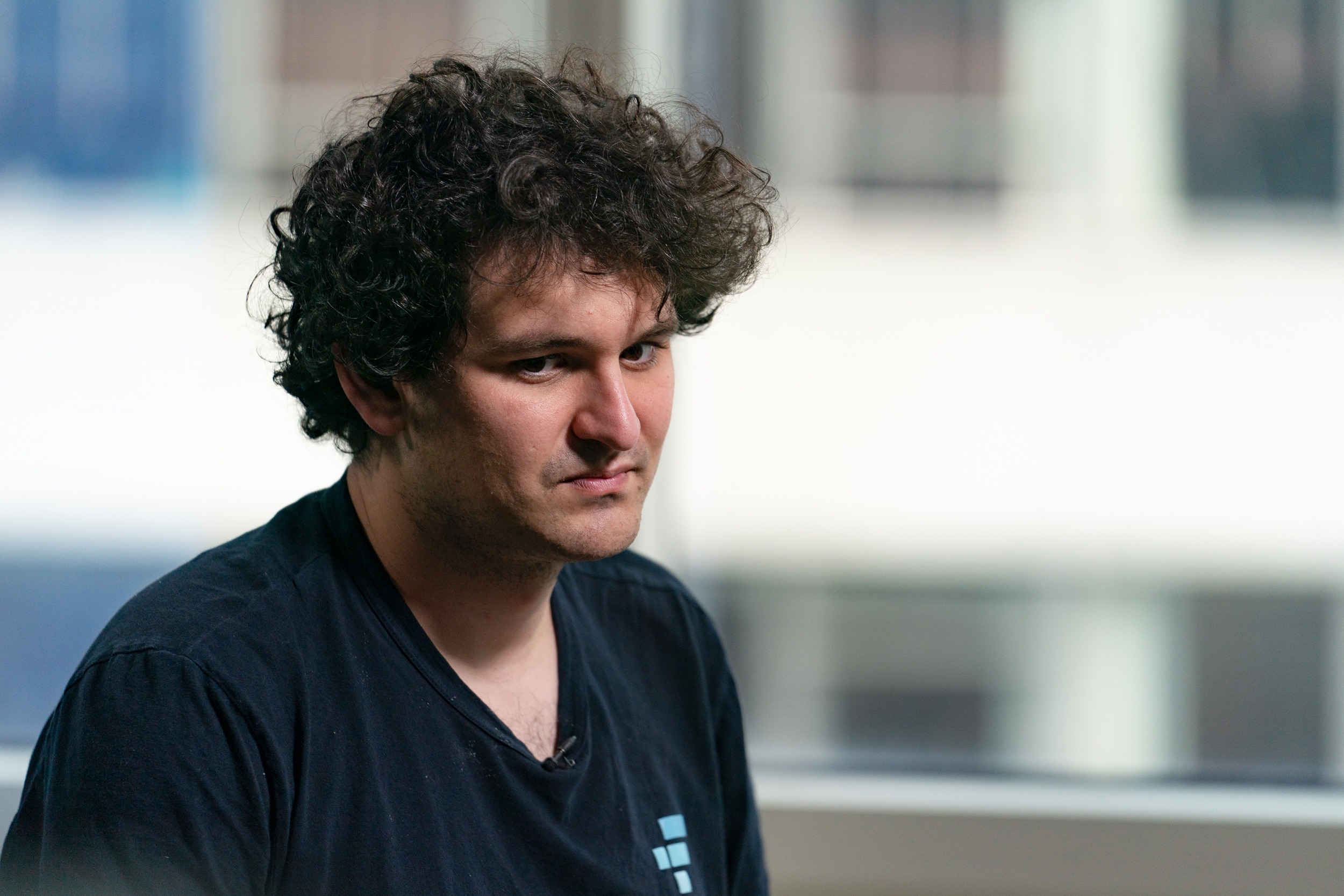 It has been a crazy week in the crypto space. The world’s second largest crypto exchange, FTX, has officially filed for bankruptcy. This came on the heels of an admitted “liquidity crunch” a few days earlier.

Although this has all unraveled rather quickly, the problems seem to date back to July last year.

Binance, the world’s biggest Crypto exchange and an early investor in FTX, decided to sell its stake in the Crypto exchange for $2.1 Billion of FTT – a token FTX launched.

Everything began to unravel on 02 November, when CoinDesk – a popular source of crypto news, released an article claiming that the balance sheet of Alameda Research held billions of dollars of FTT and had been using it as collateral for other loans.

Both FTX and Alameda Research are sister companies that Sam Bankman-Fried ran. 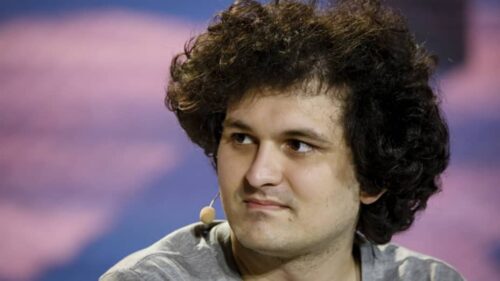 The issue is that FTT has no real value other than an agreement that FTX would buy any tokens at $22 each. It all began to look like a bit of a giant house built on sand, with the potential to come crashing down at any moment.

To fuel the fire of an already volatile situation, the Binance CEO tweeted that his company would sell its FTT holdings, equating to approximately 500 million dollars, citing “recent revelations that have come to light” – believed to be in reference to Alameda’s balance sheet. 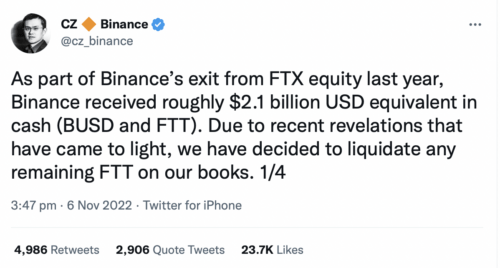 The price of FTT fell off a cliff – dropping more than 80% over a few days. FTX users, worried that their funds were no longer safe with the Crypto exchange, hit panic mode and rushed to withdraw over $5 Billion in assets over a 3-day period.

This was substantially more than the typical tens of millions of dollars per day.

Binance’s CEO announced on November 8 that Binance had signed a letter of intent to acquire FTX but noted that they reserved the right to “pull out from the deal at any time.”

Binance did indeed pull out from the deal on November 9, with the CEO, Changpeng Zhao issuing a statement via Twitter. 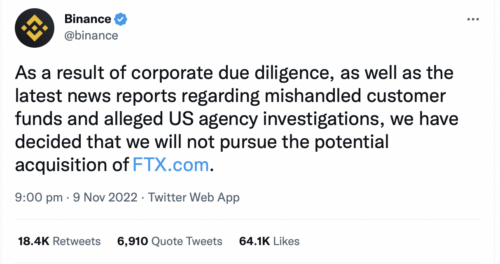 This left FTX little option but to file for bankruptcy, which was confirmed on 11 November. Filing for Chapter 11 bankruptcy will allow the company to continue to operate while restructuring its debts under court supervision.

The proceeding involves FTX and Alameda Research, a trading firm founded by Sam Bankman-Fried, and approximately 130 affiliates, according to the statement FTX shared on Twitter.

How drastically things can change in the space of a few weeks. The now ex-CEO Sam Bankman-Fried was likened to Warren Buffett and lauded for being a genius just a few months ago.

Now, he has watched his empire crumbling right in front of his eyes in the space of a week or so, and reportedly lost nearly $16 billion as a result.

In the broader scheme of things, there are more question marks than ever in the cryptocurrency space as a whole. Many are calling for tighter regulations and better protection for investors.

If this had been in place, this disaster might have been averted.

These 5 Companies Could Be The Next Meme Stock In 2022!