Trump Tax Returns Will Be Made Public Former president Donald Trump’s tax returns will be made public. The House Ways and Means Committee, which oversees tax-related issues, confirmed that they voted in favor of the returns being released.

This announcement ends a nearly four-year legal battle to obtain the documents. The committee has voted 24 to 16 in favor of releasing the documents.

The committee confirmed that the tax returns from 2016 to 2021 would be partially redacted and released within a few days. After the committee cast its vote, it was revealed that the Internal Revenue Service also failed to audit Trump during his first two years as president, even though auditing of sitting presidents is mandatory.

It is not required by law that US presidents release their tax returns, however, prior presidents have done so voluntarily, except for Trump. The former president kept his cards close to his chest and has not publicly released his tax returns. Not surprisingly, Republicans and Democrats on the committee hold opposing views concerning the matter.

Republican Kevin Brady said, “Let me be clear: Our concern is not whether the president should have made his tax returns public, as is traditional, nor about the accuracy of his tax returns. Our concern is that, if taken, this committee action will set a terrible precedent that unleashes a dangerous new political weapon that reaches far beyond the former president.”

Meanwhile, Democrat Brendan Boyle said after the vote, “This is one of the most important votes I will ever cast as a member of Congress, and I stand by it 100%.”

Donald Trump was the first president since Richard Nixon in 1972 who declined to publicly release his tax returns while campaigning for the oval office. At the time, Trump said he was happy to release his returns – but only after an audit by the Internal Revenue Service had concluded. 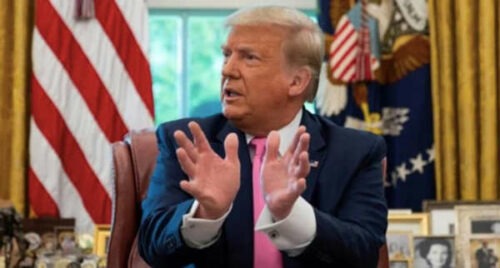 Trump’s campaign has condemned the vote as a political attack, “This unprecedented leak by lame-duck Democrats is proof they are playing a political game they are losing. If this injustice can happen to President Trump, it can happen to all Americans without cause.”