What Is Empire Elite Growth?

Abeyta likes small and mid-cap stocks because they have the potential for long-term growth, so Empire Elite Growth tends to favor these types of picks.

Abeyta believes that a well-diversified portfolio only needs about 10 to 15 excellent stocks to be effective, so EEG is very selective about its picks. 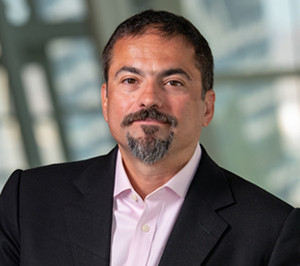 Who Is Enrique Abeyta?

Enrique Abeyta is the editor for Empire Elite Growth and a 20-year finance vet.

During his time on The Street, he raised 2 billion in capital and managed both long and short hedge funds.

Abeyta’s credentials are top-notch, but where he stands out among the pack is his versatility.

Many gurus understandably stick to a specific trading niche, but Abeyta’s well-rounded background in finance allows him to tackle several investment strategies.

While Empire Elite Growth is a long-only newsletter, his picks are based on an extensive understanding of the market that only comes with vast experience investing in long and short positions.

Enrique Abeyta’s net worth is not publicly available.

We’ll keep you in the loop if this changes.

What Is Empire Financial Research?

Empire Financial Research is a financial research and publishing firm founded by Whitney Tilson in 2019.

The Empire Elite Growth newsletter is the centerpiece of the service and provides subscribers with stock picks every fourth Wednesday of the month.

As we said above, these are small-cap and mid-cap stocks that Enrique Abeyta believes could have solid upside potential.

The team recommends readers have at least $10,000 to invest when they sign up.

That’s a pretty lofty sum, but you will need it to build your positions and adequately diversify your portfolio.

The average holding period for an EEG stock is between a few years and a decade. 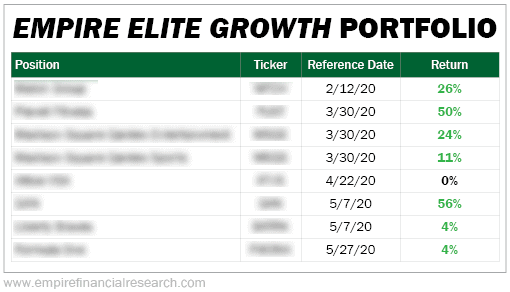 Empire Elite Primer contains a comprehensive summary of Abeyta’s trading strategies, which he developed over a 30-year investing career.

It’s great if you want to apply Enrique Abeyta’s trading strategy and analysis to your own stock ideas.

In addition to the monthly newsletter, Empire Elite Growth gives you access to two special reports that offer even more stock picks.

These stocks were important enough to warrant their own separate reports, so if you sign up, you might want to check these out first.

One Year of Empire Elite Trader

New issues come out every Wednesday so that you can stay updated on the latest market-moving news.

Unlike Empire Elite Growth, Empire Elite Trader focuses more on short-term trades with average holding periods of a few months at most.

One Year of Empire Stock Investor

We have a full review of Empire Stock Investor if you want to know more about this service.

Like Empire Elite Growth, this service is packed to the brim with fantastic market research and stock recommendations. 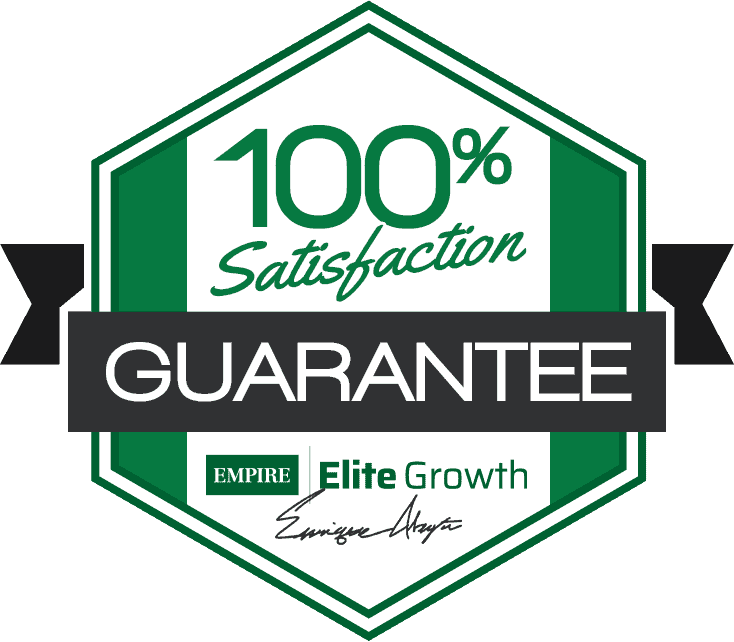 Abeyta states that you will see three triple-digit winners over your first year, or he’ll give you another year for just $25.

It’s not a refund, per se, but it’s an indication the man stands by his picks.

Enrique Abeyta brings a wealth of knowledge to the research, and his experience as a hedge fund manager shines through in his analysis.

We found a lot to like in our Empire Elite Growth review, but there are some downsides.

This service is still relatively new, so there aren’t many confirmed testimonials floating around the net just yet.

However, Empire Financial Research’s BBB page has an A+ rating, so it looks like most customers are satisfied with the service thus far.

Perhaps the best indication of Empire Financial’s reputation is Abeyta’s track record, which is overwhelmingly positive.

How Much Does Empire Elite Growth Cost?

Empire Elite Growth is still a new service, and they plan to start charging $5,000 a year for subscriptions eventually.

However, you can become a charter member and access this year-long subscription for only $2,250.

That includes access to the flagship newsletter, plus the entire selection of supplementary ‘bonus’ materials.

The add-ons are worth nearly $2,200 on their own, so you get a lot of value for your dollar.

Altogether, the full selection of items typically goes for about $7,000, so the founder discount knocks off more than 67%.

Is Empire Elite Growth Worth It?

Given all the high-quality market research and stock picks on offer, Empire Elite Growth looks to be well worth the sticker price.

It’s an excellent value at $2,250, especially when you factor in all the bonus materials.

If you’re serious about trading, it’s a small price to pay to access this kind of high-level research.

It’s not cheap, but the team at Empire is one of the best in the business, and, in this business, you have to pay for quality.

You could easily earn back the cost of your subscription with one home-run trade.

If you have a decent nest egg built up and invest for the long term, you can’t do much better than Empire Elite Growth.