Take a look at our top picks for TaaS company stocks to watch out for.

TaaS stocks show there’s money in the rental economy, mainly in ridesharing services and technologies like self-driving and electric vehicles.

Transportation as a service (TaaS) — which includes ridesharing services, car rentals, and car subscriptions — is a burgeoning industry that has taken off in the past few years.

According to Mordor Intelligence, the global ridesharing market could achieve a compound annual growth rate (CAGR) of over 17% until 2026; by the end of the forecast period, the market value could reach at least $60 billion.

Demand, needs, and technology drive the growth for TaaS companies in the transportation industry today.

TaaS allows people to get around and enjoy the benefits of cars without owning one, while new technologies, such as autonomous vehicles, could offer even more forms of transportation.

Since TaaS is an industry growing so quickly, now could be a great time to invest in these companies.

Tune in for a breakdown of our picks for the best TaaS stocks to keep an eye on. 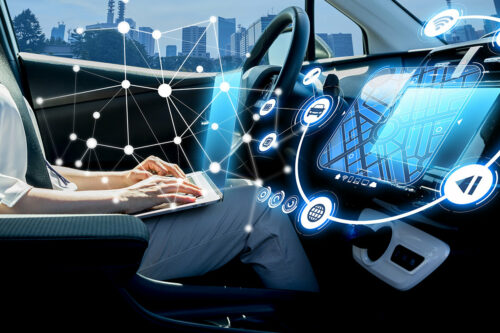 Renamed in 2011, Uber (formerly called Ubercab) is a mobility service provider that became one of the first popular ridesharing services in the United States.

This is because it has made private high-end direct transport more affordable for everyday people.

It has also morphed into a multi-line business, eventually offering food delivery services (UberEats and Postmates), package delivery, booze delivery (Drizly), and freight — all these without owning its own fleet.

Despite the controversies it faces, such as concerns over the independent contractor status of drivers and legal compliance, Uber remains upbeat and profitable.

The company dominates the US market, capturing 68% of ride-sharing services and 26% of food deliveries while expanding into other sectors, including healthcare, business, and supply chain.

The transportation as a service company is also getting more aggressive with using electric vehicles.

To encourage drivers to shift to EVs, the on-demand ride-hailing service will pay an extra $1 for every Uber trip.

Investors who buy TaaS stock in this car-sharing business could benefit from its robust presence and heavy investment in EVs. 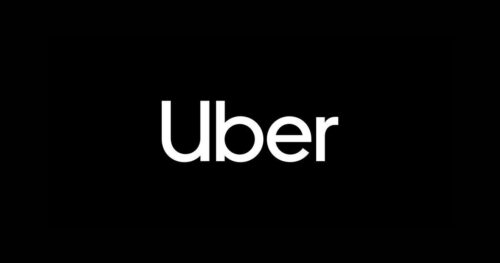 Launched in 2012, Lyft is another one of the growing number of successful ride-hailing services; it is also a direct competitor of Uber, ranking second on the market.

However, it changed its focus to accommodate a wide range of customers, including healthcare professionals and businesses, such as Slack, Salesforce, Delta, and the University of Southern California.

The ride-hailing company significantly recovered from the economic effects of the COVID-19 pandemic, reporting annual revenue of $3.2 billion in 2021, or 36% growth year over year.

After selling its self-driving car division to Toyota in 2018, it partnered with Motional to begin offering a robotaxi service in multiple US cities in 2023.

It also closed a deal with Argo AI and Ford, which will add at least a thousand self-driving cars to the app in the next five years.

Overall, Lyft could be a good investment for two reasons: solid financials and a focus on autonomous vehicles, which could achieve a compound annual growth rate (CAGR) of over 30% from 2021 to 2028, according to Fortune Business Insights. 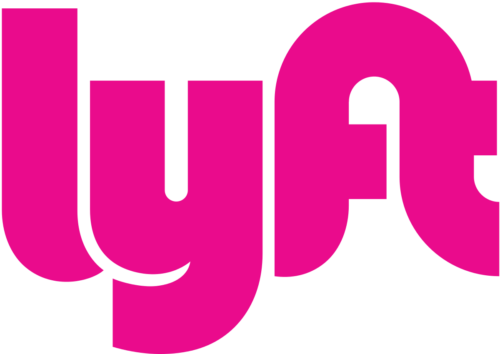 Best TaaS Companies to Invest In

Avis Budget Group is one of the primary leaders for car and truck rentals, with over 5,000 locations in 165 countries.

Although it’s mainly a car rental company, it had also joined the TaaS industry around three years ago when it partnered with well-known transportation-as-a-service businesses, such as Uber and Lyft.

Under the program, drivers who want to be part of Uber or Lyft but don’t have a vehicle can rent one from Avis locations.

Avis may also benefit from a new California law that recently took effect, saying that it could charge extra on additional charges.

This regulation could potentially increase its annual sales.

The Avis brand is also more technology-driven these days, connecting its entire fleet to its mobile platform and the cloud.

Interestingly, this move helps the transportation services leader create new business models that heavily involve fleet management and data as a service while providing a better ride experience for its customers.

More favorable city laws, innovation, and long-established leadership in the industry could elevate the Avis stock price in the near future.

DoorDash is an on-demand food delivery service based in San Francisco, where workers can send food via car or bike.

With a 56% market share, DoorDash dominates the food delivery market in the United States.

It also continues to expand to other countries such as Australia and Canada, partly through acquiring technology and food delivery businesses, such as Scotty Labs and Caviar.

This TaaS company also knows how to pivot; in 2019, it opened its first ghost kitchen, now a $43 billion industry, according to the National Retail Federation.

Third, it has a solid financial position, including raising $2.5 billion from venture capitalists, such as SoftBank Group, Charles River Ventures, and Sequoia Capital.

The food delivery company has also built a very impressive network of over 3 million independent contractors and has partnered with grocery and pet stores, besides restaurants.

If you’re looking for a company with a solid foothold in food delivery, keep a close eye on DoorDash. 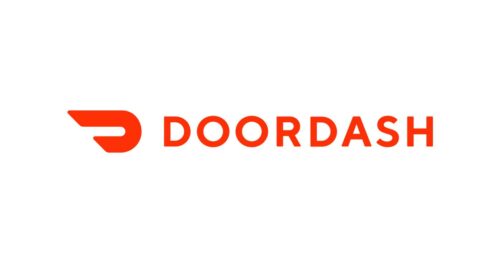 The Florida-based Hertz Corporation is a subsidiary of Hertz Global Holdings Inc. and is considered to be one of the largest and most popular car rental brands in the world.

It operates in over 150 countries.

The company has also diversified its lease portfolio to include Firefly Car Rental, offering low-cost rentals in over ten countries.

Hertz Global Holdings has bounced back after filing for bankruptcy, earning $2.2 billion in its third-quarter 2021 report, a 19% increase from the second quarter.

It is also investing heavily in technology, aggressively competing with Uber and Lyft.

The transportation as a service company plans to purchase 100,000 Tesla vehicles to make Hertz more sustainable, cost-effective, and appealing to consumers who want to use or drive an electric car.

Hertz is gaining momentum after a year of poor market performance, which could trigger a boost in its stock price.

When considering TaaS stocks, many overlook aerial transportation, such as drone delivery because it is still a young concept and market capitalization is more likely lower than others on this list.

However, being disruptive and an early adopter means the company could be in a unique position to capitalize on an emerging market.

Emergen Research revealed that the market for drone delivery services could be worth almost $10 billion in 2027, with two huge industries, healthcare and food, driving its demand.

Investing in this penny stock could provide an opportunity for growth as the demand for drone deliveries increases.

Those looking for high returns despite the higher risks in the TaaS market can look into Drone Delivery Canada. 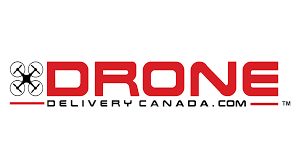 Virgin Galactic is carving out its own niche in the TaaS industry called space tourism.

A part of Richard Branson’s Virgin Group, it has already sent its first passengers into space in 2021, with plans of blasting paying customers beyond the atmosphere in 2022.

It wants to make supersonic travel not only environment-friendly but also cost-effective for both airlines and customers by cutting flight times by as much as 75%.

Right now, Virgin Galactic looks like it might be a high-risk, high-reward stock, and the volatility stems from the massive upfront cost for this tech as well as its untested business model.

However, its position as a leader in this industry makes this TaaS stock a particularly intriguing pick.

Besides electric and driverless vehicles, consumers could see an increased number of air taxis within a decade, and one company currently developing this technology is China-based EHang.

Founded in 2014, this transportation as a service brand has already conducted trial flights for its air taxis using similar technology to drones.

It could have many potential applications, especially in public transportation and medicine deliveries.

Meanwhile, a study on air mobility options revealed that air taxis could have a market potential of over $315 billion in at least 50 cities in 2040.

In January, the company has already received a pre-order of 50 units from Japan using the platform for its urban air mobility projects and 2025 World Expo in Osaka.

Because the idea is new, its TaaS stock could be classified as a high risk. 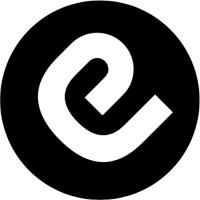 Should You Buy TaaS Stocks?

Investing in TaaS stocks could be a solid strategy under the right conditions.

The TaaS industry has grown immensely in only a few years because of the convenience it offers to the public.

Many TaaS companies have already succeeded in diversifying their portfolio, expanding their markets, and opening new ones — particularly in healthcare and defense.

The TaaS sector also benefits from the increased demand and innovation in the transportation industry.

The number of self-driving cars, for example, could increase by a million in 2030.

Some critics argue that TaaS services are not as green as they’d like to be since many vehicles still use internal combustion engines that contribute to carbon emissions.

However, this could change soon with the integration of electric vehicles into the fleet.

Lastly, a TaaS company is less likely to get affected by the possibly marked decrease in car ownership in the future as consumers prefer environmentally friendly vehicles and sustainability and avoid increasing costs of purchasing and maintaining a vehicle.

According to Forbes, private car ownership could decline by over 75% by 2030 in the United States while the number of passenger vehicles could drop to fewer than 50 million within the same period.

With the advent of new technologies and shifting trends in vehicle ownership, the TaaS industry could be poised for some serious growth.

That being said, there are some challenges that the industry will need to overcome, such as transitioning to EVs and autonomous vehicles.

In the meantime, these companies are dominating fast-growing market sectors like food delivery and car-sharing services.

Check out the answers to the most commonly asked questions about TaaS stocks.

What Are TaaS Stocks?

TaaS stocks are securities offered by companies involved in the TaaS (transportation as a service) sector. These companies’ services could range from vehicle rentals, ridesharing, food and parcel delivery, drone logistics, and air mobility. Many TaaS companies use a third party to fulfill their services.

Is TaaS a Good Stock to Buy?

If you’re looking for an industry positioned to see growth, TaaS could be a good investment for the long term. Despite being sensitive to events like the COVID-19 pandemic, legal and labor issues, and the newness of some business models, the industry has a lot of momentum behind it.

Where Can I Purchase TaaS Stock?

There’s no shortage of online brokerages to trade TaaS stocks on. That being said, many retail investors prefer more accessible platforms like Robinhood and Webull.

Will TaaS Stock Go Up?

TaaS stocks are not immune to price fluctuations, and some can be significantly volatile. However, most industry experts believe that these investments could increase over time as vehicle-related technologies like air mobility become more stable and the business models more mainstream.

Is TaaS a Stock or Cryptocurrency?

The term “TaaS” refers to many things. It can be a cryptocurrency token traded on Ethereum or a group of stocks from transport-as-a-service companies, such as in the context of this article.

What Is Whitney Tilson’s TaaS Stock?