Whitney Tilson claims that he’s spotted a SynBio opportunity with enormous potential. But is he really on to something? Check out my Empire Stock Investor review to find out.

What Is Empire Stock Investor?

The typical investment horizon is about three to five years. And the newsletter does not cover short positions.

The team also recommends that subscribers have at least $1,000 to put toward each opportunity. However, this is just a suggestion.

I’ll dig into everything included. But first, let’s take a look at the service’s lead. 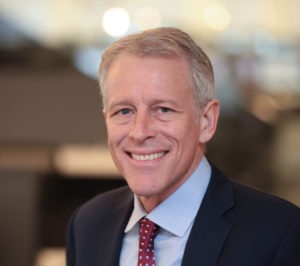 Who Is Whitney Tilson?

Whitney Tilson is an excellent analyst and the founder of Empire Financial Research.

He also leads the Empire Investment Report, which targets small to mid-cap stocks.

Before launching Empire Research, Whitney was a long-time hedge fund manager and investment advisor. And he worked with some of the most prominent investors on the planet.

He even launched a fund of his own, Kase Capital Management, and personally oversaw its investments. Altogether, he spent more than two decades working around the investment markets.

Eventually, his focus pivoted away from the lace-curtain Wall Street crowd. In 2019, he launched Empire Financial Research and dove headfirst into retail research.

Today, more than 200,000 readers worldwide follow Whitney’s work. And he’s taken to his new retail research career like a natural.

What Is Empire Financial Research?

Empire Financial Research is the publisher behind Empire Stock Investor. Founded by Whitney himself in 2019, the company specializes in investment research.

In addition to Empire Stock Investor, the company has several other newsletters and analysts under its banner.

According to Empire’s website, its investment strategy leans to the contrarian side of the spectrum, and that’s precisely what many want out of a research firm.

After all, there’s no sense paying for premium research if they’re talking about the same old stuff shared on major finance networks.

Despite being just three years old, Empire Financial Research has been very successful, thanks to Whitney and the company’s other veteran analysts.

What Is Whitney Tilson’s $4 Inflation Stock?

Whitney Tilson’s $4 Inflation Stock is a company that Whitney believes is uniquely positioned to overcome the US’ recent bout of inflation.

This is because he and his team anticipates that its growth potential could vastly outpace inflationary pressures.

According to him, the company is showing key indicators that lead him to believe that this could be a breakthrough stock.

I’ll tackle these indicators more as we go. Let’s start with a look at the company’s industry, SynBio. 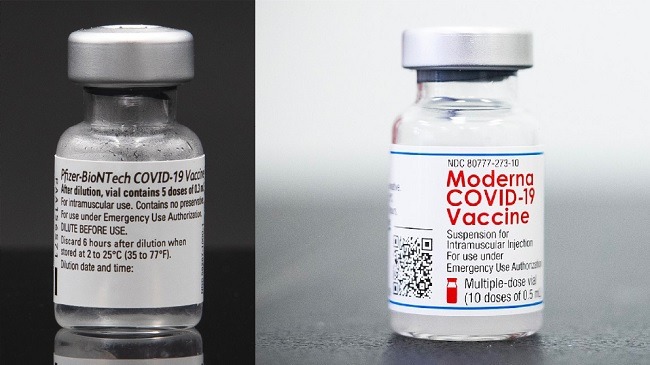 While it sounds like science fiction, there are tons of practical applications in use today.

An example touched on in the $4 Inflation Stock presentation is Moderna and Pfizer.

Both of these companies leveraged SynBio technology to fast-track the development of their COVID-19 vaccines.

All in all, SynBio is an impressive technology that’s steadily weaving its way into our lives.

Its seemingly limitless potential has left many searching for a company that could make the most of this technology.

Fortunately, the team believes they have finally found a stock that could do just that.

Let’s take a look at why. 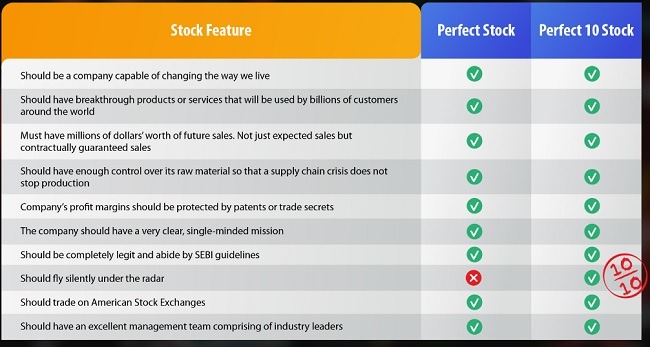 He also reveals that his secret stock checks all the boxes.

To be considered a “perfect” 10 in his eyes, a company must:

Interestingly enough, many companies are inches away from a “perfect” 10. Some include Tesla, Microsoft, Google, and Amazon.

However, they fail to check one box: flying under the radar.

On the other hand, Whitney estimates that “only 1 in 40,000 people have even heard” of his secret stock.

This is one of the reasons he believes its price could soar once the rest of the market catches on. There could be a lot of room for the company to grow.

Another draw is that the mystery stock is already working in concert with a variety of industry juggernauts.

“Rather than competing directly with everyone, from Microsoft and Apple to Saudi Aramco, Johnson & Johnson, and the leaders in every industry…

If you want to know more about this company, all the details can be found in the $4 Inflation Stock package.

It comes with an annual subscription to Empire Stock Investor, along with other bonuses.

This deal offers much more than stock recommendations. Keep reading for an in-depth review of every feature. 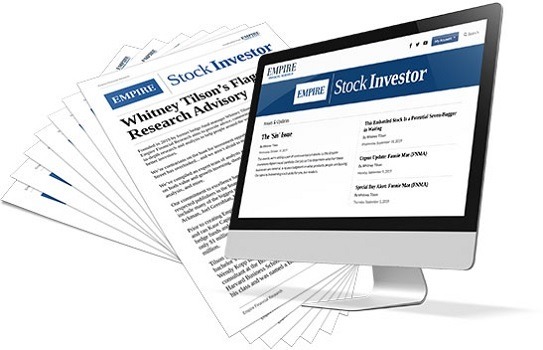 Empire Stock Investor is where you’ll find all the latest stock picks and research.

On the first Wednesday of each month, the team sends out a new stock recommendation, plus supporting research, analysis, and much more.

Whitney has a natural eye for growth stocks, and these alerts could lead you to many promising investment ideas.

By the time your first-year subscription is through, you’ll receive a total of a dozen stock picks from the newsletter alone.

Each stock goes into the Empire Stock Investor model portfolio. And the team will let you know if anything changes in the future through special updates and alerts.

The portfolio shows you the name of each stock, price, progress, and more.

The Empire Stock Investor team monitors the model portfolio closely and keeps you updated on its progress.

If it’s time to act on a trade, you’ll be notified with a timely alert explaining the circumstances and the recommended course of action.

You could also receive a notification if the team changes its outlook on a stock.

If they think it’s time to pull the plug on a pick, they’ll let you know.

Empire Stock Investor‘s updates keep you informed so you can react quickly to new circumstances. 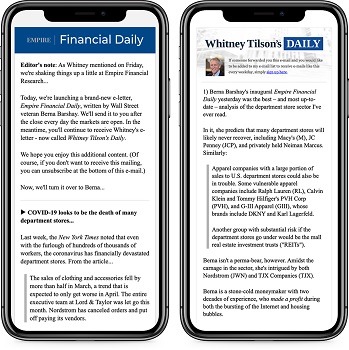 You also get access to a daily newsletter with your Empire Stock Investor subscription.

It comes straight from Whitney’s desk. And you get a new issue every market day before the opening bell.

The newsletter includes insights into the latest market moves and short-term trends. It’s an asset, and following along could greatly expand your investing knowledge.

Subscribers also get access to a bonus daily newsletter from the Empire team when they join.

Empire Financial Daily comes out every market day before the opening bell.

This brief is an excellent addition to the service.

It helps you make sense of the market and be better equipped to take on the trading day.

The $4 Inflation Stock package adds even more value to the base membership. 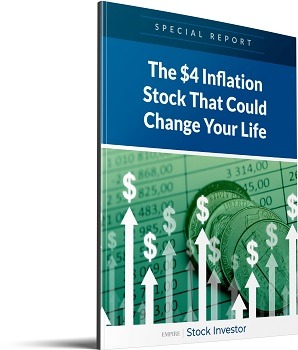 The $4 Inflation Stock That Could Change Your Life

This special report is the centerpiece of the $4 Inflation Stock package.

It unveils an opportunity in SynBio that he and the team believe could lift portfolios to new heights.

The team lays out the entire investment thesis, covering why this company’s potential eclipses other frontrunners in the SynBio space.

They anticipate their secret ticker could have a global impact of around $4 trillion a year. 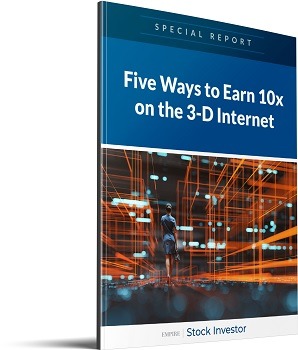 Five Ways to Earn 10X in the 3-D Internet

The team believes they have pinpointed five companies that could thrive in the era of 3-D internet.

However, Whitney says that these under-the-radar opportunities might be uniquely positioned to make waves on the world stage.

Healthcare, entertainment, and banking are just some of the industries that could be transformed by this technology. 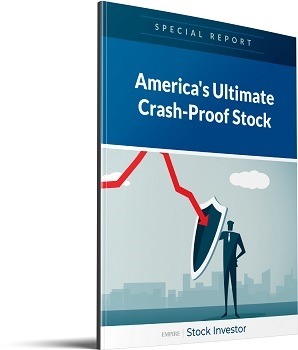 Whitney is tight-lipped about his crash-proof stock. However, he drops some details about why he’s so bullish on this opportunity.

He says that “you simply can’t find any stock as conservative and as low risk as this.”

Considering that this stock has withstood several financial crashes and downturns, it’s easy to see why he believes it has so much staying power.

Whitney also shares that one hedge fund he follows refers to this company as an “impenetrable fortress.” 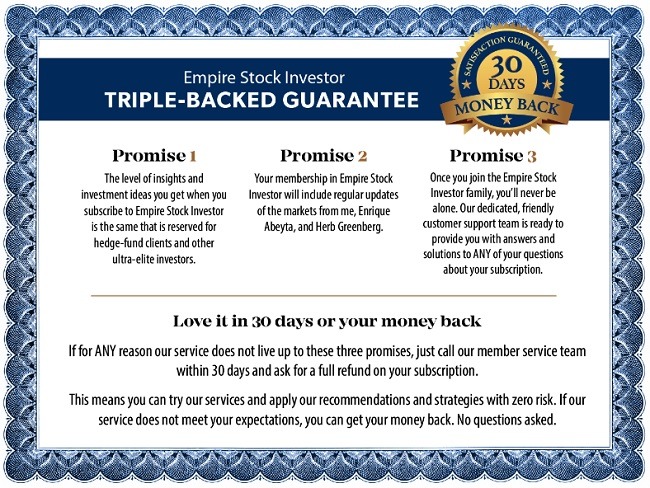 Under the $4 Inflation Stock deal, new memberships to Empire Stock Investor are backed by a 30-day money-back guarantee.

If you feel that the service doesn’t live up to your expectations, you can get a full refund of the subscription cost.

This is money back — not in-house credit.

It also lays out three promises:

The triple guarantee is a nice touch that shows that the team stands behind its work.

His foresight and predictions for the market have been stunningly accurate in the past.

After more than 20 years in finance, he has seen it all, including the dot-com bubble and subsequent crash, the 2008 financial crisis, and more.

He has been around the block, and he’s survived and thrived through some of the most devastating financial episodes in recent memory.

How Much Does the Service Cost?

A full 12-month subscription to Empire Stock Investor typically costs $199. However, our readers can get a special discount with this limited-time offer.

If you sign up now, you’ll get all the research reports mentioned above, along with a one-year subscription for only $49.

At that rate, your average cost breaks down to a little more than $4 for every month of service.

Is Empire Stock Investor Worth It?

Empire Stock Investor is a great newsletter with an excellent price. I recommend giving it a close look if you’re in the market for long-term plays.

The current deal saves 75% on a subscription, and it includes a boatload of bonus research and stock picks.

Even at the full price of $199, Empire Stock Investor is a solid value, but it’s an absolute steal at the discounted first-year rate of $49.

Remember, you’re covered for 30 days under the 100% money-back guarantee, so you don’t have to think twice about giving it a shot if you’re on the fence.

All in all, Empire Stock Investor provides a ton of value.

The subscription cost is more like an upfront investment in great stock market research.