Our Commodity Supercycles review will put this investment research service under the microscope and tell you if you should trade or fade this major opportunity.

What Is Commodity Supercycles?

Commodity Supercycles is a sophisticated research service brought to you by Stansberry Research that covers the latest trends in the commodity market.

In their latest pitch, the analysts behind Commodity Supercycles are raising the alarm about a major opportunity developing in the gold market.

This premium service is only available with a paid subscription, but a subscription includes monthly updates on the latest news in the commodity market plus tons of other extras.

Before we take a deeper dive into what’s included with a subscription, we’ll take a closer look at the minds behind Commodity Supercycles.

>>> Ready to get started with Commodity Supercycles? Join Now! <<<

The driving force behind Commodity Supercycles is its editor and research guru, Bill Shaw.

Over the past two decades, Shaw grew his tiny investment research startup into a publishing powerhouse. Today, Shaw provides research services to more than a million readers in over 150 countries.

Since 1999, the firm has earned a reputation for predicting some of the most consequential events in the history of global finance.

Shaw is widely regarded as a financial expert, and his track record for success indicates that this guy knows what he’s talking about.

There are a lot of so-called experts in the financial research business, but Shaw isn’t one of them. He’s a qualified expert so, when he says he spots a major opportunity, it’s worth paying attention. 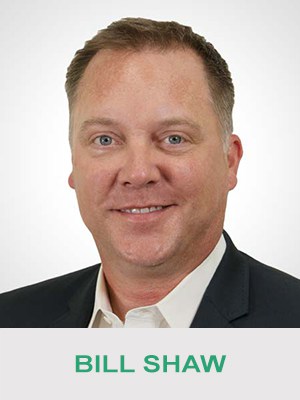 Bill Shaw: “The Biggest Prediction of My Career”

Shaw sees a major opportunity in the commodity market. He even calls it the biggest prediction of his career. In a recent statement, Shaw said he has been sitting on this prediction for a while but, now, he finally feels like the timing is right.

“I’m not the kind of guy who gives in to hype and big predictions … that’s why I’ve waited nearly a decade to make sure the timing is right.”

According to Shaw, some of the world’s most influential investors are dumping cash and stocks for this hard asset.

Shaw says it’s a “perfect storm” that will lead to a major opportunity for folks who take action now.

So, what is this mystery asset anyway? Believe it or not, it’s actually one of the world’s oldest measures of value, Gold. In fact, Shaw says he believes that the price of gold could easily touch $5,000 before it’s over.

It’s not hard to understand why Shaw sees an opportunity in gold. Equity valuations are inflated well above their historical averages, and the Federal Reserve has slashed interest rates to virtually zero.

Not only that, but the Federal government is also borrowing hand-over-fist to pump money into the economy in response to the recent economic slowdown.

The massive influx of dollars seems to be a textbook recipe for currency devaluation. As the U.S. dollar slumps, gold seems destined to increase in value over the next few years.

Therefore, many investors view gold as a safe haven asset. They see gold as a hedge against volatility and inflation, but that’s all. However, recent world events have led many insiders to turn bullish on gold.

Debt is overtaking the world’s economies and many central banks are enacting negative interest rates to prop up their economies.

If negative rates and massive government debt become the new norm, that’s bullish for gold. That’s where Shaw sees an opportunity, and he details it all in his latest pitch for Commodity Supercycles. 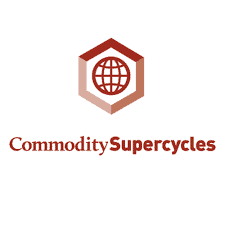 How to Play the Gold Bull Market

He says the best way to capture the upside is to purchase companies that can best capitalize on the increase in gold prices.

In fact, he says he’s identified a $7 stock that he thinks could be the number one gold play for 2020. Shaw is so confident that this pick will be successful that he’s even recommended it to his father and other close family members and friends.

A subscription also includes a bunch of bonus goodies and 12 monthly issues of Commodity Supercycles. Here’s a complete breakdown of the offer.

>>> Get started with Commodity Supercycles now <<<

If you sign up now, a 12-month subscription to Commodity Supercycles includes a bunch of bonus extras.

Shaw’s flagship report describes what he sees as the biggest opportunity in the gold market in 2020. This $7 stock could end up being the best way to play a bull market in gold.

This report details everything you need to know about this opportunity. Shaw says this company has a low-risk, high-reward business model that could benefit tremendously if gold performs as expected.

Another one of history’s most popular precious metals, silver could also be a big winner in the near future. Shaw says silver could easily be as profitable – if not MORE profitable – then gold over the next few years.

That kind of imbalance can’t last for long. Currently, the gold-to-silver price ratio is about 87-to-1. Historically, it averages 47-to-1, so there’s a lot of potential for a major move in silver in the near future.

This report covers the silver market in detail, and it’s yours free when you subscribe.

In this report, Shaw reveals an under-the-radar investment. It’s favored by some of the world’s wealthiest families, including the Rothschilds and Morgans.

Shaw says it’s like regular gold and silver, but it has the potential for much higher gains. This report explains the ‘secret’ investment in detail.

It also shows you exactly how you can put it to work in your portfolio.

>>> Get instant access to all of these bonus reports now <<< 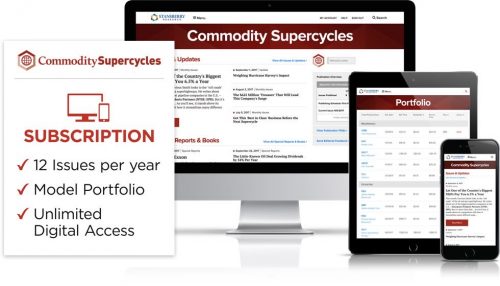 As part of your Commodity Supercycles subscription, you’ll also get access to Shaw’s model portfolio. The model portfolio lists all of Shaw’s active recommendations, along with price targets, predictions, and much more.

It’s a great resource because it allows you to look back on all of Shaw’s latest recommendations. It gives you access to the alerts from before you subscribed.

If you’re sold on Commodity Supercycles, you’ll be pleased to know that you can get started for as little as $49 for a one-year subscription.

The standard subscription includes 12 monthly issues of Commodity Supercycles, along with the aforementioned bonus reports and model portfolio.

In comparison to other investment research services, it’s a very fair price. Other products can cost as much as $200 per month, so to access this kind of high-level research for $49 per year is a major bargain. 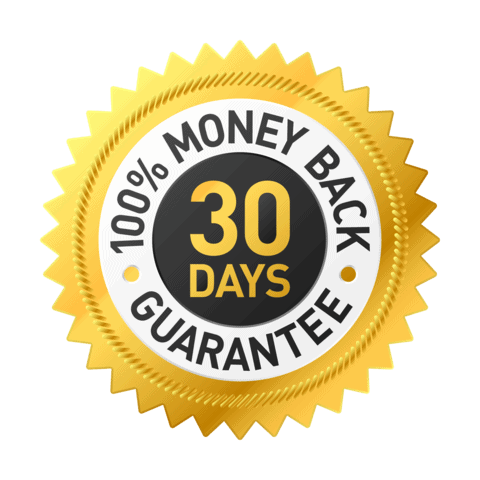 There are tons of investment research services out there, so it’s no surprise that many folks are skeptical about these types of offers.

If you’re not satisfied, for any reason, simply contact the U.S. based customer service team for a complete refund.

Shaw makes a convincing case for gold and, if you have an understanding of economics, you can easily see why he is so bullish.

Commodity Supercycles can provide the guidance you need to come out on top of the next bull run. It’s relatively affordable in comparison to other products. Plus, you can get your money back if you’re not satisfied.

Other publications focus on growth stocks and other equity investments, but those markets are historically overvalued right now.

Commodity Supercycles is focussed on precious metals and other commodity investments that could easily outperform the market over the coming years, especially given the current outlook for the U.S. economy.

For $49 a year, a Commodity Supercyles could easily pay for itself with one successful trade. Shaw is a certified pro and, with the risk-free guarantee, there’s no reason not to give the service a try.

>>> Ready to get started with Commodity Supercyles? Join now for only $49 per year <<<