The 7 Best Iron Condor Stocks To Buy In January 2023 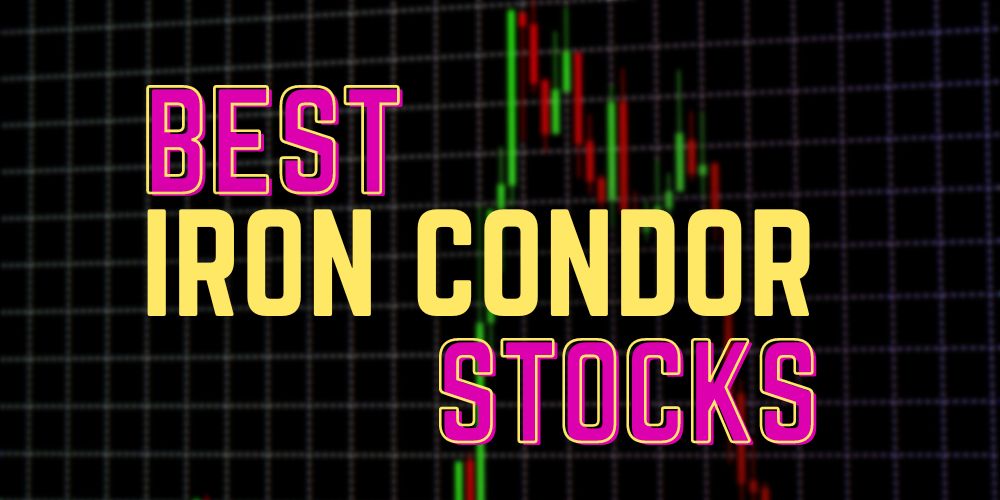 The iron condor is a tried-and-true options strategy that reduces risks and offers a fair amount of upside potential. But what stocks could make good use of this approach? Check our shortlist of the best iron condor stocks to buy now to find out.

2022’s stock market has been incredibly volatile, with the S&P 500 falling over 20% and a slew of stocks making erratic moves to both the downside and the upside.

However, amid all the madness, Walmart has remained largely unaffected by the market’s sandstorm of volatility. This makes it a solid candidate for the iron condor options strategy.

With Walmart’s beta sitting at 0.45, it has very little volatility.

This is due to a number of factors, such as its large market cap and its large number of long-term holders.

Outside of Walmart’s beta, it’s worth noting that the stock also has an implied volatility of 18.5%, according to leading market stats provider — Volafy.

Implied volatility or IV for short is a metric used to determine how volatile a stock option is poised to be over a period of time.

An IV score over 50 indicates a large amount of potential volatility, while one under 50 suggests that a stock will experience minimal volatility.

With a score of 18.5%, this means Walmart isn’t expected to experience massive stock price fluctuations.

To improve the odds of making money with the iron condor options strategy, it makes sense to trade stocks that have a tendency to maintain a stable stock price.

And Eli Lilly & Co. is a good candidate for this approach.

Eli Lilly is a pharmaceutical company headquartered in Indianapolis with offices in over 18 countries. 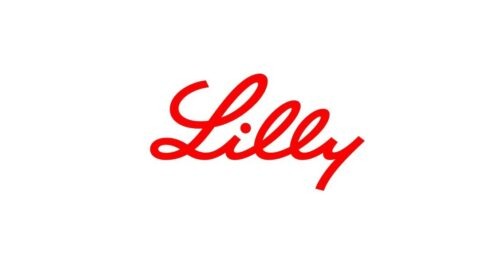 The company works tirelessly to develop its own proprietary formulas for a range of health conditions, including diabetes — a feat that has allowed it to amass a large customer base.

Data from Volafy pegs Eli Lilly’s IV score at 33%, which is a good indicator of low volatility.

That point is further strengthened by the company’s beta of 0.51, which means the stock is significantly less volatile than the overall market.

Investor sentiment is a known indicator of a stock’s overall volatility.

When a slew of buy-and-hold investors are confident in a stock, they’re willing to hold it through good and bad market conditions.

This allows a stock to maintain some semblance of stability even in a highly volatile market.

It also comes with fewer risks and a shot at improving the profit potential of an iron condor trade. Such is the case with HSBC Holdings.

With assets of over 2.59 trillion dollars, HSBC is the largest bank in Europe in terms of total assets.

The bank is partnered with 5 major Olympic sports. And it’s just recently made a foray into one of the fastest-growing industries on the planet, Esports.

Considering its standing in the global financial world, it’s hard not to be confident in the HSBC long-term growth.

It has a 0.7 beta score along with an implied volatility of 24.2, making it a decent pick for the iron condor options strategy.

UnitedHealth Group is a healthcare services and insurance company based out of Minnesota. It’s the seventh-largest overall company in the world in terms of sheer revenue.

As expected for a company of its size, UnitedHealth Group’s underlying stock price has been fairly static for most of the year, minus a few mini-rallies here and there. 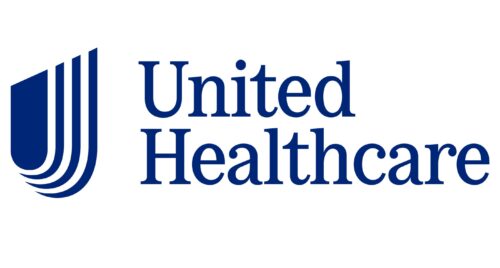 For the most part, its stock price is pretty stable, as evidenced by its beta score of 0.58 as well as its implied volatility score of 25.4%.

Founded in 2005, Molson Coors is a relatively recent player in the beverage industry. But in its less than 2 decades of operation, the company has amassed a market share of 42.35% within the US.

And that share could be poised to keep growing in the coming years.

Over the last decade, Molson Coors’ free cash flow has grown at an annualized rate of 11%.

The company also boasts a lower overhead than its larger counterparts in the beverage industry. 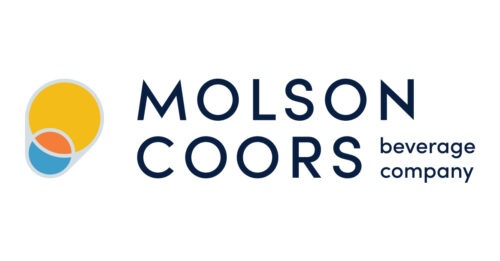 So it’s fair to say that Colson Moors has a competitive advantage in terms of its ability to throw money at new ideas and needle-moving tactics.

This in itself is attractive to investors, which represents one of the reasons for the stock’s incredible stability, even during what many would consider an unpredictable market.

As it stands, Molson Coors currently possesses a beta score of 0.54, which is a telltale sign of its ability to maintain a stable stock price in a highly volatile market

This could indicate it has the potential to generate maximum profit when it closes within the strike prices of the stock.

Its implied volatility currently sits at 24.5%, which is a strong score in terms of its stock price stability for a strategy like the iron condor.

McDonald’s underlying stock price has spent the majority of the year trading roughly between $268 and $278 per share. 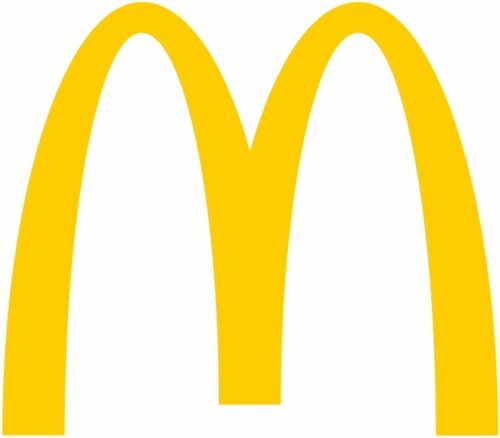 However, McDonald’s has maintained this trading range in a market where we’ve seen many stocks with multi-billion dollar market caps lose over 20% of their maximum value.

It’s no wonder the stock’s beta score sits at 0.49, a figure that suggests McDonald’s is, for the most part, disconnected from the S&P 500’s overall movements.

This makes it an attractive option for the iron condor strategy.

AT&T is by far the largest provider of mobile services in the United States.

As of 2022, it boasts a 44.8% market share of the US telecommunications market. This makes it an integral part of the mobile services industry.

Stocks like AT&T are generally viewed as a safe bet within the broader buy-and-hold investing world, for two reasons;

For starters, AT&T has a massive subscriber base. 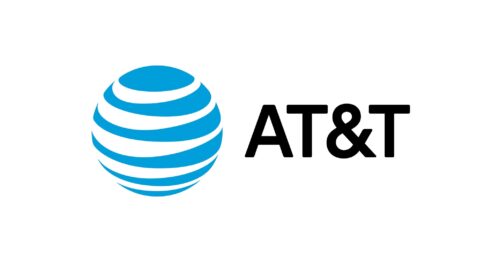 However, beyond the hordes of people that utilize its services, AT&T has integrated itself into American culture.

The company has sunk its claws so deep into the US telecommunication sector, that it is part and parcel of American society.

And stocks that possess the “household name” factor — especially to the extent at which AT&T has within the US — tend to maintain a fairly stable stock price.

In other words, AT&T could be a great stock for the iron condor strategy.

About the Iron Condor Strategy

The iron condor options strategy is one of the safest techniques for making profitable options trades.

It allows you to keep your maximum profit potential high. It also helps minimize your maximum loss, which means, if you’re going to lose money trading iron condors, you’ll only lose a fixed amount.

By utilizing the options trading strategy, you’re essentially predicting that an underlying stock will stay within a specific range or close between the set strike prices for the call spread and put spread.

This means you need the underlying stock to stay static to secure maximum profit from an iron condor position.

The vast majority of options contracts expire worthless. However, the iron condor strategy has been shown to improve the odds of making profitable options trades.

On the other hand, if you’re looking to buy and hold underlying iron condor stocks to make profit in the short term, then perhaps you might consider investing in other types of stocks.

That’s because the individual stocks that work well with the iron condor strategy have, by nature, low implied volatility.

And there isn’t much potential profit to be made from investing in stocks that have low IV metrics.

While high-volatility stocks can offer explosive gains, they can also trigger losses. So it’s wise to exercise some degree of caution if you’re going to trade stocks with a high IV score.

These Are The 7 Best Stocks To Buy Now