Can Advaxis, Inc. (ADXS) Skyrocket? Here’s What You Need To Know! 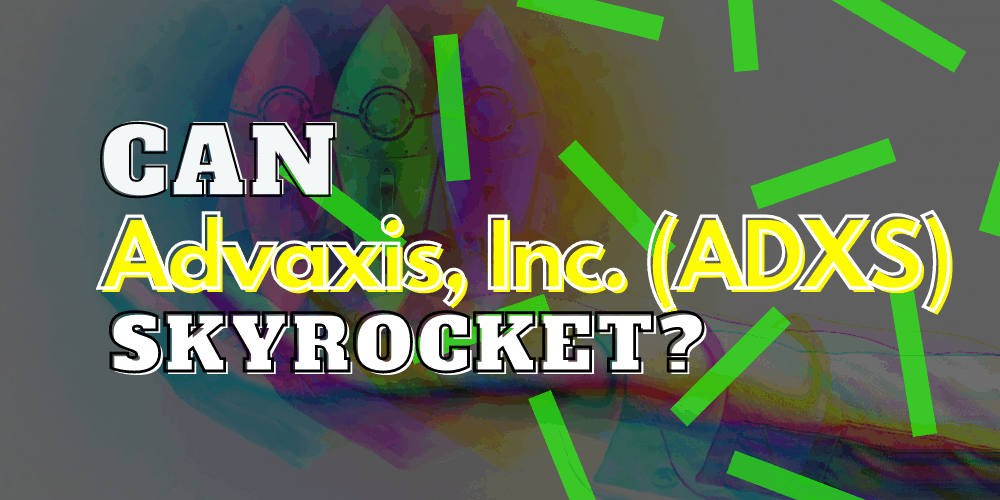 The past year has been very good for biotech firms. Despite, and perhaps because of the COVID-19 pandemic, biotech stocks took off last year and this year thanks to a massive R&D, partly due to the rush to find a COVID vaccine. One of these stocks includes Advaxis Immunotherapies (ADXS).

Table of Contents show
1 What Does ADXS Do?
2 Why ADXS Could Skyrocket
3 ADXS Risks
4 Final Thoughts

However, after pushing massive gains all through 2020, biotech stocks have stalled by about 21% in the past 2 months. Part of this fallback is due to a new FTC working group meant to regulate the merger of pharmaceutical companies, and part is due to potential future drug pricing changes.

Biotech stocks are still a good buy though, despite the lull. We are still at the beginning of what might be a revolution in bioengineering technology. In particular, Advaxis Immunotherapies (ADXS) is a company that is worth keeping an eye on in the near future. So, can ADXS hit $5? Read on to see what we think.

What Does ADXS Do?

Advaxis (NASDAQ: ADXS) is a clinical-stage biotech firm focusing on Lm-based antigen delivery products. The company is currently in the clinical stages with a new immunotherapy technology that uses a genetically modified version of the Listeria monocytogenes as a delivery mechanism to fight certain types of cancer.

Advaxis is based out of Princeton, New Jersey, and was founded in 2006. Their novel Lm-based platform technology is based on over 20 years of clinical research from Yvonne Paterson, a Professor of Microbiology at the University of Pennsylvania.

Why ADXS Could Skyrocket

ADXS recently made the news due to a recent press release in which they announced the presentation of new data from the Phase 1 trials of their ADXS-503 study in combination with pembrolizumab. In other words, a new cancer drug of theirs is moving to the next stage of R&D, which is always a good sign for biotech stocks. This announcement was also met with a small ~12% bump in stock prices over the following week.

ADXS is, however, still down from the yearly high of $1.41 back in February, after announcing several updates to their product line under development. ADX closed out the last year with a net loss of $26.5 million and had a cash balance of $25.2 million.

Earlier in April, ADXS also announced that they had reached a new funding milestone for its OST-HER2 product which means that this new osteosarcoma drug is one step closer to completing Phase I trials for OST-HER2.

There are also good reasons to be positive about the pharmaceutical industry in general. The fundamentals for the industry, in general, are in good shape and there is a national push for increased funding for drug research and development. President Biden announced in a recent press conference that he wished to return the US to 2% GDP spending on medical research in an effort to outpace Chica in terms of medical R&D.

However, there are some general risks surrounding biotech stocks more generally. Back in March, the FTC announced it had formed a new working group in conjunction with international trust agencies and the US Dept. of Justice to respond to rising drug prices and pharmaceutical mergers. According to Rebecca Kelly Slaughter, FTC acting char, the group was formed in response to concerns about “anticompetitive conduct in the [pharmaceutical] industry.”

Additionally, there are worries that the tightening of FDA approval protocols might staunch the great growth that biotech firms have had in the past year. The FDA slightly loosened approval rules during the pandemic to speed the production of COVID vaccines. Reviews of expected drugs have already been pushed back, such as Biogen’s (BIIB) Alzheimer’s treatment and Pfizer’s new eczema product. The frequency of these delays (and some rejections) lead some to believe that the FDA is making a conscious effort to push tighter approval regulations.

Lastly, there is the ever-present threat to drug companies that is price regulation. If there is one thing that Republicans and Democrats agree on, it’s that drug prices are too high. Several politicians, most notably Senator Bernie Sanders, have pushed for pricing reform. Back in March, Sanders introduced a trio of bills meant to lower drug prices to global prices, give Medicare and Medicaid providers the ability to negotiate drug prices, and allow people to import foreign drugs.

So, can ADXS hit $5? It is not likely for sure, but anything is possible thanks to their partnerships with treatments for cervical cancers. ADXS has managed to maintain relevance for almost 15 years and is on the cusp of exciting new developments with a new product line. Despite the general risks that biotech stocks are facing, the general advancement of genomic modification and genetic engineering is not likely to stop anytime soon.