How to Contact Warren Buffett: Getting in Touch with Berkshire Hathaway’s CEO 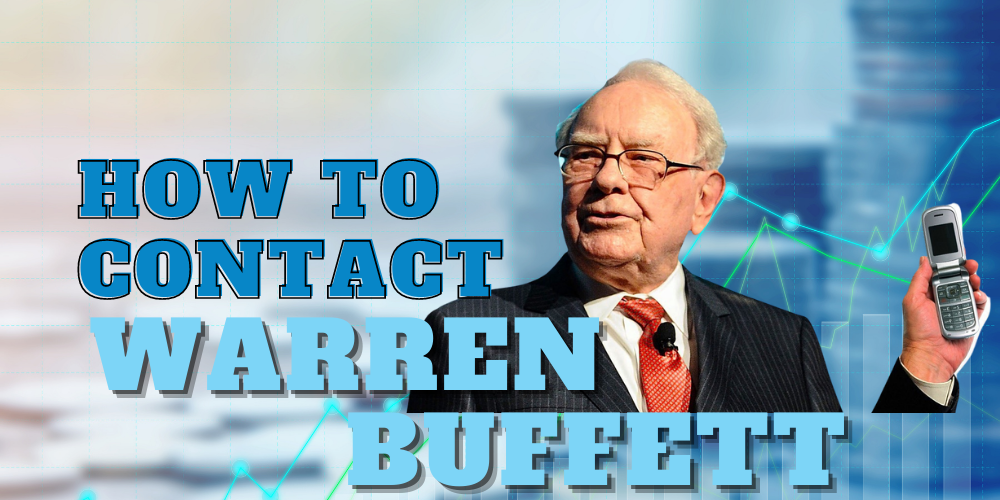 Do you have a great investment idea? Think you’ve struck solid gold with your business? Do you need advice on where to take your portfolio over the upcoming year? A quick conversation with Warren Buffett can answer these questions and point you on the path toward success.

In this article, we’ll discuss how to contact Warren Buffett! Believe it or not, it’s possible to reach him even if you don’t have any credentials or experience.

The business magnate has long offered his advice and expertise to traders and investors worldwide. Mr. Buffett thinks of it as a way to give back. After all, he was in your shoes before. 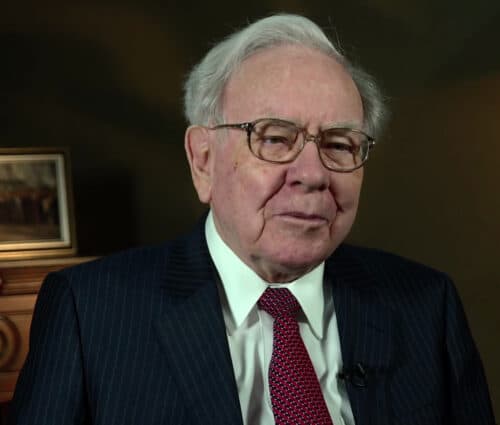 Who Is Warren Buffett?

According to the Encyclopaedia Britannica, Warren Buffett is an investor and entrepreneur from the United States with decades of experience.

He grew up in Omaha, Nebraska, where he attended school at the University of Nebraska and later the Columbia University School of Business.

To say he is a colossus of investment would be an understatement. He is nothing short of the greatest investor of the last century. He succeeded where many others failed. While most investors predicted that his strategies would fall apart, he eventually made well over $60 billion.

After making all of his wealth, he didn’t rest on his laurels. He pledged most of it to the Bill and Melinda Gates Foundation. Buffett clarified to everyone that he wanted to do more than make money. He wants to change the world.

There are a few different approaches you can try to get a hold of Warren Buffett. Technology has made communication easier for most of the world, but he is old-school, and so is the way he reaches people. The reality is that either Warren Buffett reaches out to you directly, or you might need to be respectfully creative to get his attention.

Also, while you could try to reach him through his various business locations, including his Europe or Middle-East office, let’s start with strategies that don’t depend on a fixed geographic location.

Now that we got all that out of the way, here’s how you contact Warren Buffett. 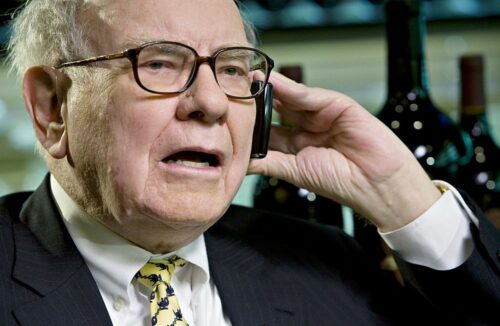 Warren Buffett is not going to take your phone calls, unfortunately. Even his corporation, Berkshire Hathaway, does not provide phone numbers because of its limited number of on-site employees.

Now, you could start networking by calling someone who knows Warren Buffett personally. That might be easier than it sounds, as there are only six degrees of separation between most people, after all.

Still, there are better options, like an e-mail address.

Warren Buffett doesn’t have a personal e-mail available. However, you can reach out to the e-mail address provided by Berkshire Hathaway. This is a great place to start your search for Buffett’s attention, and it might be all you need to get a hold of him.

So to contact Buffett, you’ll want to begin by sending e-mail messages down to Berkshire Hathaway, Inc. first. We know it’s not as amazing as having his personal e-mail address, but it is the next best thing. Make sure it’s a personalized e-mail with a catchy subject line for maximum impact.

You could definitely write Warren Buffett’s office an e-mail to get in contact with him personally. However, there are some obvious problems with this approach.

When you write Mr. Buffett, extend to him the courtesy of spelling his name right. If the first thing he sees is you calling him Warren Buffet (an irresistible lineup of all-you-can-eat food) instead of Warren Buffett (billionaire philanthropist behind the Buffett foundation), don’t expect him to be e-mailing you back.

If writing an e-mail doesn’t work, it’s time to try something else.

Write Him a Letter

If you tried to reach out to Mr. Buffett at his main office’s e-mail address and didn’t hear back. writing him a letter should be your next step.

According to Robert P. Miles, Warren Buffett scholar, the business magnate “receives 250–300 letters per day.” His personal mail volume is quite astounding.

We know it might be intimidating, but try contacting Buffett by sending an actual letter directly to his mailing address at his main office. This is the only mailing address available to reach him through his organization.

There’s an obvious reason for him to hide his regular mail address — he gets the most unsolicited mail.

So many people want to get in contact with Warren Buffett. He doesn’t read most of the letters he receives. In fact, he has employees pick through them and toss out unsolicited investment requests.

There’s a way to get past that, though…

The Bill and Melinda Gates Foundation

Miles recommends contacting the Bill and Melinda Gates Foundation. Warren Buffett does most of his philanthropy through charitable donations to the Foundation. So if your first letter fails, send them one.

Over the years, Warren Buffett has become primarily concerned with philanthropy and not with investment. He wants to change the world. And the Bill and Melinda Gates Foundation is one of a few different routes he does so.

That’s how some daring entrepreneurs have gotten his attention.

They’ve boldly told Mr. Buffett about opportunities that are investments and charity wrapped up into one. You might be able to do the same.

Unsolicited mail rarely receives a second glance, so make it tailored to him to improve your chances. Try dropping some info that shows you know who he is and care about what he does — like the Buffett Rule or his work with his Buffett Foundation. Who knows? Maybe you’ll get a direct response from him.

Before you take another step toward contacting Warren Buffett, write him a letter!

This is, without a doubt, the single best way to get in contact with Warren Buffett. Every year, Berkshire Hathaway has a shareholder meeting.

The shareholder meetings are often crowded and packed to the brim with investors like you. The more shares you own, the more likely you’ll be able to catch his attention.

If you want to make a good impression, try leaning into some topics that you know he finds captivating, including:

The more often you attend shareholders’ meetings, the better your chances.

There are also opportunities in education. Warren Buffett is known to visit schools all across the country, usually those with a strong dedication to business studies. If you do well in one of these schools, you might have a chance to meet the master of investment himself. 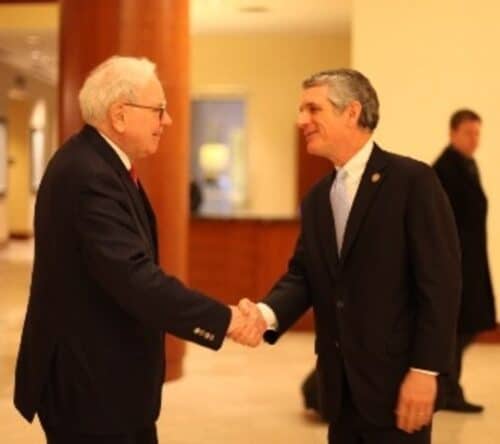 Warren Buffett isn’t just one of the wealthiest men in the world. He’s a master of investment and a highly regarded philanthropist who can help with all kinds of projects. That’s why eager entrepreneurs like you spend years trying to speak with him. Everyone wants his advice, his wisdom, and, yes, his money.

He has guided companies as diverse as GEICO, Dairy Queen and Fruit of the Loom to the heights of success. How did he do it?

Well, if you want to know the answer to that, you might just have to ask him yourself. If that isn’t a good reason to contact him, what is?

Conclusion: How to Meet Warren Buffett

Warren Buffett is a difficult man to get in contact with. He has developed a following around the world who look to him for advice and information.

This can make connecting with the “Oracle of Omaha” seem impossible.

It isn’t. As you’ve seen, there are real paths available to determined individuals who have a dream and a plan. Anyone can do it, but so few ever will. Why? It requires a sense of personal responsibility, complete dedication to your dreams, and a refusal to ever surrender.

Only the truly great, those who will follow in Warren Buffett’s footsteps, have these traits. Do you?