Drone penny stocks are an alluring option for investors looking to capitalize on this tech’s growth potential and numerous applications. So which ones should be on your radar? Take a look at our picks for the best drone penny stocks to buy in July 2022.

One of the drone stocks to watch is AgEagle Aerial Systems Inc., a Wichita-based tech company that provides full-stack drone solutions to various industries.

These include the government, which spent nearly $10 billion on unmanned aerial vehicles (UAVs) in 2019, and agriculture, whose drone market could grow at least 7% from 2022 to 2027.

However, total revenues grew by a whopping 659%, significantly buoyed by the demand for its drone products.

One of its popular unmanned aircraft systems is the award-winning eBee TAC, a fixed-wing design drone with pending orders in the United States and Europe.

Its superior tech, demand, and incredible growth in one year make AgEagle Aerial Systems Inc. one of the top drone stocks to consider. 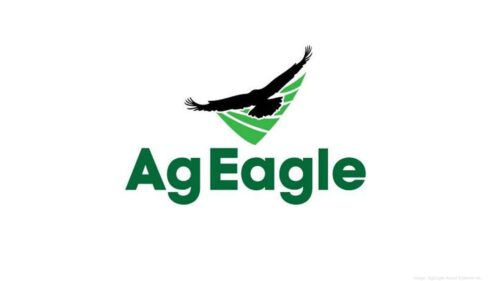 Although its market cap is only $31 million, Draganfly scored massively with its revenues, increasing over 30% year over year during the first quarter of 2022.

Further, the Canadian tech enterprise has a diverse portfolio.

Not only does it sell drones, but it also provides custom engineering solutions for various applications that include response during natural disasters, crop monitoring, intelligence and data collection for military drones, and critical infrastructure.

It’s one of the leading drone delivery companies in North America, with tested technology.

Recently, it has partnered with NuGen Medical Devices for drone deliveries of insulin, needle-free injection devices, and other medical supplies in Ukraine.

As one of the best drone stocks on this list, the company seems well-positioned to capitalize on its growth, and its share price could surge once it wins more major contracts.

Drone Delivery Canada Corp. is one of the best drone stocks on the list for a range of reasons.

It has a substantial global delivery operation and strong partnerships with high-value customers, such as Nexeya Canada, for designing and deploying military drones.

According to Markets and Markets, the market for military drones could achieve a compound annual growth rate (CAGR) of 12% from 2018 to 2025 and double its value to nearly $27 billion by the end of the forecast period.

Drone Delivery Canada Corp. also has an impressive market cap of $112 million with a stable cash burn rate. This indicates that the company is growing its research and development without a significant risk of running out of money.

With its sound financials and relationships with huge industries, this is one of the drone stocks that deserve an investor’s attention. 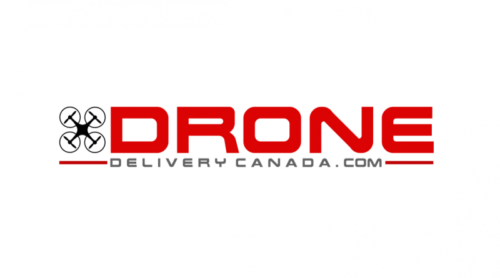 Despite a measly $6 million market cap, Plymouth Rock Technologies could be another option for investors in the penny stock market.

Its drone technology has found a niche in the oil, gas, and petrochemical industry, a market that could have a CAGR far superior to others at 65.4% from 2022 to 2026.

In particular, the tech business based in Massachusetts delivered several orders of its PRT X-Lite series drones to Saudi Arabia during the last quarter of 2021.

Within the same period, Plymouth Rock Technologies announced a follow-up order from Aardvark, who used the high-tech drones to monitor gas and oil pipelines. This brought the revenue for this client alone close to a million dollars.

Further, it secured a contract with the UK’s Norfolk Constabulary to deliver unmanned aircraft with beyond visual line of sight (BVLOS) capability.

These pending orders and contracts could result in a big year for Plymouth Rock Technologies and its shareholders, translating to an increased share price, at least in the short term.

Velodyne Lidar, a Silicon Valley company, does not design or manufacture drones. Instead, it makes LiDAR, a critical component for autonomous systems used to create 3D images of the surrounding environment.

As the demand for automation and robotics increases, so does the value of this product, which is expected to be worth $2.90 billion by 2027 from less than $800 million in 2019.

Although fully autonomous cars and trucks are still absent on the roads, the market size for these innovations has been staggering.

Simply put, buying Velodyne isn’t only investing in drone technology but other noteworthy and popular types of tech as well, such as autonomous vehicles. 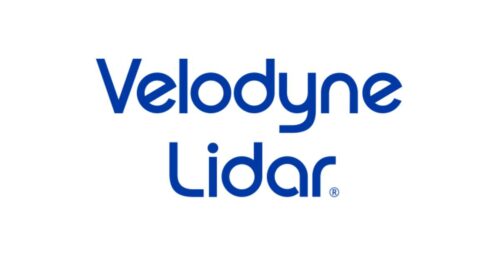 Archer Aviation is an interesting penny stock since it doesn’t sell hobby drones, small drones, or other unmanned aerial vehicles for popular buyers like the air force.

Instead, it hopes to be one of the companies operating an air taxi service using passenger drones.

These enterprises are surely in their early stages, but the industry landscape is a-buzzing. It has the potential to earn almost $7 billion by 2030 or reach a compound annual growth of over 25% until 2030.

The demand for passenger drones is not shabby either, as Polaris Market Research estimates the global demand to achieve a CAGR of 29.5% by 2026.

Currently, Archer and its other competitors like Joby Aviation have been conducting test flights, and the former received airworthiness certification from the Federal Aviation Administration in 2021.

Archer also has a billion-dollar pending order from United Airlines, which plans to buy 200 units of electric vertical, take-off, and landing (eVTOL) planes. It is also designing a four-seater model it hopes to launch by 2024.

Like Velodyne, Vislink Technologies is not involved in building drone systems.

But it can still count as a drone penny stock since it produces the platform that allows the unmanned aircraft to receive and download high-quality live data and video.

Therefore, its wide array of image and video systems allows drones to be useful for surveillance models, events productions, news-gathering operations, and emergency response, among others.

Founded in the early 2000s, Vislink has also been pouring millions into developing new technology, like Aerolink, which can deliver fast and immersive real-time videos through the 5G network, and automated video solutions driven by artificial intelligence.

Although the company’s market capitalization is small, its revenues rose year over year in December 2021, while gross profit margins jumped to 55% compared to December 2020.

Vislink’s growing revenues and proven technology, which is useful in various commercial and industrial applications, could be good-enough reasons to buy this stock.

After failing in its other tech businesses, Parrot SA is a French company that now dominates the drone market in Europe. It offers various products ranging from popular hobby drones to small drones and commercial drones equipped with high-definition cameras.

Concentrating its resources on drone manufacturing now allows Parrot to snag big contracts from the US military worth $11 million in 2019 and the French Army for 300 micro drones.

It is also one of the drone companies to release open-source platforms, which could enable small businesses to customize the tech according to their needs.

Further, Parrot has invested in other types of tech that it may integrate with drones to create a high-demand ecosystem, such as software-as-a-service (SaaS) and cloud solutions, connected garden platforms, and car kits.

Combine its eclectic list of products and huge contracts with a market capitalization of over $150 million, and it might be easy to see why this could be one of the best drone stocks for penny investors.

Should You Buy Drone Penny Stocks?

Drone penny stocks could be worth looking into, especially for investors who want to bet on a fast-growing technology.

Goldman Sachs forecasts that the total revenue for consumer drones in the United States could hit $100 billion in 2022 after surpassing a billion dollars two years ago.

These unmanned aircraft are getting more popular among the military, government, and private companies. Meanwhile, the potential uses span from security solutions to space technology, aerial mapping, and emergency response.

Drones also have a future in delivering perishable food items and packages, with companies like FedEx, Walmart, and Amazon heavily investing in them.

However, drone technology faces many challenges, including regulatory issues with the Federal Aviation Administration. Further, some shares are still penny stocks, which are notoriously volatile and risky.

While investors can take advantage of the growth potential, they are still likely to lose a lot if they aren’t cautious. 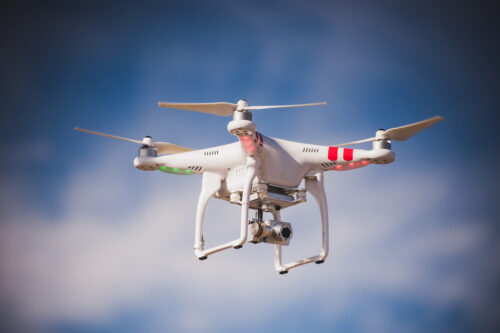 Where to Buy Drone Penny Stocks?

One of the best places to buy drone penny stocks is online through brokers like Webull and Robinhood, with no account minimums and commission fees.

Either way, you’ll still want to analyze these penny stocks by scrutinizing the company’s financial statements, products and services, competitive landscape, and management team to minimize losses and promptly ride with the growth.

Penny stocks for drones are definitely worth looking into for investors who want to cash in on the growth of this industry.

With a little analysis, you can find some great companies with long-term potential and buy their stocks before they take off.

However, always remember to tread carefully in the world of penny stocks — they are notoriously volatile and risky.

Which Drone Stock Is Best?

There is no definite answer to which drone stocks are best since they are all volatile and risky. However, investors can research the companies with the most potential for growth, including Boeing Co., and Northrop Grumman Corp.

Can You Get Rich Off Penny Stocks?

The chances of getting rich off penny stocks in the long term are slim since they are tricky and risky. However, investors can take advantage of their volatility to make quick profits. Regardless, experts always advise penny investors to be cautious and do their research to minimize losses and maximize growth.

Is There a Drone Stock?

Yes, there are drone stocks, and they are becoming more popular as technology advances. Some of the best ones are Boeing Co., Nvidia Corp., and Northrop Grumman Corp.

Which Drone Company Is Listed in the Stock Market?

Many drone stocks are traded on major stock exchanges like NASDAQ and NYSE. Some of the most popular companies include Boeing Co., Northrop Grumman Corp., and Nvidia Corp. In addition, some penny stocks are also on these exchanges, such as Draganfly Inc., Velodyne Lidar, and Archer Aviation.

Who Is the Leader in Drone Technology?

Some of the biggest companies in the drone market are DJI, Aerialtronics, Kespry, and eHang. Other established tech businesses like Google, Amazon, and Walmart are also heavily investing in this technology.