Many investors think the holiday season is the only time to consider toy stocks as many families are thinking about which toys to purchase for their kids.

However, toy stocks can make an excellent investment throughout the rest of the year as well.

We’ve rounded up some of the best toy stocks on the market that investors should consider adding to their portfolio.

The toy industry is constantly evolving and incorporating new technology to appeal to today’s children.

Even at this stage of the pandemic, kids tend to spend more time at home than before.

This means they might be spending more time playing with toys than they normally would be.

Here are some of the leading toy companies to consider investing in right now.

Mattel is one of the world’s most established toy developers.

Mattel is based in California and has been one of the largest toy manufacturers in the United States since the 1950s.

Its stock struggled in early 2020 but has since bounced back, seeing a nearly 50% increase since last year.

However, it has been unable to return to the highs it experienced in 2014.

However, this doesn’t mean you should rule Mattel out when building your portfolio.

The company’s losses have forced them to readjust its strategy moving forward.

They’re focusing on dolls like Barbie, which have historically performed well regardless of changing trends.

Mattel is also shifting its focus to digital entertainment, including a Hot Wheels game for consoles and PC.

The company is also looking to innovative new products with games like Crossed Signals.

This diversification could help their business bounce back over the next several years.

With a long history of financial success, Mattel is a trustworthy investment.

Its shares are very affordable right now, which could make it a great time to invest. 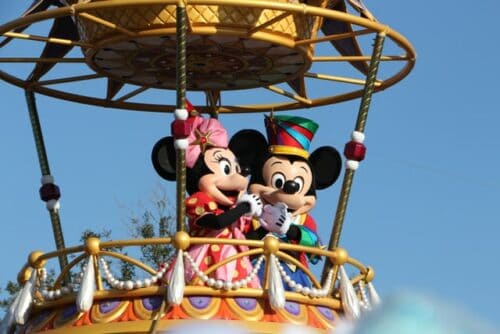 Since its founding in the 1920s, the Walt Disney Company has always been synonymous with children’s entertainment.

While Disney may be best known for its movies, TV shows, and theme parks, it also makes toys that bring its most popular characters to life.

Walt Disney himself founded the company in California as an animation studio.

After huge success in movie production, the company started to expand in the 1970s with television content, theme parks, and hotels.

Although Disney struggled in early 2020 with the closure of its theme parks, reopenings have pushed the stock to the new heights it sees today.

The theme park just entered into its 50th-anniversary celebration and is seeing incredibly high numbers of guests.

Disney stock is part of the Dow Jones and is often recommended as a safe buy for those just starting to build their portfolio.

Disney characters have massive fan bases, and product sales are likely to reflect that.

Since Disney has diversified revenue streams, it’s less risky than some of the other stocks on this list.

With Disney’s success, it seems like there’s never a wrong time to get on board.

Walmart is a big-box retailer with locations throughout the U.S. and 23 other countries around the world.

The company sells everything from toys to clothing to electronics and is a very popular place for holiday shopping.

Walmart is the world’s largest private employer and the largest company in the United States by revenue.

As a company and brand, Walmart is known for its affordable pricing.

Even during the heart of the pandemic, Walmart’s stock continued to grow thanks to this affordable product model.

Holiday sales will likely keep earnings steady for the rest of the year.

In general, Walmart is a steady stock that works well as a long-term investment.

To grow its presence in the online space, Walmart launched Walmart+ in late 2020 to compete with Amazon Prime.

Although Walmart is a massive employer, changes like Walmart+ show it is invested in meeting the needs of an ever-changing world.

Target is another large retailer with stores throughout the United States.

The company has a vast selection of toys available and is also known for things like home decor, clothing, and entertainment products.

Target’s business model is similar to Walmart’s, but Target sets itself apart by focusing more on the consumer experience, a sleek brand image, and quality products.

While the company’s prices are slightly higher than Walmart’s, they generally won’t break the bank.

During some of the lows of 2020, consumers who might have traditionally purchased luxury items have turned to Target for alternatives.

To combat the challenges of the pandemic, Target is shifting its focus to e-commerce.

It offers reliable delivery and no-contact pickup services, which consumers have been using in increasing numbers.

Target’s excellent selection of toys and gifts means it’s likely to do well during the holidays.

Stock shares have climbed after a short hiccup in 2020, with over 200% growth in the last five years.

Funko is one of the hottest toy brands on the market right now.

The company makes collectible dolls and other merchandise based on pop culture characters and celebrities.

These include characters from movies, TV, and video games, as well as actors, musicians, and more.

Of all its products, the most sought-after toys are their Funko Pop dolls and minis. 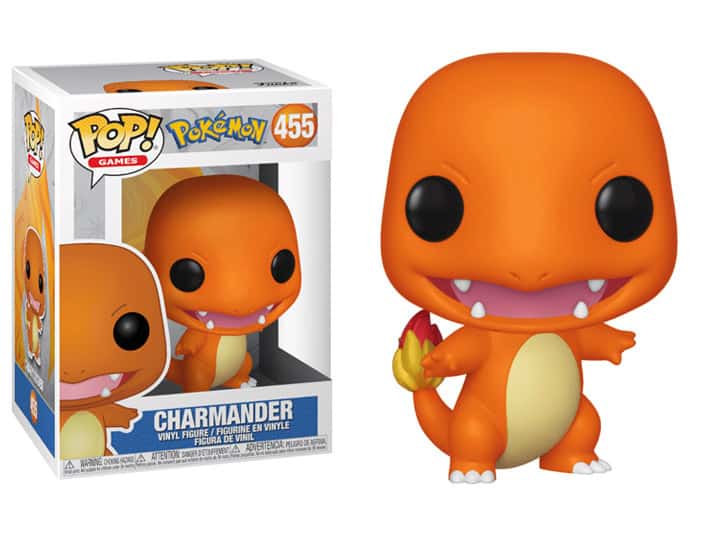 The company also makes keychains, apparel, and other fun items.

One thing that makes Funko Pop dolls so popular is that they appeal to people of all ages.

Both kids and parents can enjoy building a collection of their favorite characters.

Funko stock is very affordable at present but saw an over 200% increase from last year.

The holidays are likely to increase Funko’s sales, so stock growth will likely follow.

Hasbro is another of the world’s largest toy companies.

The company makes both toys and board games, with some of its earnings also coming from TV shows related to their brands.

Some of Hasbro’s top brands include Power Rangers, Transformers, My Little Pony, and G.I. Joe.

It also makes classic party games like Monopoly and Twister, as well as Nerf toys.

Although it has struggled in 2020, the company is working hard to regain lost shares.

One such step is to adjust finances and put e-commerce first.

Hasbro also has plenty of movies and TV shows in development that could be very lucrative.

A My Little Pony film currently in theaters has received a positive reception from fans.

Additionally, the company has contracts to make toys for popular Disney and Universal Studios brands.

Hasbro is relatively expensive, and data indicates that it may be overvalued.

Its current price dip may make this the perfect time to invest in the company.

Vinco Ventures is a holding company headquartered in Pennsylvania.

Vinco’s largest subsidiary is Edison Nation, a company that connects product designers with partners that could potentially manufacture and market their products.

Innovators can submit a design, and Edison Nation helps with licensing, marketing, and other services.

The company has even partnered with larger organizations like Mattel in the past to find innovative new products.

Vinco Ventures is a penny stock, which means that it can be very volatile.

You should always be cautious when investing in penny stocks for this reason.

However, low prices can present an opportunity for growth without excess risk.

Buying this stock could be an investment in the toys of the future.

JAKKS Pacific is a toy company based in southern California.

Its most notable product line is the Plug It In & Play TV set, electronic devices that plug into a TV set and contain a variety of video games and other content.

Over the past few decades, JAKKS released a huge selection of these games.

Some of them were from popular entertainment franchises like Disney and Nickelodeon.

JAKKS also makes a wide range of classic toys, with most of its products targeted at young kids.

The company’s partnerships with larger entertainment franchises have helped it stay relevant over the years.

Although JAKKS struggled in 2020, it has seen a 200% share price increase in the last year.

The stock still sits at an affordable rate at the moment, hovering around $12 per share.

The holiday season will likely bring some growth in the next few months, so this stock could work for a short-term growth strategy.

Should You Invest In Toy Stocks? 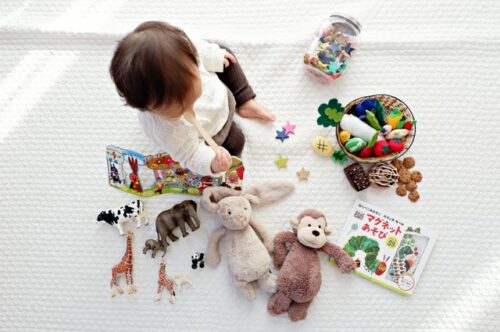 Times are changing fast, and you might be wondering whether the toy industry is still worth investing in.

Kids continue to use toys, especially ones that integrate with today’s digital technology.

Families are now spending more time at home, and there’s increased demand for products that will keep kids entertained on their own.

The savviest manufacturers and retailers continually adjust their products to keep up with hot entertainment trends.

Since kids are spending more time on their electronic devices, many popular toys now integrate with software programs.

They’re exposed to pop culture at younger ages now due to their smart devices.

Manufacturers and retailers are capitalizing on this to keep their products current.

You’ll want to ensure that the companies you’re investing in have a strong business plan moving forward and aren’t resting on their laurels.

Many of today’s top toy developers have diversified income streams as well.

This helps them stay financially stable even as the economy evolves.

With the holiday season coming up, consumers will be spending more of their money on toys and other gifts for their children.

Toy companies will likely see their shares increase in price slightly over the next few months due to holiday sales.

Many are also looking for new ways to innovate and diversify in a changing economy.

While these stocks aren’t likely to see explosive growth, established toy companies can be a great long-term buy for a stable portfolio.