Target competitors include some of the world’s largest companies in the retail industry, including Amazon and Walmart. Read on to take a more in depth look companies that compete with Target. 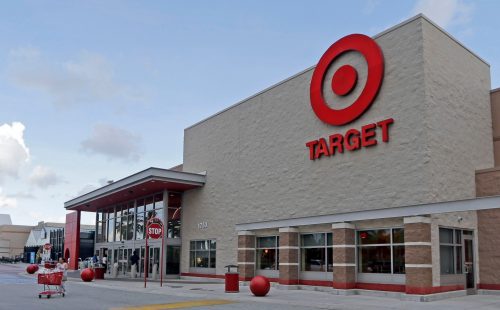 Target is a popular retail chain in America that sells a wide range of products.

The company started as a discount division of Dayton’s Company in 1962.

Target has grown and expanded across America and now has over 1,000 stores and 41 Target distribution centers.

The company is available online and is a popular alternative to other eCommerce stores.

Some of its products include:

Each Target store is different, though, so inventories can vary.

Because of its wide range of products, Target competes with convenience stores, clothing outlets, grocery stores, third-party sellers, and more.

Over 360,000 employees are working for Target across its network.

With so much success, it is no wonder why there are so many Target competitors.

As a publicly-traded company, Target is listed on the New York Stock Exchange (NYSE) under the ticker symbol TGT.

It is a component of the S&P 100 stock market index.

Target owns other brands such as SuperTarget and its Shipt subsidiary.

Shipt is a delivery company that helps Target offer same-day delivery on its groceries.

Since Target is a supermarket and general merchandise retailer, it offers a very wide range of products.

It is available online so it competes with physical locations and eCommerce stores.

This means that alongside other supermarkets, Target competes with clothing retailers, wholesalers, pharmacies, and discount department stores.

The company derives most of its revenue through the sale of goods through its website and physical stores.

Beauty and healthcare products make up the majority of its income at 24%.

Food and clothing bring 20% of Target’s total revenue each, and home appliances and furniture bring in another 19%.

The company is known for its wide selection which makes it a popular destination for shoppers.

The Target Corporation strives to offer customers a better store and shopping experience.

It prides itself on maintaining clean, appealing stores with wide aisles and quality products at affordable prices.

One of the ways that it offers such low prices is through its value-brand.

Target gives back to the communities it serves by donating 5% of profits towards local charities.

Target’s products are much more expensive than those that Walmart offers.

Target has seen a reduction in sales in apparel in recent years, which can indicate lower profits.

The company has little to no international exposure with physical stores.

By having CVS clinics inside stores, Target stands to gain additional foot traffic and new customers.

The company is capitalizing on consumer trends by opening small stores in densely populated locations.

This small store local approach may help offset some of the shift towards online-only shopping.

Small, inexpensive stores such as Dollar General and Dollar Tree are absorbing some of the market as costs rise due to inflation.

Consumer shopping has trended towards online shopping, delivery, and in store pickup services.

These trends threaten to reduce demand for physical store locations.

People are able to find the bulk of what they need at supermarkets like Target.

Here is a closer look at some of Target’s competitors and alternatives:

Walmart is a retail company that has grown to be the world’s biggest chain in terms of revenue.

The company was originally founded in 1962 by Sam Walton.

The first store was located in Rogers, Arkansas, and began as a discount store.

The Walmart brand is predominantly used in America as its international interests are usually under a different name, such as Asda in the UK.

Throughout its worldwide store network, there are over two million people working for Walmart.

The company is publicly traded on the New York Stock Exchange under the ticker symbol WMT.

The Walton family retains majority ownership of the company.

Walmart remains a very popular choice among consumers thanks to its physical locations and online offerings.

The company has a pickup system that lets customers buy online and collect their items in person at one of their stores. 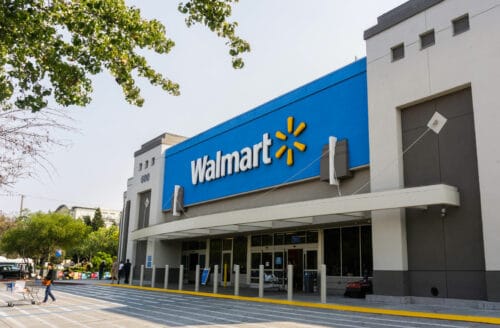 Costco is a wholesale and membership-only retail store that competes against Walmart and Target.

The company began as a retail store in 1983 in Seattle, Washington.

It has over 800 locations around the world including markets such as the United Kingdom, Europe, Asia, and North America.

Thanks to its membership the company can strategically plan growth and stock availability, saving money on waste.

There are over 100 million members around the world and over 250,000 employees.

Costco maintains a web presence through its online store, although membership is also required to access the website.

Costco is the number two retailer in the world behind Walmart.

It is listed on Nasdaq under the ticker symbol COST.

Costco is unlike its competitors because it can only be accessed by its members who pay annual fees.

This membership provides Costco with a supplementary revenue stream.

Amazon has grown to be the biggest online retailer in the world and is available in almost every territory.

What started as an online book store in Jeff Bezos’ garage has become one of the most valuable companies in the world.

Amazon has a market capitalization of $1.6 trillion.

The company is based in Seattle, Washington, and employs over 1.2 million people around the world.

The company owns many subsidiaries, such as Amazon Web Services, and has its own range of products like the Amazon Kindle.

Amazon is known for its aggressive pricing, acquisitions, and investment in new technologies.

Its most significant revenue stream is still its online storefront which others a wide range of goods.

Its membership service, Prime, entitles people to two-day free delivery, an offer that many businesses can’t compete with.

The operating income for Amazon was $22.9 for the same period.

It is listed on Nasdaq under the ticker symbol AMZN.

Target lags behind its competitors who dominate the market, such as Amazon and Walmart.

However, they remain a popular choice for many consumers thanks to brand loyalty and their easy-access locations.

Target is known for its atmosphere and a good store layout that consumers appreciate.

Although Target might be more expensive than Walmart its generally considered to be a better consumer experience.

Target outranks Walmart for the cleanliness of its store so it remains a good alternative.

Although it may not be ranked number one among its competitors, the industry has one of the highest turnovers.

Target is able to position itself well in a crowded industry and is a profitable business.

The company will need to continue to adapt to growing online demand and evaluate how its physical stores can operate in the future.

For now, Target is a popular choice among consumers, known for its atmosphere, pricing, and strong branding.

Are Target and Amazon Competitors?

Yes, Target and Amazon are competitors.

Amazon is the biggest Target competitors in terms of online shopping.

Who Is Target’s Main Competitor?

It holds competitive advantage over Walmart in the cleanliness and organization of it’s stores.

Target also has a reputation for better quality products than Walmart, though at a higher price.

What Is Target’s Competitive Advantage?