The company was founded by Arthur Blank and Bernie Marcus in 1978.

The pair envisioned a store that could offer a one-stop-shop for people interested in home improvement and DIY.

Home Depot has around 2,300 stores in North America and Mexico.

Most of its stores have an indoor area for things like paint, tools, and decorative items.

There is also an outdoor area full of gardening equipment, plants, and outside furniture.

Part of its offerings to the public is installation and machinery rental.

The company is known as the largest hardware retailer in the world. As of 2019, there are over 400,000 employees working for Home Depot.

They are listed on the New York Stock Exchange under the ticker symbol HD.

Home Depot has developed its online presence to compete with eCommerce stores.

There are more than 1 million products listed to help consumers find the right thing for them. 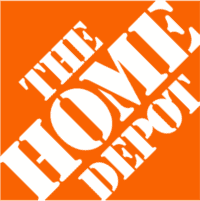 Home Depot drives most of its revenue through the sale of materials, tools, machinery, and other products.

It offers products that can help people with home renovation, decorating, gardening, and construction.

The business primarily targets consumers interested in DIY but professionals use Home Depot too.

Professional contractors such as plumbers, electricians, painters, decorators, and remodelers can find everything they need at Home Depot.

The brand sells its products through physical stores located across North America as well as through its online storefront.

This makes Home Depot a versatile business, able to other a wide choice for its patrons.

Another aspect of Home Depot’s business is its installation services.

Customers are able to hire Home Depot to complete their projects such as bathroom remodeling.

Consumers can purchase the products from Home Depot and then the company acts as a general contractor.

Here is a look into some Home Depot competitors and alternatives: 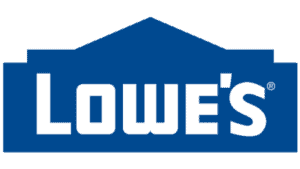 Lowe’s is an American retailer that offers a similar product range and service as Home Depot. The company was founded in 1921 by Lucius Smith Lowe.

Lowe’s was once the largest hardware retailer in America until it was overtaken by Home Depot in 1989.

It retains its place as the second-largest hardware store.

The company welcomes as many as 18 million customers each week.

It has around 2,200 stores throughout the United States, Mexico, and Canada.

The company is listed on the New York Stock Exchange under the ticker symbol LOW.

It is part of the S and P 100 component which is a stock market index.

The company has around 300,000 employees working for it.

It stocks around 34,000 products in its stores that can help with home improvement, construction, repair, and decoration.

Like Home Depot, the company offers installation services and has an online store too.

Menards is the third-largest home improvement company in America.

The company was officially founded by John Mernard Jr. in 1960 after he spent 1959 building post-frame buildings.

The company remains with the Menard family and is based out of Eau Claire, Wisconsin.

There are over 330 stores and they sell a range of products like home appliances, doors, windows, building materials, garden supplies, and tools.

Over 45,000 people are working for Menards and they operate in 15 states.

Menards is a privately held company so it does not need to make its finances publicly available.

Despite being significantly smaller in size than Home Depot and Lowe’s, Menards has become the third-largest home improvement retailer in the country.

This is thanks in part to its focus on providing customers with real value and saving them money.

True Value is a wholesaler that supplies products such as home appliances, home improvement, and building materials.

The company began in 1948 in the United States and used to be a cooperative until its acquisition by ACON Investments.

The company provides support to a range of businesses such as Taylor Rental, Induserve Supple, and Grand Rental Station.

This is in addition to its own True Value stores. There are over 4,500 stores throughout the world and the company operates in around 60 markets.

True Value differs from its competitors by offering locally relevant goods and services.

It offers its products at a competitive price and focuses on generating leads through marketing.

The company is privately held so its financials are not released every year.

Unlike Home Depot and Lowe’s, True Value has international interest and thanks to expansion worldwide it is the fourth largest hardware retailer in terms of revenue.

Home Depot has worked to develop a great online store that competes with other eCommerce platforms.

This has played a significant role in Home Depot’s strategy which has allowed it to race ahead of its competition.

It actively tries to drive its in-store customers to its online store.

Colleagues working in-store have handheld devices that can be used to order products directly online for customers.

The benefit of this is that delivery can be arranged then and there. Customers don’t need to take bulky items home themselves.

Quick to adapt to online trends, Home Depot has secured itself the number one position among home improvement retailers.

The company has leaned into the changes in public sentiment and now prioritizes its online business.

Thanks to its large footprint across many states in America, Home Depot is really accessible.

It works to offer great products for both consumers and professionals.

Through its installation services, the company can offer an end-to-end solution for its customers.