Macys Competitors: Who Stacks Up Against this Retail Chain? 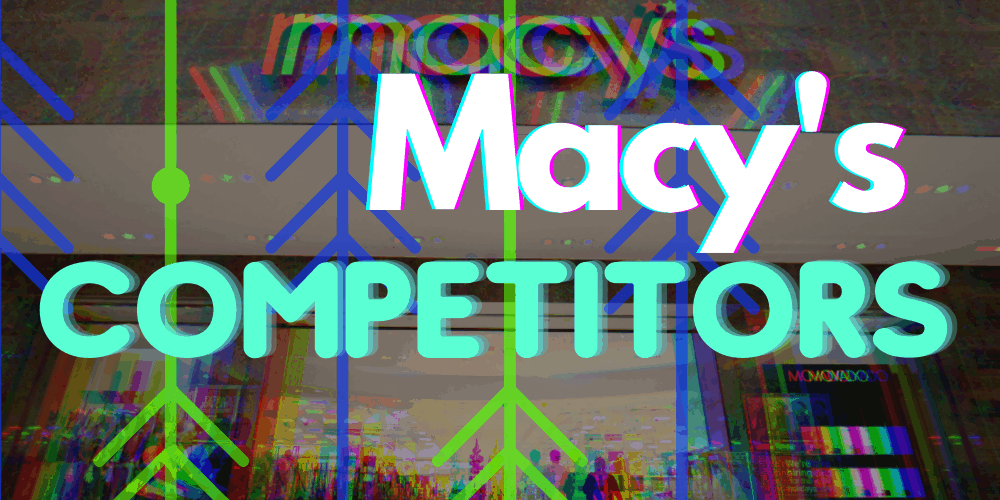 Macy’s is the largest department store in the U.S with over 500 locations across the country.

The company was founded in New York, New York in 1858 by Rowland Hussey Macy.

Its flagship store is in Herald Square, Manhattan in New York City.

They host the annual Macy’s Thanksgiving Day Parade and are the main sponsors of the Fourth of July fireworks.

In this article, we will explore some of the biggest Macys competitors.

Their flagship store is one of the biggest department stores in the entire world.

In recent years the company’s competitors are large online storefronts such as Amazon and Wayfair.

The company has a dedicated online store and various department stores throughout America.

The company is a publicly listed company on the New York Stock Exchange under the ticker M. Macy’s is a beloved brand and has ingrained itself in American holidays and traditions.

It has earned the respect and loyalty of many Americans which keeps it prominent in public knowledge.

Macy’s is the largest department store in the U.S with more brick-and-mortar locations than any of its competitors.

It has an extensive and robust distribution network which helps it remain competitive against newer online-only, stores.

The company competes with other department stores such as Nordstrom and the Hudson Bay Company.

Macy’s has a significant advantage in the retail store arena due to the sheer amount of locations it owns. However, this significantly increases their operating costs.

Rising rents and declining footfall is an area of concern for the company as they attempt to increase online revenue. Here are some of Macy’s biggest competitors:

John W. Nordstrom and Carl F. Wallin created Nordstrom in 1901 as a shoe store and eventually developed it into the upscale department store it is today.

Nordstrom is more high-end than Macy’s but has a lot fewer stores.

The company has over 100 stores in 32 states plus international stores in Canada and Puerto Rico.

Nordstrom outperforms Macy’s in most areas scored by Comparably.

The CEO for Nordstrom, Erik Nordstorm, has a score of 74 while Macy’s CEO, Jeff Gennette, languishes behind at 63. Nordstrom is ranked higher for product quality, pricing, and customer service.

This is to be expected of a store focused on luxury goods.

Macy’s financials are stronger than Nordstrom’s, but Macy’s is a much larger business in comparison.

The Hudson’s Bay Company has a storied history that dates back to its foundation in 1670 in London, England.

The company started as a fur trading business before it became a department store in Canada.

Hudson’s Bay Company has since been acquired by American businessman, Jeff Zucker, now making it an American-owned business.

The company is believed to be the oldest surviving company in North American history.

Hudson’s Bay Company is the only company in this list that Macy’s comfortably outperforms.

The CEO, Helena Foulkes, is rated at 57 slightly below Macy’s CEO at 63.

HBC ranks very low at 2.2 for customer service and has a dismal net promoter score at -28.

Amazon is Macy’s number one competitor and the company is comfortable in the lead.

Jeff Bezos’ company is relatively new, having only been founded in 1994.

Under Bezos’ leadership, the company has grown into being the leading retail company in the world.

They have expanded dramatically and account for almost half of all online sales in the U.S.

Thanks to their Prime subscription service which offers 2-day free shipping amongst other benefits, the company outperforms every single retail competitor.

What Amazon lacks is brick and mortar locations which give Macy’s an edge with pedestrian foot traffic.

However, this accounts for much of Macy’s operating costs and allows Amazon to have significantly fewer overheads and the ability to offer better prices.

Macy’s isn’t out of the game yet. While retail sales may be declining, Macy’s still has a competitive edge with its reasonably priced department stores.

What Is Macys Biggest Advantage?

When you compare Macy’s to other brick-and-mortar retail stores, it remains a strong competitor.

It is more reasonably priced than Nordstrom and is much more accessible thanks to a large number of stores across the country.

The company is also well ingrained into American culture.

Macy’s Thanksgiving Day Parade is one of the most popular holiday events in the country.

Its challenges are in its online offering as Amazon is a very hard company to compete against.

With that said, people do shop at Macy’s online, and sales are growing.

By focusing on a strong online offering the company may still be able to draw consumers away from Amazon.

Macy’s is well-positioned to challenge Amazon as having its department stores is a big bonus for many consumers.

It is certainly an interesting time to be a retail store, as consumer habits change and more shopping are done online.

Macy’s is a well-known and beloved brand but it isn’t going to be enough to keep competing with online stores.

Foot traffic is declining year on year and Macy’s has to find a way to innovate to either get people back in-store or bring an Amazon-killer to the online market.

It would be a sad day for many people to see Macy’s brand disappear but thankfully the company remains in a stable financial position.

It is the leading department store in the U.S. and is in a stronger position than most of its in-person retail competitors.

The online arena is rife with competition so the company needs to find a way to keep people on its website.