The Rise of Layer Two Protocols: Here’s What You Missed 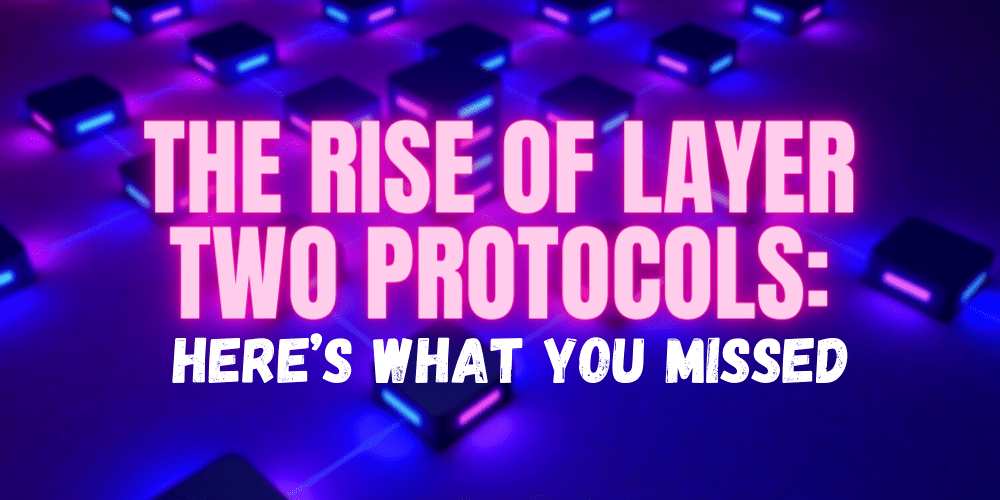 We have been trying to catch up since the advent of web 3.0 and blockchain technology, but everything keeps evolving and leaving us behind. Just yesterday we were looking at blockchain protocols on layer one and today, developers are already exploring layer two as a solution to scalability on a global level of blockchain usage because with every technology comes the need for continuous improvement and adaptation.

Feeling left out whilst wondering what layer two is all about- the need and idea behind it, plus the protocols and their respective use, pros and cons? Grab a seat as we delve into the rise of layer two protocols. 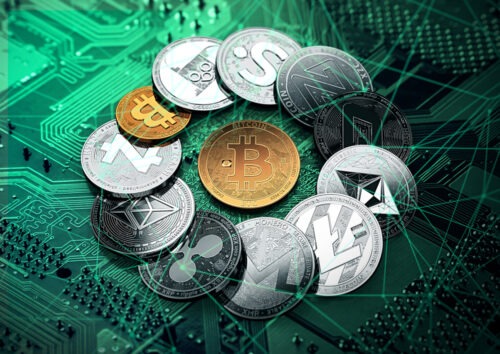 What Are Layer Two Protocols?

Don’t fret; we were not about to drag you down this road without us looking at what layer two protocol is really about.

They lift the scalability limitations and difficulties in operation without compromising security and decentralization of the network like existing layer one protocols. You can liken these protocols to the way Bitcoin Profit solves the security issues of many crypto platforms.

Still Don’t Understand Why Layer-Two Is Coming to Play? 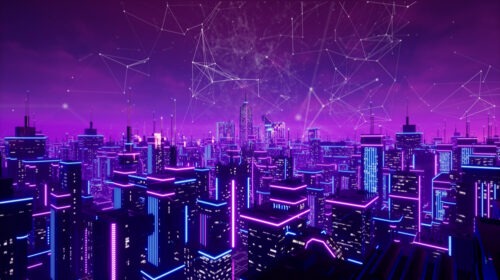 With tons of things going on out there, system congestion and clogging came on naturally, spiraling the cost of the transaction out of control.

Developers are exploring solutions to fix this, such as sharding. But an immediate fix to this arising issue is layer two, a scaling solution that takes transactions off the mainnet of Ethereum- layer one.

It is worth noting here that, there has been a number of different layer two technologies around as far back as 2019 with a steady climb in adoption since last year, 2021.

Some layer two technologies brought about to achieve second-layer scalability solutions are;

A Nested blockchain is a blockchain atop another blockchain. As the name implies it is nested. Designed in such a way that a chain can function on top of the other, it consists of the main chain and secondary chains. 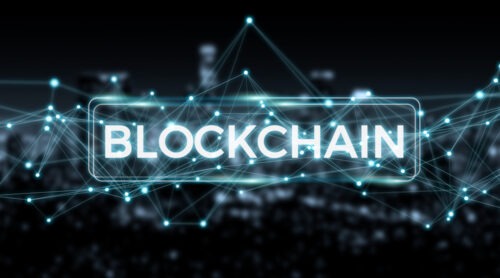 The main/primary chain assigns tasks and is responsible to monitor that all transactions follow parameters. Secondary chains perform tasks, the transactions.

Unlike in Nested blockchains, in state channels, the transactions can be performed without involving the primary chain.

This brings about fast processing rates as miners spend minimal time and validations are done with mechanisms of smart contracts.

In state channels, layer 1 blockchains are not needed to validate transactions, but upon completion, the results are stored on the primary layer.

Designed to handle large amounts of transactions, Sidechains are side blockchains linked to the primary chain.

Optimistic rollup is one of the two different approaches to Rollups (the other being zero-knowledge rollup). Rollups are currently the preferred layer two solution for scaling Ethereum. 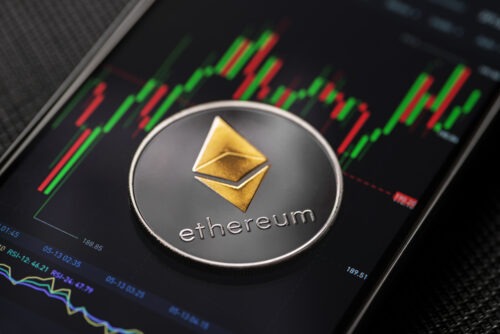 By using rollups, one can reduce gas fees by up to 100 times compared to layer 1.

Optimistic rollup being the most popular rollup approach is a type of layer 2 offchain scaling technology built to run on top of Ethereum’s base layer.

Expected to scale up about 100 times better than Ethereum blockchain layer 1, optimistic rollups are designed for interoperability between layer 1 and layer 2.

The Rise in Layer Two Protocols

The recent rise in layer two protocols can be attributed to the launch of Arbitrum and Optimism, in September 2022, the protocols witnessed a new all-time high based on transaction counts.

In the following sections, we will be looking at Arbitrum and Optimism as two of the largest Layer 2 scaling solutions built on optimistic rollup technology with a universal purpose.

Arbitrum is a layer two protocol for the Ethereum blockchain that uses the scaling technology of optimistic rollups. Arbitrum achieves a throughput of up to 40,000 per second at a gas cost that is significantly lower than that of the Ethereum mainnet.

From our earlier description of optimistic rollup technology, only a small amount of data is needed for computation and storage as transactions are not performed on the Ethereum mainnet. This brings about lesser gas fees and Ethereum is less clogged. 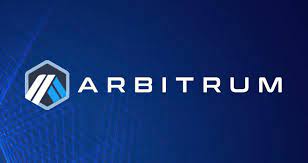 According to Arbiscan, Arbitrum boasts over 720,000 unique addresses as of June 2022 and is growing fast. Daily, between 50,000 and 100,000 transactions are processed and Arbitrum has about 1.5 billion USD in total value locked.

There are more than 80 DApps currently running on Arbitrum with some of the best like Dopex, Sperax USD, Beefy Finance, and Jones DAO. Some of the best decentralized exchanges (DEX) on Arbitrum are SushiSwap, GMX, Curve, Balancer, and Uniswap.

How to Use Arbitrum

The following steps are a simple guide to how you can use Arbitrum:

Led by Optimism Foundation, a nonprofit organization dedicated to growing the ecosystem,  Optimism is a layer 2 blockchain on top of Ethereum. Just like Arbitrum, Optimism uses the optimistic rollup technology to scale up transactions on the Ethereum mainnet. Optimism is fast, stable and scalable.

Alongside Arbitrum, Optimism is one of the biggest scaling solutions for Ethereum with about 300 million USD in TVL- total value locked. 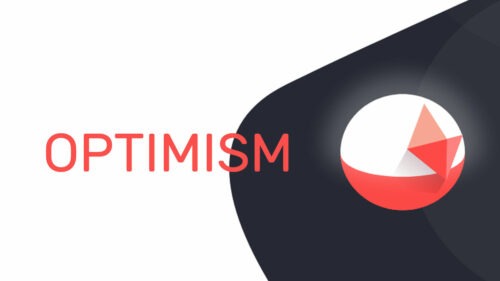 It is home to more than 30 Protocols with the biggest ones being a derivative exchange- Synthetix, SNX; a decentralized exchange- Uniswap, UNI; an automated market maker, AMM- Velodrome, VELO. Optimism is designed to be simple, pragmatic, sustainable, and optimistic.

These four design constituents influence Optimism as a whole.

How to Use Optimism

The Optimism network is easy to use as per its design.

The function itself features a wallet with a friendly and intuitive user interface.

Users can transfer Ethereum and other coins. Once the currency is transferred, it can be used as part of transactions conducted on Layer 2.

Here are the simple steps to using Optimism:

The smart contracts in the Optimism layer two protocol can be separated into the following key components:

The first obvious similarity between these layer 2 scaling solutions is their use of optimistic rollup technology, but this does not deter them from having fundamental differences.

Arbitrum and Optimism both use fraud proofs which are ideal for scaling solutions because they are deployed only when invalid blocks are detected, instead of with every transaction.

This saves the computational resources of the network. They both allow tokens to move between layer 1 and layer 2. Their transactions are finalized the moment the block is created, instead of undergoing a series of conformations resulting in a high throughput network.

The technical differences between these protocols are irrelevant to the average user. Major difference is the fact that Arbitrum has no governance token whereas Optimism issued theirs in May 2022.

Although both protocols are EVM compatible, Optimism uses Ethereum’s EVM while Arbitrum uses its own- Arbitrum Virtual Machine. This gives Arbitrum the edge to back all EVM-compiled languages while Optimism has only a Solidity compiler.

Multi-round fraud proofing is the more advanced of the two, with it being cheaper and more efficient than single-round proofing.

Arbitrum is not DAO governed, with the protocol run solely by Offchain Labs whereas Optimism is a DAO.

While Optimism lays out its development roadmap until 2024, Arbitrum does not have any of its future plans publicly available.

Just like every system and design, layer 2 protocols have pros as well as cons. 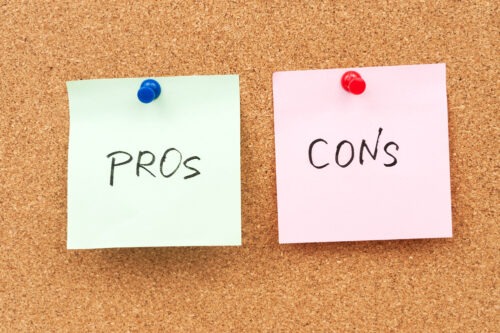 Here are the importance of layer two protocols to the blockchain ecosystem:

A layer 2 protocol builds on and complements the active base layer without tampering with the original blockchain design, thereby not compromising its security.

As scaling is the biggest issue of the blockchain and the main reason for a second layer, this offchain scaling solution increases the throughput- transaction per second rate of the network.

This is great for scalability and ensures a good expression regardless of network load.

Just as seen with scalability,  layer two protocols can be used for faster and better computations. As transactions can be done offchain, this reduces workload and increases speed as tasks are split between chains.

As blockchain relies on middlemen- miners, to validate transactions. Transaction fees spiral as more users join the network, this is because mining activities require heavy computing powers and miners select transactions with higher fees as they have limited computing power to meet the influx of users.

In spite of their advantages, layer 2 protocols have significant drawbacks to the blockchain network. The benefits of any system come with a cost, and here is that of layer two protocols: For optimistic rollup protocols like Arbitrum, there could be a long withdrawal time in case of challenging transactions.

The liquidity of a blockchain network can suffer with the addition of a second layer.

Also, there could be onboarding issues, especially for new users.

It can be deduced that protocols and working principles of Layer 2 show how important they are to the blockchain technology and cryptocurrency ecosystem.

Amidst pros and cons, the rise of layer two protocols is an innovative approach for resolving the scalability of the blockchain without affecting or compromising its security and decentralization. As the use of blockchain technology grows, it is safe to say that Layer two protocols are an important part of this evolving ecosystem.

And hopefully, this article has brought you up to speed with the trending technology.