Asana is a Software-as-a-Service application that helps businesses with their team management.

The company began in 2008 and was developed by Facebook co-founder Dustin Moskovitz and engineer Justin Rosenstein.

The pair were employed at Facebook to improve the productivity of staff at the company.

The pair decided to leave Facebook to launch Asana which came out of beta testing in 2011.

By 2012 the software was commercially available.

The company raised $1.2 million in angel funding in 2011 from investors like Sean Parker and Peter Thiel.

The company went public in September 2020 with a direct public offering on the New York Stock Exchange. The company reported total revenue of $142.2 million in 2019.

Around 900 people are working for Asana and the product is available in many markets around the world.

In this article lets take a look at the biggest asana competitors!

In 2012 Asana released its API which means that third-party developers can build on the Asana platform and customize it to fit their needs.

This makes Asana an excellent choice for businesses that need extra flexibility.

Asana also partnered with Google to integrate its software with Gmail.

The company aims to provide an all-in-one tool for work management and collaboration.

The software allows teams to create projects, specify deadlines, communicate within the app, assign out work, attach files, and calendars.

The company has released reporting tools to help businesses track progress and there are specific tools available for IT admin teams.

Asana has been translated into various languages including French, Spanish, Portuguese, and German.

Now here is a look at some of Asana’s competitors and alternatives:

ProofHub is a top choice amongst companies looking for project management software that provides teams with a central location for communication and project collaboration.

ProofHub was founded in 2011 by Sandeep Kashyap and is based in Walnut, California.

The company has a mid-sized team of employees, yet still manages to offer superior software performance and diligent support to users.

ProofHub offers both an “Essential” tier and an “Ultimate Control” tier for $45/mo and $89/mo respectively when billed annually. 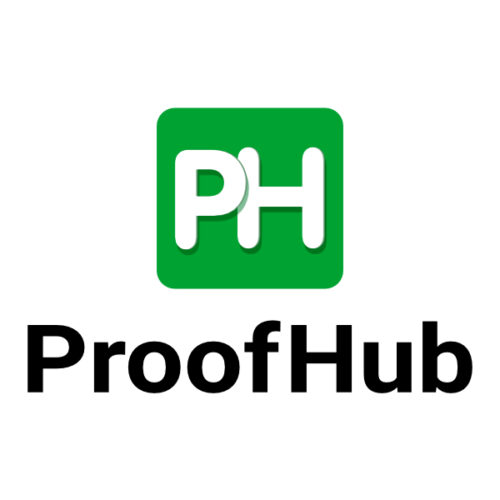 Trello is a simple list-making application that was created in 2011 by Fog Creek Software.

The company was then spun off into a separate entity known as Trello in 2014.

Trello is headquartered in New York City. In 2017 the company was acquired by Atlassian which owns a suite of software for developers and project managers including Confluence and Jira.

Trello uses the kanban board style which helps individuals and teams to visualize what stage of the process each task is at.

Atlassian is based in Sydney, Australia, and is listed on Nasdaq under the ticker symbol TEAM. The company reported total revenues of $1.61 billion in 2020.

Trello offers a free tier that is suitable for most individuals and small businesses.

There is a business class tier available with some additional features for $10 per month.

Alternatively, you can contact them for a bespoke package for your enterprise.

Monday.com is the flagship product from monday.com Labs ltd. It is a project management tool that helps companies with tasks, teamwork, and projects.

The company started as part of Wix.com but was eventually spun out to form its own company in 2012.

Roy Mann was named CEO after a stint at Wix.com. The company is based in Tel Aviv, Israel, and over 600 people are working for Monday.com.

The software is award-winning, taking home to Webby Award for Productivity in 2020.

The company is privately held as of 2021 but has filed for an initial public offering with the aim of going public shortly.

The company has had several rounds of successful funding with its Series D round bringing $234.1 million and raising the companies total valuation to $1.9 billion.

The company has released 2 versions of its API to help developers build on top of the Monday.com platform to meet their needs.

ClickUp is one of the newer challengers to Asana that was originally founded in 2017.

The company exited its beta testing phase in September 2017 and by November had its first paying customer.

The company is headquartered in San Diego, California.

In 2020 the company had its series A and series B funding rounds.

ClickUp has positioned itself as an alternative to Asana and boasts more productivity tools and better team collaboration.

The company offers its feature-rich software on a free forever basis, including 24-hour access to its support.

ClickUp can be integrated with a variety of different software Outlook, Evernote, and Salesforce.

For more features, you can become a ClickUp member for $5 per month.

Businesses can join from $9 per month and enterprises can contact for information on pricing.

Asana has a good reputation for being easy-to-use and increasing productivity among its teams.

It has a complete suite of tools that can help businesses with their project management.

The software can be integrated with a variety of files and apps which makes it really collaborative.

These colorations are with messaging tools like Microsoft Teams or Slack. As well as file sharing tools like Google Drive and Dropbox.

One thing Asana does well is decrease the need for emails. Since its software houses all the relevant information and tasks can be easily tracked.

This reduces the need to send emails and wait for replies which can increase productivity throughout the business.

Asana operates in a growing industry as more businesses look to steer away from hardware to cloud-based applications.

Through its Software-as-a-Service model, Asana can draw in recurring revenue from its clients.

They will need to keep innovating and offering superior service to stay relevant.

ClickUp does most of what Asana can do for a fraction of the price or, in many instances, for free.

Asana has a strong reputation and brand identity that will keep it in the lead at the moment.

However, their position is tenuous as new products are introduced to the market.