Video games are a huge source of entertainment for millions of people.

The video game industry has evolved over the past several decades, with innovative games that cater to people of many different demographics.

People discovered different kinds of games that they might not otherwise have found during the pandemic, and this trend continues even now.

The esports market is also building a large global fan base that has the potential for enormous revenue.

With so much growth and innovation on the horizon, now is a great time to invest in video game stocks.

Here are the ones we recommend to add to your portfolio.

Electronic Arts is an American video game company based in California.

They got their start making computer games in the 1980s and have made a considerable impact on the gaming world over the last 40 years.

EA is the second-largest video game company by revenue, making titles for a broad range of devices, such as PlayStation, Xbox, and Nintendo Switch.

Electronic Arts makes some of the top video game franchises globally, including Need For Speed, The Sims, Titanfall, and Battlefield.

They are also known for their sports franchise games, including FIFA and Madden NFL.

They even have mobile game titles on their roster.

Electronic Arts stock has seen good growth over the last few years, in part due to the global pandemic.

During that time, they’ve even been able to keep their cash flow up.

Electronic Arts is a top stock to buy for the long term with a long history of success in the video game industry. 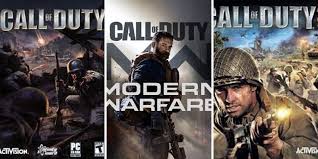 Activision Blizzard is another top gaming company making moves on the stock market.

This company is known for the Call of Duty franchise and other popular titles like World of Warcraft, Overwatch, Diablo, Guitar Hero, Candy Crush, Crash Bandicoot, and more.

The release of a new Call of Duty game alone can generate tremendous revenue for Activision Blizzard.

Their other core franchises supplement their financial success.

Activision is now the largest game company in the world in terms of revenue.

They have mastered the art of a successful franchise, so it’s unlikely that their business will slow down anytime soon.

They’ve proven that they can succeed on a variety of gaming platforms, including mobile.

Whether recent allegations against Blizzard will affect their share price remains to be seen, but there is little doubt the company will bounce back regardless.

Take-Two Interactive is another game developer that has seen impressive stock growth over the last few years.

The company is known to put a lot of resources into their games to make them stand out in the market.

Take-Two Interactive runs two major gaming studios along with some smaller ones to produce some of the most sought-after content of the past few years.

They just picked up gaming company Nordeus for $378 million.

Some of their most exciting titles include Red Dead Redemption, NBA 2K, and Grand Theft Auto.

Many market experts list Take-Two Interactive as one of the top growth stocks to buy right now in the gaming industry.

Take-Two Interactive has mastered the art of monetizing existing series to continue generating revenue without constantly churning out new titles. 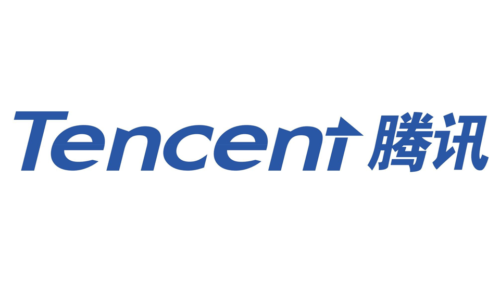 Tencent Holdings is a Chinese conglomerate that owns companies in a variety of industries.

They’re notable in the video game industry because they have an extensive gaming department known for their massively multiplayer online games, including League of Legends.

Tencent Holdings differs from some of the other video game stocks on this list because their revenue stream is very diverse.

They also own WeChat, one of the most popular Chinese messaging apps.

It’s one of the largest holding companies in the world, with a very stable portfolio.

Tencent stock is at a bit of a low at present, making this a potentially great time to invest.

Capcom is one of many successful Japanese video game stocks worth a look at right now.

Some of Capcom’s franchises include Resident Evil, Mega Man, Street Fighter, and Monster Hunter – all successful titles with room to continue building momentum.

This company has been in the industry for decades and has a proven business model.

They saw a significant share increase in 2020, but it has come down slightly since.

They are even seeing record-high sales numbers in 2021, thanks to excellent game releases.

This momentum shows that Capcom has room to continue moving up in the near future.

Microsoft is one of the world’s foremost computer technology companies.

They’re involved in the video game industry in a few different ways, with the most exciting computer games on the market being designed for Microsoft PC devices.

While there are other companies that make gaming computers, Microsoft has a decades-long foothold in this niche.

They also produce Xbox, one of the market’s most established consoles.

Not only are their video game consoles performing well, but they also have a successful line of personal computers, tablets, and software products.

Microsoft as a whole has performed well this year, with revenue exceeding industry expectations.

They have a very solid upward trajectory that shows no sign of stopping any time soon.

This company has a high price-to-earnings ratio, so some investors may find it too expensive.

However, you shouldn’t count out this tech giant.

This is a great gaming and tech stock to buy for a long-term investment. 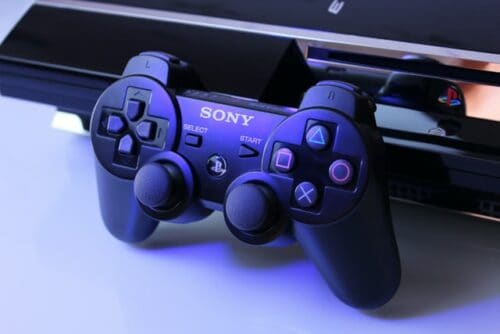 Sony is a Japanese electronics company known for the PlayStation console line.

They’re also a game publisher in their own right.

While they face stiff competition from Xbox and Nintendo, PlayStation has led the console market in recent years.

Sony released the PlayStation 5 in November 2020 to huge fanfare from the gaming community.

This innovative new device has many exciting, immersive features that set it apart from the competition.

It even integrates with virtual reality products.

Stores quickly found that they could not keep the PS5 in stock and are still struggling to do so due to demand.

The success of this device led to explosive growth in Sony’s stock value throughout the winter and spring months, although it has leveled off some as of late.

Nintendo is an iconic Japanese gaming company that made its way to global prominence in the 1980s.

Since then, they’ve released a huge range of iconic franchises, including Mario, Super Smash Brothers, Legend of Zelda, Animal Crossing, and more.

In addition to their games and software, Nintendo is also known for its consoles.

Their most recent console, the Nintendo Switch, came out in 2017.

This device is a portable gaming system that can also connect with a TV for home entertainment.

While Nintendo hasn’t seen the explosive growth of some of their competitors, but they’ve seen notable increases throughout the pandemic.

Currently, share price is down due to limited releases this year and a cooldown as people get out more.

Nintendo also appeals to casual gamers, young kids, and other unique sectors of the market.

Their games have a designated audience that is unlikely to stop paying attention anytime soon.

This makes them a great investment opportunity for the future. 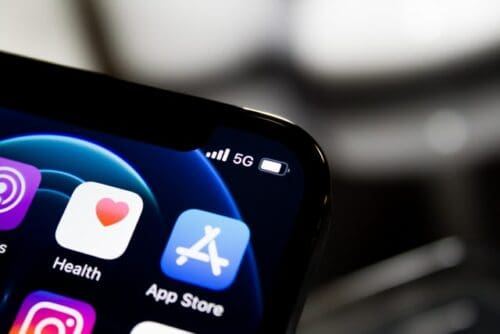 Apple is a leading tech stock best known for products like the iPhone, iPad, and MacBook.

They are a relatively diverse company with multiple revenue streams to rely on and a sound business model.

The iPhone is one of the most popular platforms for mobile gaming.

The mobile game sector is poised to keep growing as consumers rely on their personal devices for all kinds of entertainment.

This is where Apple continues to carve out a niche in the game industry.

The app store is home to a huge library of games of all genres and captures an audience that might not typically be interested in gaming.

In 2019, the company launched its Apple arcade subscription service, including access to exclusive mobile games.

With Apple stocks’ consistently positive performance this year, investors should consider adding them to their portfolio.

This is one of the most affordable video game stocks to buy right now, and they have huge potential.

Zynga started off developing games for Facebook in the early aughts but has recently moved into mobile games.

They’ve kept their social media integration but have expanded it to reach a wider audience.

Some of Zynga’s most well-known games are Words With Friends and Farmville.

Even though this is the case, their stock took a hit in August after releasing their earnings report.

With this dip in stock performance, now may be the right time to add Zynga to your portfolio.

It’s a cheap buy that could have huge potential if they keep up their acquisition strategy.

Through the Google Play store, consumers can download new games from developers around the world.

Android has a larger global reach than Apple and has a broader range of games available.

The company as a whole has a much larger reach into internet services, home-based products, and more.

All these products make for a very diverse stock.

Google’s stock continues to steadily climb and, although expensive, looks to be a strong option.

Can you invest in video games?

There are so many great video game stocks that you can invest in.

To invest in gaming companies, you’ll need to set up an investment account.

Consumers have been relying on video games for entertainment now more than ever, even as the world comes out of the pandemic.

While many other industries have struggled, video game stocks have consistently seen growth.

The world’s top video game companies are pushing the envelope with new technologies and innovative storylines.

This is only the beginning for the video game industry, and now is a great time to invest in this exciting market.