PayPal is a digital wallet that consumers can use online to make purchases.

Initially targeted at eBay users, the service is now available all over the web.

The company has expanded to provide card reader services, loans, and much more.

Since PayPal doesn’t charge people to hold their money, how does PayPal make money?

How Does PayPal Make Money? 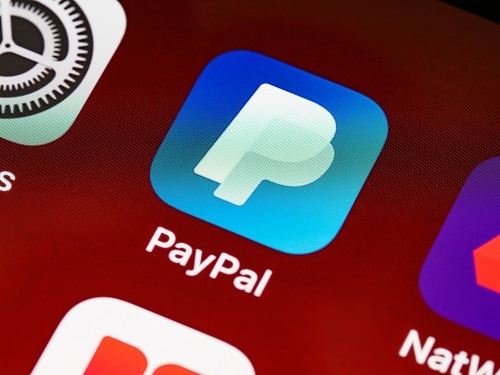 There are multiple ways that PayPal makes money from its user base.

These include transaction fees, credit interest, eCommerce solutions, loans, and interest. This is a breakdown of those fees.

PayPal has two kinds of accounts that people can use, specifically  business accounts and personal accounts.

Both of these accounts are subject to certain transaction fees on some transfers.

Personal accounts can be charged up to 1% for transfer from the digital wallet to a bank account.

PayPal applies transaction fees when you purchase online or in-store through using its services.

Businesses are charged 2.9% + $0.30 per sale for online transactions and invoicing.

There is a subscription service for businesses at $30 per month.

This enables businesses to have a customizable checkout page and other special features.

PayPal charges fees for transfers to a different country.

For this service, PayPal has fees between 0.3% and 3.9% as well as small fixed fees.

There is also a built-in exchange rate charged when you transfer one currency to another. 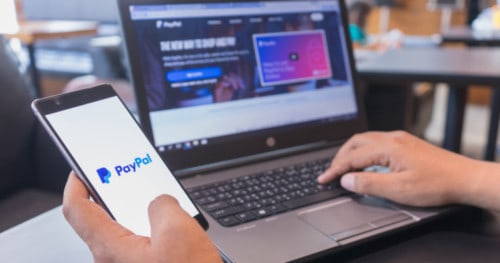 PayPal offers “a business in a box” package which allows businesses to integrate PayPal with a large number of partners.

The company earns a commission based on sign-ups to things like GoDaddy and WooCommerce.

Transactions made using this service are charged at a rate of 1.5% to 3.5% per transaction.

If you leave money in your PayPal account, PayPal will deposit it in a bank account where it can earn interest for the company.

Of course, this is an easy source of revenue for PayPal.

Alongside interest from the money it holds, PayPal charges interest for its credit facilities.

If a person takes out a PayPal credit account, they will be charged interest of up to 26.24% on the balance.

How Much Money Does PayPal Make? 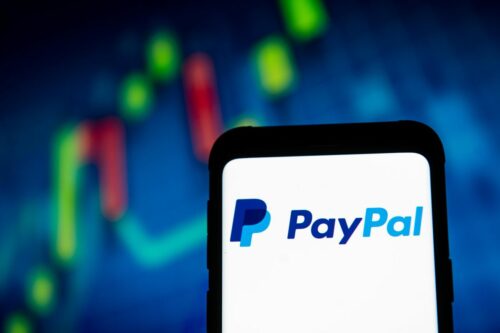 PayPal is a profitable company that operates as a digital wallet.

This profit has been driven by PayPal’s extensive user base which is currently over $286 million.

Alongside PayPal’s own digital wallet, the company has acquired many other businesses as well to either stave off competition or extend its own offerings.

In 2008, PayPal purchased Bill Me Later for $945 million and would rebrand it as PayPal Credit, which introduced a new revenue stream. In 2018, the company bought iZettle, which produced card readers that challenged PayPal’s own model.

If you are interested in buying PayPal stock (PYPL), use Webull! Webull is an investment platform with zero commissions + a bunch of research tools.

In 1998, PayPal’s history started with the beginning of Confinity. Confinity is the creation of Max Levchin, Peter Thiel, and Luke Nosek.

Then in January 1999, Elon Musk launched X.com. These two companies would eventually merge in 2000, using the name X.com.

PayPal was originally an online payment service for Confinity and would be the flagship service for this new entity.

From the beginning, PayPal targeted eBay users as a place to acquire users.

Since there was a high level of buyers and sellers on this platform and no standardized payment method, X.com reduced its financial services in October of 2000, with the primary focus instead being PayPal.

In 2002 the company had its initial public offering with a share price of $13. eBay then acquired PayPal in July of that year.

PayPal would continue to grow rapidly, becoming available in thousands of different stores.

The company has had exceptional growth and has acquired multiple companies as it continues to grow.

PayPal is a subsidiary of eBay, which bought the growing company in 2002.

eBay would spin off PayPal as a wholly separate publicly traded company in 2014.

The chairman of the company is John Donahoe, who also owns Nike.

The CEO and president of PayPal is Dan Schulman, who previously worked for American Express.

What Is PayPal Worth?

The company is a successful business that reports big profits for its parent company.

PayPal is now a bigger earner than eBay with the latter failing to make a profit in recent years.

How Can PayPal Make Money In The Future? 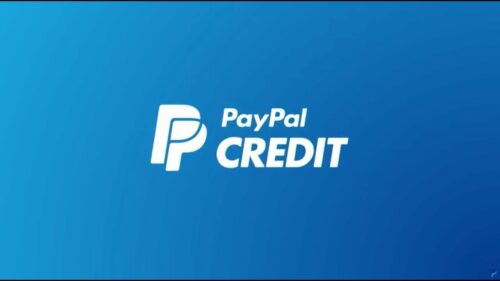 Despite having almost 300 million active users, PayPal still has many people it can reach.

Its services are available in over 200 countries, PayPal will look to introduce more of its services worldwide.

Credit is still a new arena for PayPal, so onboarding more customers to this facility should be a top priority.

In fact, the company has announced that it will charge a fee for inactive accounts in some countries.

Secondly, another sector the company may look to expand into is banking.

PayPal has immense name recognition, which could see them well-placed to launch a digital bank.

PayPal has grown alongside the Internet, entering the market at the perfect time like other digital services such as eBay and Amazon.

PayPal has rapidly expanded and acquired smaller businesses to boost its own position.

As a subsidiary of eBay, PayPal is available in most of the world.

All in all, the company is going to continue to grow as it innovates and improves digital retail technology.