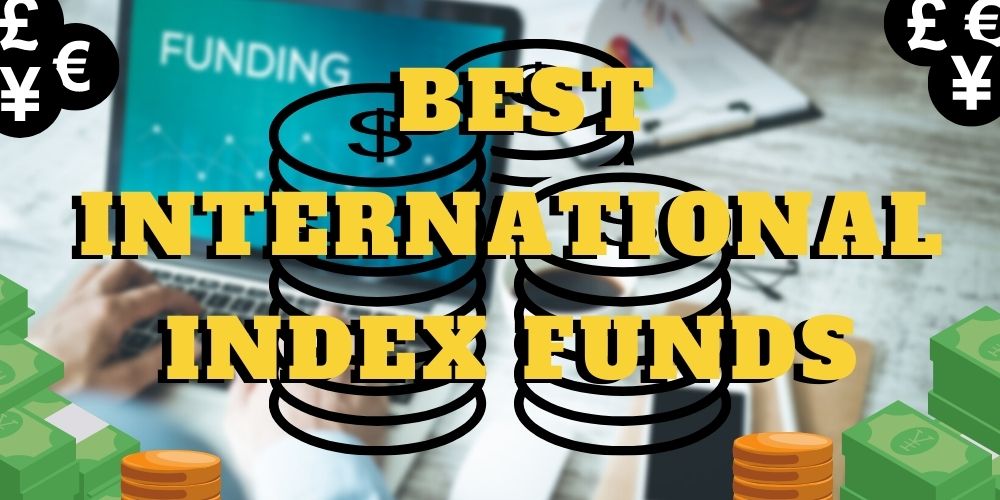 International Index funds offer a diversified portfolio of stocks from developed and emerging markets around the world. They typically charge lower fees than actively managed funds, making them attractive to investors looking for low-cost exposure to international stocks. With that said, what are the best international index funds to buy right now? Let’s find out.

The Northern Global Sustainability Index Fund operates somewhat differently from traditional international funds, primarily because it invests in companies based on how in tune they are with Environmental, Social, and Governance (ESG) standards of operation.

The fund’s primary focus revolves around large-cap and mid-cap stocks, with an expense ratio of 0.3%.

For the uninitiated, a fund’s expense ratio is the percentage of your investment that you’re slated to pay the fund’s manager as an annual management fee.

If you’d like to gain exposure to companies that actively champion global ESG standards, then the NSRIX is worth taking a close look at.

It has exposure to stocks in Australia, Canada, Denmark, France, Switzerland, Germany, and the United Kingdom. It also has some exposure to the United States.

Vanguard is one of the largest investment companies in the world, with an investor base of over 30 million people.

It is home to a slew of mutual funds, including the Vanguard Developed Markets Index Fund (VTMGX), a fund born out of a merger between two international index funds in 2014.

VTMGX has roughly $102 billion under management and primarily targets large-cap and mid-cap stocks across developed markets around the world, including countries like the United Kingdom, Japan, and Canada. 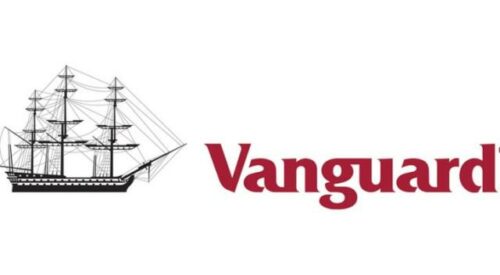 Because most investors rarely get exposure to markets like Japan, the VTMGX international index fund represents a great way to diversify your portfolio in regions you would otherwise lack easy access to.

If you’re looking to make safe forays into the European and Japanese equities market, then you’ll hardly find a better fund to invest in than the Fidelity International Index Fund.

The FSPSX has a heavily diversified portfolio spanning across companies in Europe and Japan.

The fund is so diverse that its top ten equity holdings only represent a fraction of its entire portfolio, roughly 11% as of 2022. 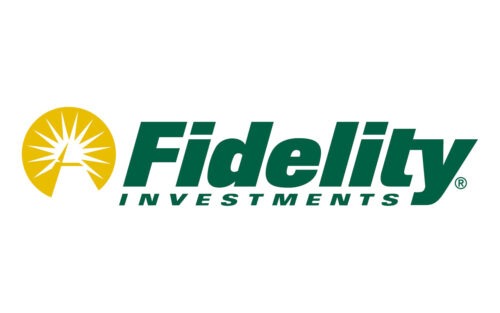 FSPSX currently has roughly $40 billion under management, with 65% of its capital currently deployed in European stocks and about 21% in Japanese stocks.

This makes it an excellent option for gaining exposure to the European market if that’s something you’re particularly keen on.

The FSPSX doesn’t require a minimum investment, allowing you to start without breaking the bank.

Unlike funds that solely focus on investing in developed markets, the Schwab Emerging Markets Equity ETF puts the spotlight on equities within emerging markets.

Due to its focus on emerging markets, the fund is volatile and has some added risk. Still, as you probably know – while volatility comes with special risks, it also comes with an equivalent amount of rewards in the form of potential gains. 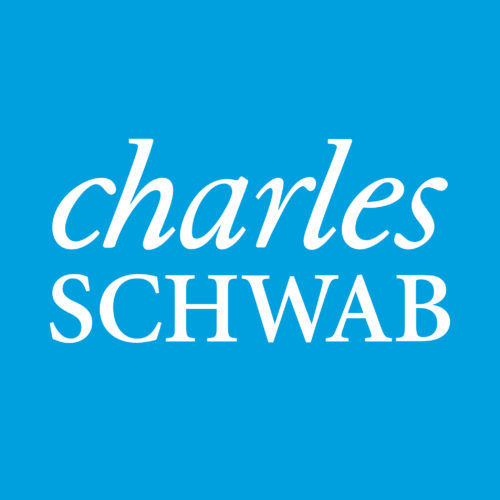 This could make the fund worth investing in, as it exposes everyday investors to explosive companies within emerging markets.

It currently has $8m under management, and most of its portfolio is allocated toward the financial services sector. This industry is rapidly growing in developing countries due to its disruptive nature.

About 17% of its entire portfolio is currently set towards the financial services industry, while the healthcare and industrials sectors take up 13% and 15.4% of its total investment allocations.

In other words, it offers exposure to various developed companies and booming industries.

The fund boasts an attractive 4.08% turnover ratio, making it tax-efficient for investors. And beyond having low tax implications, it doesn’t have a minimum investment requirement.

The John Hancock Multifactor Emerging Markets ETF represents a unique opportunity for investors to gain exposure to an array of developing and developed countries.

Regarding its geographical allocations, developed countries constitute 28.7% of its entire portfolio, while the rest comprise emerging market stocks. 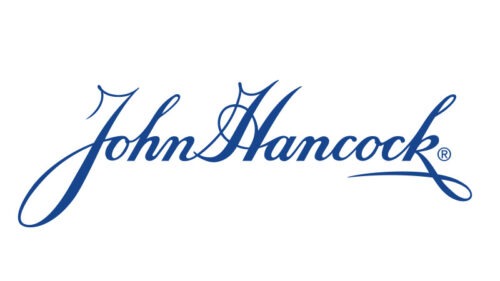 The fund holds its stocks across regions of Africa, Asia, Latin America, the Middle East, and the developing areas within Europe.

Asia makes up a large part of the fund’s emerging market allocation, with 53.1% of its entire portfolio dedicated to the region’s developing countries.

The allocations to regions like Africa and Latin America are minimal, which makes sense due to the prospect of political instability within those regions.

The vast majority of international funds target large-cap and mid-cap investment opportunities as a way to hedge against volatility and risk.

On the other hand, DFA International Small Cap Value I does the complete opposite.

The fund invests explicitly in small-cap stocks to give its investor-base exposure to stocks with high growth potential. 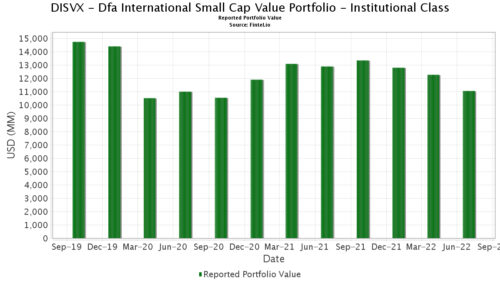 Approximately 26% of the fund’s portfolio is currently allocated toward the Japanese market, while the remainder is split between Europe, Canada, and the United Kingdom.

The Industrials sector makes up 20.60% of its entire portfolio, while 20.28% is allocated towards the financial services industry.

With so many European stocks on its radar, the VEUSX might be the best fund to invest in for exposure to the European market. 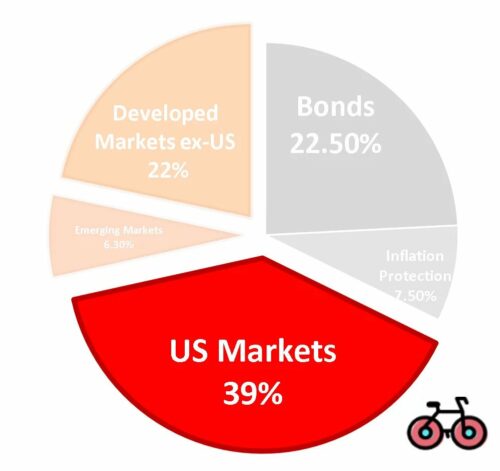 However, it requires a minimum investment of $3,000, which may be off-putting to some investors looking to make a smaller initial investment.

The healthcare sector constitutes the fund’s primary focus. However, like other major funds, it maintains large allocations toward the financial services and industrial sectors.

It’s also worth noting that VEUSX returned 16.19% in 2021. Of course, past performance is no guarantee of future results, but it’s fair to say that the fund can generate decent percentage gains.

Matthews Emerging Markets Small Companies Fund is an international index fund specializing in markets like China, India, and the Philippines.

As of 2022, 84.2% of this fund’s portfolio was allocated towards Asian companies, with the rest of its capital sitting within companies in Latin America, the Middle East, and the United States. 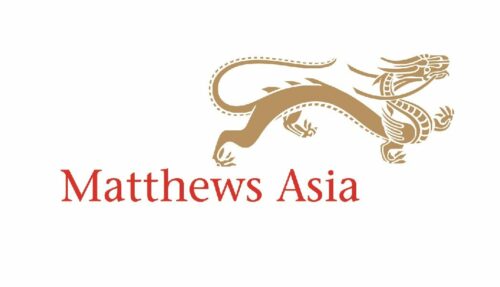 It features a team of veteran investors who boast impressive track records within the Asian market, so if you’re looking to gain exposure to mid-cap Asian stocks, you might find some value in giving MSMLX a try.

However, remember that the fund has a $2,500 minimum investment requirement.

In many ways, it’s fair to consider FISMX the small-cap arm of Fidelity’s line of foreign index funds.

The fund primarily invests in small and mid-cap stocks with high growth potential.

Its top holding, German Industrials company, Rheinmetall AG, has produced a 145% return over the past year, which is a testament to the fund’s eye for explosive stocks.

The fund has a 1.35% expense ratio, which is slightly on the high side as far as expense ratios go, but fortunately, it doesn’t have a minimum fee requirement.

It’s uncommon to see a major international fund allocate more than 5% of its capital to regions like the Middle East and Latin America. 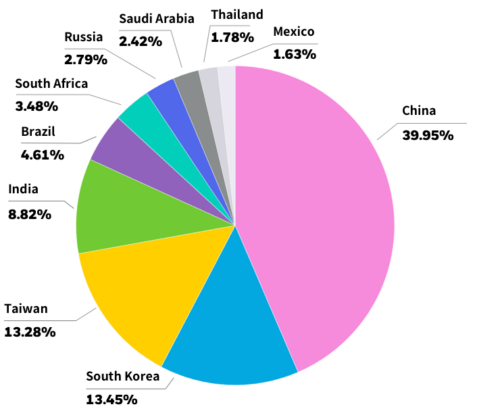 However, EEM’s portfolio consists of 10.04% of Latin America and 8.91% of the Middle East, which is a testament to the fund’s willingness to traverse what many might consider uncharted waters within the world of investing.

EEM was founded in 2003 and boasted a solid lifetime return of roughly 8.9%, putting it in the higher echelons of emerging market funds.

In addition to its impressive lifetime return, EEM boasts a low net expense ratio of 0.68%.

If you’re looking for a way to truly diversify your investment portfolio, then FIREX may be worth looking at.

Unlike most international funds on this list which focus on sectors like technology, financial services, and even healthcare, the FIREX provides everyday investors with international exposure to a more diverse investment vehicle in the form of global real estate investments. 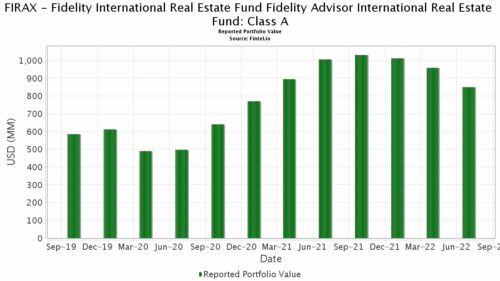 As of 2022, FIREX is primarily invested in Japan, Europe, the United Kingdom, and Hong Kong, a region that tends to carry some geopolitical risks due to conflicts with mainland China.

However, thanks to how diverse its regional investments are, political tensions within Hong Kong are unlikely to have a significant effect on the fund’s portfolio.

The fund currently boasts an impressive 10-year average return of 7.8%, making it a solid pick based on its historical average.

Consider this, while the United States has been producing a slew of multi-billion dollar companies for the past few decades, many markets worldwide are just beginning to produce their first set of unicorns.

This means foreign markets are rife with opportunities to invest in certain companies before they go parabolic. One of the best ways to tap into these opportunities is by investing in international index funds.

However, while index funds can be great ways to tap into budding foreign markets, not every index fund is built the same.

Some international funds expose your investments to what many experts would consider special risks.

We’re talking about geopolitical conflicts, civil wars, and similar black swan events that would typically not pose problems within the United States.

In other words, if you’re looking to invest in an international index fund, you must scrutinize your potential investments to optimize your portfolio for the best investment results while avoiding significant losses.

That means only selecting index funds with a solid track record of producing returns for their investor base.

It also means prioritizing index funds with low expense ratios to avoid paying huge sums on the investments you make.

After all, the percentage you pay in expense ratios can add up to a lot, especially if you make a substantial investment into a fund.

And, of course, while the objective of investing in an international mutual fund revolves around exposing your portfolio to a foreign market, you need to pick the foreign markets you dive into wisely to avoid investing in highly unstable locations.