The Most Expensive Stocks On The Market: Should You Buy Them?

Do you ever wonder how much stock you could buy in your favorite companies for $1,000?

When it comes to the most expensive stocks on the market, $1,000 won’t even buy you one share.

Companies have control over their share prices during their IPO, but they’re subject to the market’s movement after that.

Their share prices could increase or decrease depending on factors like the company’s financial performance, current economic conditions, or even the way investors are feeling.

In this article, we’ll talk about the most expensive stocks today and whether they’re worth buying.

Most Expensive Stocks In The U.S.

Thousands of stocks currently trade on the U.S. markets from companies of all different sizes and industries.

Some are worth only pennies, while others cost thousands of dollars for a single share.

The most expensive stocks in the U.S. may surprise you.

This massive international conglomerate is currently trading for over $432,000 per share.

Yes, you read that right – that is the price for one share.

This makes Berkshire Hathaway Inc. by far the most expensive stock on the market today.

What’s more, the stock price has risen 35% in the last year alone.

It also has one of the largest market capitalizations in the world at $653 billion.

Berkshire Hathaway Inc. (BRK-A) is led by Warren Buffett, who has been CEO of the company for over fifty years.

Warren Buffet is considered by many to be the greatest investor alive today.

During his tenure, Buffet transformed Berkshire Hathaway from a textile company into a huge holding company.

They have assets in various industries, including insurance, finance, transportation, utilities, and food.

Some of their holdings include Geico, BNSF, Dairy Queen, and Fruit of the Loom.

The company’s class B-share (BRK-B) is a more reasonable $287 per share.

Class B shares do not carry the same voting rights as Class A shares, but this likely won’t be a problem for most retail investors.

The event has become so popular it has been nicknamed “Woodstock for Capitalists.”

Within the United States, the company with the second-highest stock price is NVR Inc.

In a similar vein to Berkshire Hathaway, NVR is also a holding company.

NVR started as Ryan Homes in the 1940s before rebranding and branching out to NVHomes, NVR Mortgage, Rymarc Homes, and several others.

They operate mainly in the real estate industry, with most of their holdings either home building companies or home loan providers.

While their stock price is high, their market capitalization is just $18.43 billion.

Their CEO, Paul Saville, has been leading the company for sixteen years.

Despite their high stock price, they don’t have the name recognition of tech stocks like Apple or Alphabet.

NVR is still a valuable company, though, as they have built over three hundred thousand homes for customers around the U.S. over the years.

Real estate is an essential part of our community, which has made NVR’s services very valuable.

With a share price of over $4,000, Seaboard Corporation has a very high share price despite not being very well known.

They are based in Kansas and provide services in the transportation and agriculture industries. 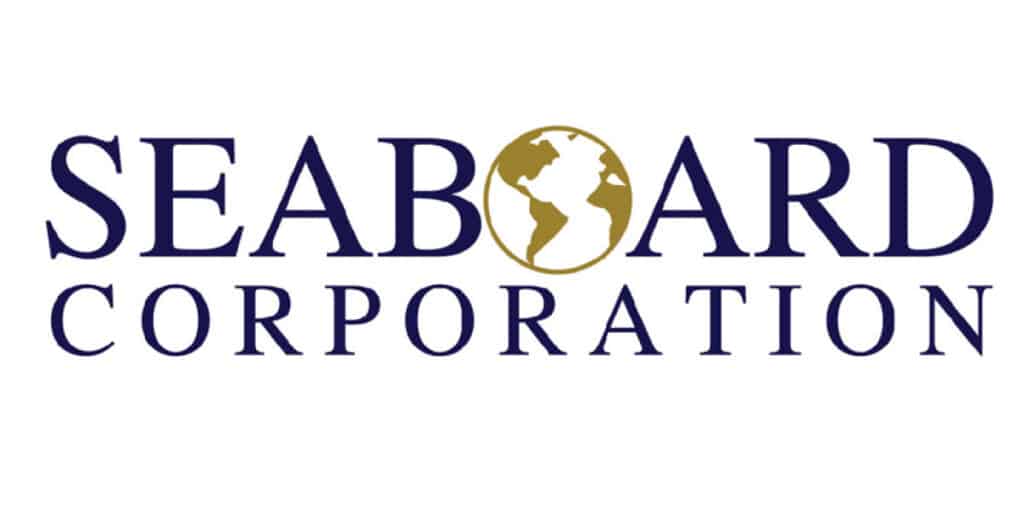 Within the United States, their focus is on both pork production and ocean transportation.

The company is over one hundred years old, but they have a market capitalization of just $4.73 billion.

Seaboard has over 23,000 employees and has a 50% non-controlling interest in Butterball, LLC, a company best known for its turkey products.

They operate in over 40 countries and are a Fortune 500 company.

While the pandemic took a toll on their share prices, the company has rebounded nicely and is very nearly back to its value before the massive drop at the beginning of 2020.

Amazon has been rewarding long-term investors with excellent returns for over two decades now.

While the company is not as old as some of the others on our list, it has the fourth-highest stock price in the U.S.

Their shares are currently trading at just over $3,400, and investors who bought the stock in the late 90s have seen massive returns.

Amazon also has the third-greatest market capitalization in the U.S., behind only Apple and Microsoft.

Jeff Bezos founded Amazon in 1994, and the company’s skyrocketing share prices have made him the wealthiest person in the world.

While the company offers a variety of products and services, they are best known for their e-commerce platform.

They have been very successful as many people now prefer to do their shopping online.

The pandemic has only encouraged this trend of online shopping and made Amazon even more appealing for investors.

With over half a million employees, Amazon is one of the world’s largest employers.

What started out as a way to buy books online has become a place to buy virtually anything.

The company offers popular video and streaming services and sells a number of popular tech products, such as their Kindle brand of tablets.

While they are known for being a large online retailer, their Amazon Web Service (AWS) provides cloud computing services and is very valuable on its own.

If AWS were separated from Amazon, it would still have an impressive market cap.

Most Expensive Stocks In The World

Berkshire Hathaway currently holds the title of most expensive stock in the world, but some international companies also have a very high share price.

The company outside the U.S. with the most expensive shares is Chocoladefabriken Lindt & Spruengli AG.

Known as Lindt for short, the company was founded in Zurich in the mid-1830s.

They are a confectionary company best known for their delicious chocolates. 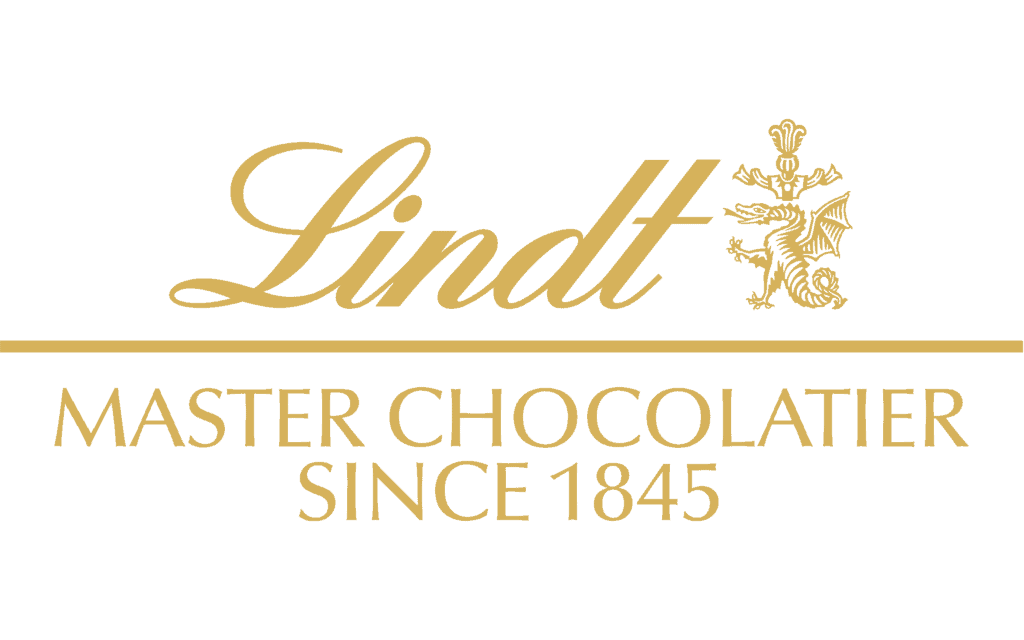 What started as a small candy store has now grown to have the second-highest share price in the world.

Through the years, Lindt has purchased other confectionary companies that have helped it become the giant it is today.

The Swiss-based corporation has a price per share of $11,100 and a market capitalization of over $27 billion.

In addition to chocolate, they produce other sweets, including ice cream and seasonal desserts for Easter, Christmas, and other holidays.

Lindt & Sprungli is a global company with factories in Switzerland, France, Germany, Italy, Austria, and the U.S.

The company has over 14,000 employees with over 400 stores and cafés around the world.

They are perhaps best known for their Lindor chocolate balls, which consist of a hard chocolate shell and a smooth inside filling and are available in a variety of flavors.

Most Expensive Does Not Mean Most Valuable

While Berkshire Hathaway has the highest stock price, they are not the most valuable company in the world.

That honor currently goes to Apple, which has a market cap of $2.4 trillion and an individual price per share of less than $150.

How Is a Company’s Value Measured?

There are three pieces of information that experts use to determine how valuable a company is.

How can Apple be the world’s most valuable company but not have the highest stock price?

The answer revolves around their market capitalization and the number of shares they have.

A company’s market cap is determined by multiplying the price of one share by the number of outstanding shares.

There are two ways to have a high market cap: a high stock price or a large number of outstanding shares.

Market capitalization refers to how much a company is worth, as determined by the stock market.

The higher a company’s market cap, the more valuable investors believe the company to be.

Companies with high stock prices often worry that their shares are not affordable enough for everyday investors, so they may perform a stock split.

A stock split keeps the market cap the same, but it divides the stock price while multiplying the number of shares.

As it turns out, Apple executed a stock split just a year ago, in August of 2020.

Microsoft and Google have the second and third greatest market caps, each with values close to $2 trillion.

Another measure of value for a company is its annual revenue.

Revenue is the total amount of income a company generates over a specific time period and is often referred to as the ‘top line’.

While Apple has the largest market cap and Berkshire has the highest stock price, neither have the highest revenue of any American company.

Apple appears as number six in the current list of companies with the highest revenues globally, where Berkshire Hathaway is listed at number 11.

As it turns out, Walmart currently has the highest revenue of any company in the world.

They reported revenues of $559 billion, resulting in profits of $13.5 billion.

Even so, Walmart’s stock is worth only around $150, and their market capitalization is just under $408 billion.

On the other hand, profit is referred to as the ‘bottom line’ and is a company’s total revenue minus total expenses.

A company needs to be able to maintain favorable revenue and profit numbers to stay in business.

If revenues are great but profits are negative, a company’s expenses are eating away at all the money they’ve earned.

However, it can take several years for startups to become profitable, which many investors do take into account.

If you’re looking to brag to your friends about owning a stock with a high share price, Warren Buffett’s BRK is the stock for you.

Unfortunately, it will cost you hundreds of thousands of dollars to invest in their class A shares.

Even the other stocks on this list will cost you thousands of dollars for a single share.

Just because a stock has a high price does not mean the stock or the company is extremely valuable.

When evaluating a company’s overall value, remember to look at their market capitalization.

This number will give you insight into what investors think the company may be worth as a whole.

It can be easier to assess market cap than individual share price, since all companies have a different amount of outstanding shares available.

Furthermore, companies can perform a stock split at any time to lower their share price so more investors will be able to afford it.