Can You Buy Popeyes Stock? Here’s Everything You Need To Know! 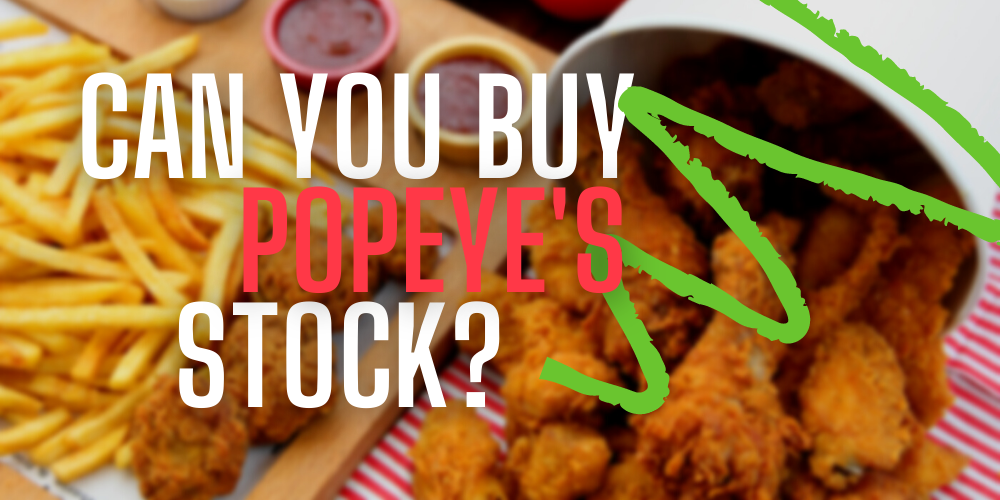 Fast-food chains have battled to become the top poultry provider in a conflict known as the “Chicken Sandwich War.”

Most people would say Popeye’s fired the first shot, but it’s anyone’s guess who started it.

Regardless, investors want to capitalize on the exposure and buy Popeyes stock.

Okay, the Chicken War isn’t all that serious, but it’s certainly entertaining.

This publicity may have struck a chord with you as it did with many traders.

After all, who wouldn’t want to buy stock in the winner of the Chicken Sandwich War?

If you are considering adding Popeyes stock to your portfolio, keep reading!

We have all the information you need about Popeyes Louisiana Kitchen and other fast-food chains. 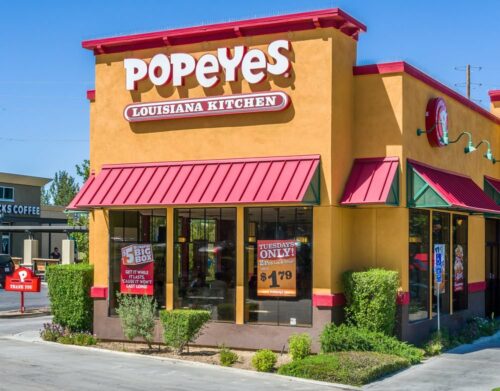 What Is Popeyes Louisiana Kitchen, Inc?

Some call it Popeyes, while others know it by its older name, Popeyes Chicken & Biscuits.

Regardless of its name, it’s a successful fast-food chain.

Popeyes started in New Orleans in 1972 and was initially named Chicken on the Run.

After a short stint in the poultry market, the company closed, as it was unable to stand up to franchises, quick service restaurants, and most other competitors in its way.

While the company started on rocky footing, four days after closing, it reopened as Popeyes Mighty Good Chicken.

After reorganizing, the company began to gain awareness and became successful quickly.

In 1975 it was renamed Popeyes Famous Fried Chicken.

By 1985, there were 500 Popeyes restaurants in operation.

The company started expanding through the states surrounding Louisiana, initially in Texas.

Expansion happened quickly, and the fast-food restaurants were doing well.

Popeyes is currently the second-largest fried chicken chain after KFC.

In the early 1990s, Popeyes went on to purchase Church’s Chicken.

Church’s Chicken was another major player in the fast-food restaurant industry.

The result was the formation of its parent company, America’s Favorite Chicken Company, Inc. (AFC).

In 2001, AFC became a publicly-traded company.

At this time, Popeyes Stock was delisted.

This means that while it was once available on the stock market, it was pulled down.

This is because the new parent company, Restaurant Brands International, is a publicly-traded company.

What Is Popeyes Worth?

Popeyes is a large brand that holds value in locations, brand recognition, customer loyalty, and more.

It currently has over 2700 locations across the United States, with Texas having the most.

What Is Popeyes Revenue?

Though sources vary, most agree the restaurant chain earns over $20 million from its chicken sandwich alone.

Why Is Popeyes Successful?

Popeyes has seen such massive success for many reasons.

The first reason relates to what it offers the public.

Rather than being a standard fried chicken restaurant, Popeyes offers a variety of dishes.

It specializes in Louisiana cooking — this means chicken tenders with a specific blend of spices.

But it also means Cajun cooking with fried shrimp and other exclusive dishes.

Popular items include spicy chicken, red beans and rice, other seafood, and other regional items.

The next contributor to Popeyes’ success was its brilliant marketing in recent years.

Such as the ‘Infamous Chicken Sandwich Wars.’

If Popeyes is on your radar, it’s probably because of the Chicken Sandwich Wars.

This event was so large that it has its own Wikipedia entry.

The company simply released a chicken sandwich, and this would have flown under the radar had it not been for rival releases from its competitors.

Thanks to social media, the Popeyes chicken sandwich release was a hot topic.

How did Popeyes respond?

The company kept it going, of course.

Popeyes had over 3,000 locations before the Chicken Sandwich Wars started.

Every single location saw an increase in business thanks to how marketing and content were handled.

It was a brilliant tactic and jettisoned the company into the spotlight for months on end.

Can I Buy Popeyes Stock?

At one point in time, you could purchase Popeyes stock on its own.

Though Popeyes continues to operate, it is no longer actively trading on any public market.

You can, however, purchase Popeyes stock indirectly by purchasing RBI’s stock.

Keep reading if you want to know more about purchasing Popeyes stock!

What Is Popeyes Stock Symbol?

The parent company is publicly traded on the New York Stock Exchange.

If you’re looking to purchase RBI stock, the stock symbol is NYSE: QSR.

What Is Popeyes Stock Price?

As with most stock tickers, the price of Popeye’s parent company stock varies from one day to the next.

Popeyes Competitors to Invest In

If you want to invest in Popeyes but also want to weigh your options, check out some of their competitors.

When it comes to competition, Yum! Brands is the highest on the list.

The company has many highly popular fast-food restaurants under its belt in addition to KFC.

This includes the following subsidiaries:

The company sprang from PepsiCo and was started to manage Pepsi’s fast-food brands in 1997.

The company has an international focus, making it larger in scope than Restaurant Brands International.

This makes it about twice the price of the RBI stock, making it an investment opportunity for a trader with a bit more cash flow. 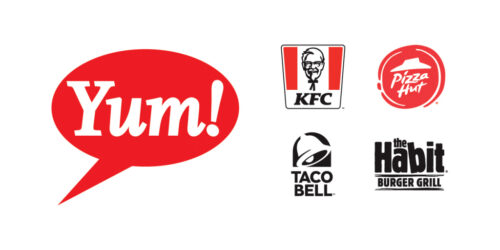 Another fast-food giant, Wendy’s is an excellent investment option for those who aren’t looking to purchase RBI stock.

Wendy’s has a way of setting itself apart from its competitors via social media.

So if you want to invest in a fast-food company that’s current with social media trends, Wendy’s is a perfect pick.

Some people only associate Wendy’s with its Twitter banter.

Many others have tried to master this form of marketing, but none have done so as well as Wendy’s has.

Overall, looking at the history of Wendy’s stock will show you that it is a conservative investment.

The stock has remained stable and has risen a small amount from this time last year.

So Wendy’s could be an excellent option for a trader that wants something stable with some small growth.

When you think about fast-food chains, you probably think of McDonald’s first.

It’s the company that most people associate with fast food — and the US for that matter.

McDonald’s is the most successful fast-food chain to have existed, and this isn’t likely to change.

The company has the biggest claim to being the number one fast-food chain in the world because it was founded in 1940.

The company currently has over 39,000 locations worldwide.

This success contributes to its impressive performance on the stock market.

While Darden Restaurants, Inc. isn’t based around fast food, the company is still considered to be a worthy Popeyes competitor.

Darden is a restaurant brand that operates and manages a handful of sit-down brands that you may know.

The companies it operates are listed below:

This allows all of the public to visit and attend them.

The company’s approach to getting rid of exclusivity makes it very family-friendly, and Darden is popular because of it.

In today’s economy, Darden’s pricing on meals is considered to be fair, and it attracts a range of different guests.

This means that the restaurants are competitively priced with fast food establishments.

In 2020, Darden’s revenue was nearly $8 billion, and its shares have increased by over 60% over the last year.

Should I Buy Popeyes Stock if It Goes Public?

Thankfully, you don’t have to wonder if Popeyes stock will be publicly traded: it already is.

The real question is, “Should I buy into the poultry powerhouse?”

Well, if you look at Restaurant Brands International’s stock price over the last year, you’ll see some massive growth.

So if you’re set on investing in a fast-food company, this is an appetizing option.

One of the main reasons that a trader may want to consider parent company Restaurant Brands International is its other subsidiaries.

RBI is also responsible for Burger King and Tim Horton’s.

Both brands are very popular options in their markets.

Popeyes is one of the most notable fried chicken chains around today.

It has always been successful, but by harnessing social media marketing, the company became a hit in the 2019 Chicken Sandwich Wars.

Most people think that Popeyes won the war, by the way.

If you want to invest in Popeyes stock, you can by purchasing shares of Restaurant Brands International, its parent company.

Do you need a quick rundown of frequent questions about Popeyes Stock?

Read below for our answers.

Does Popeyes Have a Stock?

That means it does not have a stock symbol of its own.

How Do I Invest in Popeyes?

Popeyes is owned by another company, Restaurant Brands International Inc.

You can invest in Popeyes indirectly by investing in the company that owns it.