Across party lines in the United States and especially in the international sector, the move toward renewable energy is becoming more mainstream. The best solar stocks could be set to benefit from this push.

According to the International Energy Agency, global renewable energy has grown by 1,200 gigawatts over the last five years.

https://www.thestockdork.com/solar-penny-stocks/60% of that energy growth is attributed to solar energy (1,200 gigawatts more than exceeds the average peak grid demand for the entire U.S.).

Here are some other facts you should know about the industry.

For a 50-foot view of the industry, solar energy has witnessed an average annual growth rate of 49% over the last decade alone.

This growth is directly linked to strong federal policies like the Solar Investment Tax Credit.

In addition, there are rapidly declining installation costs and an increase in demand across private and public sectors for clean electricity. 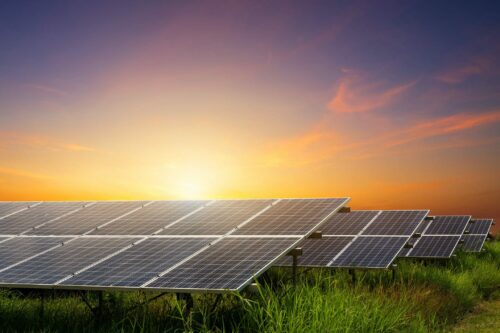 Before we talk about stocks, let’s go over a few of our ground rules about the industry.

First, not every solar company is built to make money for shareholders.

Some of these companies are staying afloat on subsidies or money from venture capitalist dollars, which is why it’s so important to do a thorough analysis before jumping in.

While some companies dabble in solar energy or own subsidiaries in the solar power industry, we primarily focus on pure solar stock plays.

Without further ado, let’s take a look at some of the best solar stocks out there right now.

SunPower Corporation is all about providing complete solar solutions to both residential and commercial buildings.

The company’s base of operations is in California, but its business spreads across the globe.

As an industry leader, SunPower has over 1,000 patents in the realm of solar innovation.

With concerns over electricity bills continuing to increase, more and more families are looking to solar energy for the future.

SunPower is also adjusting its service to include financing options, making it easier for more households to make the switch.

It also has a partnership with Wallbox, a company that installs solar products into homes.

With the residential solar sector booming, SunPower is looking to focus solely on this market and sell its commercial ventures.

SunPower’s stocks have been up and down of late as the market fluctuates.

With favorable expectations for the next few years, this may be a great time to jump on board.

First Solar is one of the most prominent solar companies on the market right now.

It manufactures solar panels and offers support and maintenance for solar power operations.

The company was founded in 1990 and has built a very stable client base during its 30+ years in the business.

Its business spans the globe, providing solutions on every continent except Antarctica.

During the 2020 pandemic, First Solar took steps to streamline its operations, resulting in a huge cash balance and the potential for expansion.

While it does not currently pay a dividend, its excess cash reserves mean that First Solar could easily offer one in the future.

A downturn in November affecting much of the solar industry brought share prices down, and First Solar is working hard to recover.

With new business on the horizon and financial stability, First Solar is a very attractive pick.

The company provides solar panels and battery storage to homes so energy can be used as needed.

Its products are already being used in 37 states from coast to coast.

Setting the standard in customer service, Sunnova doesn’t shy away from repairs or replacements to keep its customer base happy.

Like most solar stocks, share prices have been trending downward of late, even though shares are 50% higher than last year.

New incentives and increased electricity prices may be the catalysts to push an abundance of customers to solar in the future.

Brookfield Renewable is another significant player in the renewable energy space.

The company is a global leader in hydroelectric plants while also working with solar, wind, and energy storage platforms.

As it looks to the future, Brookfield recognizes the potential for solar power and expects this form of energy to soon make up the majority of its production.

Decreasing solar costs are helping to play heavily into this expectation.

Either way, Brookfield has some diversity by being involved with water and wind power generation as well.

A new partnership with SSE Renewables allows Brookfield to expand further into wind with tenders off the Dutch coast.

The venture is seeing growth across the board but fell short of its financial goals for the third quarter.

Share prices join the dip that’s affecting all of the solar space of late.

Brookfield hopes to regain momentum as it embraces more solar technology and continues to grow.

JinkoSolar is one of the world’s largest solar panel manufacturers.

The company is based in Shanghai, China, but has six production facilities all over the world.

Its global presence and diversified client base already makes it a strong stock pick in the solar industry.

On top of manufacturing operations, JinkoSolar also has one of the largest solar research and development facilities in the world.

This top research allows JinkoSolar to develop a line of unique solar panels to meet the needs of individuals across the world.

One of JinkoSolar’s solar panels recently set a record for solar conversion efficiency, showing that they are truly an industry leader.

In January, a JinkoSolar subsidiary Jinko Solar Co. completed IPO and is now trading on the Shanghai Stock Exchange.

With the money from the IPO, JinkoSolar can expand its production capability and in turn increase revenue.

JinkoSolar is one of the few solar developers seeing an uptick in share prices at present and sits 40% higher than last year.

This fits perfectly with JinkoSolar’s impressive financials from the first quarter of 2022.

The company plays an integral part in the global solar market, making it a promising option for any investment portfolio.

Maxeon Solar Technologies manufactures solar products, distributing them to all corners of the globe.

The company is a newly established spinoff off U.S.-based Sunrun Inc. that took place in 2020.

It still carries the name Sunrun in its dealings in every country except the United States and Canada.

Maxeon has its main focus on solar panels and cells, with several innovative products available.

With over 1,000 solar patents, Maxeon continues to push its products to new heights.

The solar panel provider continues to make a name for itself, landing big agreements with Indian and American energy companies.

Still finding itself on the stock market, Maxeon hopes to see these agreements boost revenue and stock prices.

Share prices are still on the low side, making Maxeon an enticing way to invest in solar energy.

These microinverters convert solar power from direct current to alternating current to power a wide range of devices.

Since homes use alternating current, this step is crucial before solar power can be used.

Products have already sold very well in North America, and now the company is expanding into Europe and Australia.

The company revealed a 55% increase in revenue in its Q4 earnings report and beat estimates for earnings per share as well.

As a result of this forward momentum, its share price reached an all-time high in November.

Prices have dropped off since, but shares appear to be starting to rise once again.

Equipment can be leased on a monthly basis or can be purchased outright.

In the summer of 2020, Sunrun purchased Vivint Solar with an all-stock transaction, creating the largest consumer-facing solar company in the U.S.

The company currently focuses all its attention on the U.S. market but hopes to expand outward in the future.

Sunrun added 30,700 customers this quarter alone, increasing its total number to over 600,000 users.

The latest financial report shows that Sunrun exceeded its goals for revenue and earnings per share as well.

Despite customer and revenue growth, shares have been trading in a downward direction so far this year, along with many other solar stocks.

This drop could be a chance for investors to buy the dip, making Sunrun a stock to keep your eye on if you’re interested in consumer solar.

Should I Buy Solar Stocks?

Solar represents a small portion of the energy consumed in the United States each year, but that number is rapidly growing.

A few years ago, solar power was only really available in sunny states like California and Florida.

Today, solar power is available in most U.S. cities and states.

While solar energy is starting to significantly impact residential growth, it has also helped Fortune 500 companies save money.

Apple, Amazon, Target, and Walmart have all invested heavily in solar facilities at various locations across the country.

In recent years, the public has grown to realize the importance of investing in clean energy sources and protecting our planet.

This market is just now being primed for explosive growth, and you’re not going to want to miss it.

Where to Buy Solar Stocks

Now that you’ve decided to go solar, you’ll need to invest in a few stocks.

Solar companies are well-grounded and spend their time on major exchanges like NASDAQ and NYSE.

Your best bet for perusing these markets is through Robinhood or Webull.

Webull offers a plethora of complex tools that experienced investors can sink their teeth into.

These tools are perfect for deep dives to locate those hard-to-find tickers.

Robinhood is a breath of fresh air for traders drowning in difficult-to-use platforms.

Its simple user interface will have even beginner investors trading in no time.

These are some of the best solar stocks on Wall Street right now.

There is plenty of upside in the sector and plenty of room for growth.

Overall, solar energy only accounts for around 2% of the total grid usage right now.

That number is primed to go up in the near future.

The current political climate in the U.S. also bodes very well for solar companies, as democrats desire to position the U.S. as a leader in green energy solutions.

We can expect to see solar stocks go up in price even more over the next few years as more residential and commercial properties switch to solar power.

Look no further for answers to some of the top questions on solar stocks.

What Is the Top Solar Company?

This article has touched on the solar companies with some of the best business models, customer bases, and output.

Stocks like JinkoSolar and First Solar are often highlighted for their successes in the field.

Is There A Solar ETF?

As soon as one of these appears to be a viable stock pick for gains, you’ll see it on this list.

What Solar Company Does Tesla Own?

Since SolarCity is a full-fledged subsidiary of Tesla, it does not have a stock ticker of its own.

What is the Best Energy Stock to Buy?

In our 6 Best Clean Energy Stocks Under 10 Dollars article, we outline some of our favorite picks.

VivoPower International and Energy Fuels Inc. both look to be strong picks at present.

What is the Biggest Solar Company in the U.S.?

First Solar sits at the top of this list with the largest annual sales and number of employees.

They have some competition at the top but look to be strong contenders to hold the position for the foreseeable future.