To date, over one million companies in the U.S engage in some form of e-commerce — with payment processors such as Stripe leading the way.

Investors following this seismic shift toward online payment processing are looking to buy shares (like Stripe stock) to bolster their portfolios.

Today, we’ll go over everything you need to know about Stripe stock, if you can buy it as well as Stripe’s top competitor stocks! 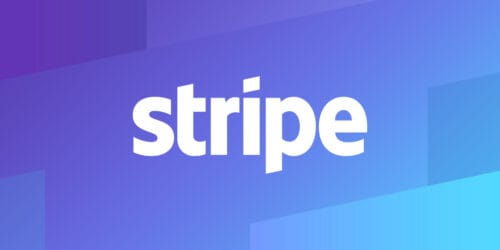 Can You Buy Stripe Stock?

At this time, investors cannot buy or sell Stripe stock.

Also, Stripe does not have a planned IPO set to release any time soon.

Without a planned Stripe IPO, there is no way of knowing when Stripe stock will be available for purchase.

Stripes’s success and expected growth could lead to the biggest IPO in recent history for a financial technology company — if their stocks became publicly traded.

Many investors have made Stripe stock a hot topic, and the company’s IPO may be on the horizon.

Stripe is a private company that is currently owned by its founder/brothers John and Patrick Collison. 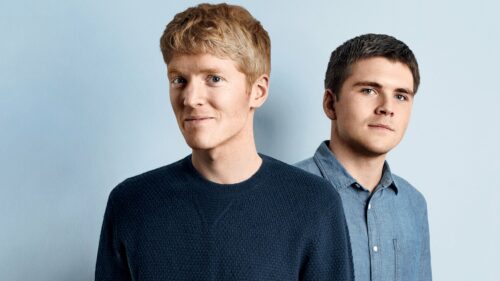 While privately owned by the brothers, the company has undergone ten equity funding rounds, with investments coming from companies like Sequia Capital, General Catalyst, and Founders Fund.

In addition to these venture capitalists, Stripe has received funds from angel investors like Elon Musk, Peter Thiel, and Elad Gil.

Can You Buy Stripe Stock? Stripe Background: What Is It?

Stripe is a financial services company specializing in finance technology and cloud-computing.

The company is widely known for its payment processing services, but there’s much more to Stripe than just that.

Stripe built its platform to provide economic infrastructure for businesses of any size.

For the most part, Stripe offers their software as a service to other businesses, but they’ve been looking to expand into other areas in the financial industry as well.

Stripe was founded in 2009 by brothers Patrick and John Collison in Palo Alto, California.

Originally, the company was part of the Y Combinator program under the name /dev/payments.

Many successful companies have been initially funded by Y Combinator,  including DoorDash, Airbnb, and Instacart.

The investment totaled $2 million, far more than what the initial investment from Y Combinator had been. In 2012, the company moved its headquarters from Palo Alto to San Francisco, California.

In the following year, Stripe made its first of many acquisitions, purchasing Kickoff, a chat and a task-management application.

While the company’s initial service related to payment processing, Stripe wanted to provide tools that allow a business to do more.

Stripe’s service is geared toward building economic infrastructure. And to make their infrastructure more complete, they began developing new software for their clients.

Among these new offerings was Radar, a fraud prevention program that intuitively blocks fraudulent transactions as well as Atlas, a startup toolkit that covers incorporating a business’s banking, payment processing, and more.

For the most part, Stripe’s focus has been on creating applications and tools centered on businesses online.

However, recently Stripe released a product in their lineup called Terminal. 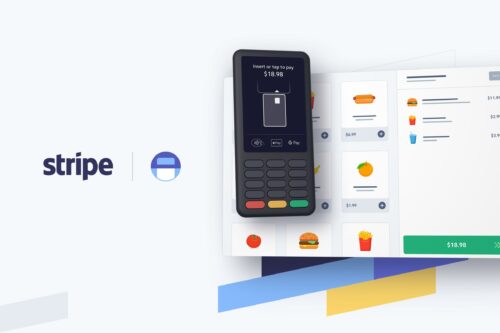 Terminal is aimed at small businesses that need an option for in-person payments rather than solely payments secured over the internet.

Originally, the program was invite-only, but became public in 2019.

Simply put, Stripe makes money by charging a fee for every successful transaction that the app generates.

When a purchase is made using Stripe’s platform, vendors are charged 2.9% of the transaction as well as a $0.30 fixed fee.

Through the percentage-based fee alone, Stripe is making $2.9 million for every $100 million that is processed using the software.

This is fairly impressive, as Stripe has to do next to nothing to make the money — they just need to provide the working software.

Stripe Stock: Investing in Other Businesses

As of late, Stripe has participated in funding for other businesses. In 2017, it invested in U.K. challenger bank Monzo and invested again in late 2018, which helped the bank’s value nearly quadruple.

Stripe invested in Monzo again in 2019 in a round of funding that nearly doubled the value of the bank.

Furthermore, Stripe has led fundraising rounds for other finance-based businesses like Paystack (which they would go on to acquire) and PayMongo.

They have also invested in Step, a bank offering fee-free banking for teens, and Fast, a company creating a universal one-click checkout service.

While Stripe may be a giant in the fintech world, they’re also keen on investing in companies that they may eventually partner with or acquire, depending on the circumstances.

These partners will help Stripe grow in the future by offering unique opportunities to further expand its services.

Stripe Stock: Why Is Stripe Valuable?

Stripe has been called the most valuable startup in America due to its success as one of the world’s most efficient payment platforms.

The company has earned a great reputation for the services it provides and its easy-to-use features and interface.

Before Stripe, accepting payments on websites was costly, and more importantly, it was complicated.

The company also found a way to integrate with a range of online hosting websites, providing customers with pre-built code depending on the platform they use.

Friendly For Customers and Their Users

The company provides more than a high-quality product to its customers; they also offer high-quality customer service.

Stripe has one of the best reputations in their niche for the way they treat their customers and serve them.

One of the main reasons that small businesses prefer Stripe’s platform is because it operates out-of-site, unlike other competitors.

As such, Stripe has become the default option for most small businesses that want to process payments over the internet with an effortlessly integrated solution.

With its entry into the brick-and-mortar market, Stripe is sure to continue to grow and increase its value in the fintech industry.

If you’re looking to invest in Stripe stock, you may be waiting quite some time for a Stripe IPO to be announced.

In the meantime, there are publicly traded competitors of Stripe that can be invested in!

Take a look at our list of companies similar to Stripe that are available today on the stock market.

Arguably Stripe’s largest competitor, PayPal is another fintech company that is a suitable replacement for Stripe in your investment portfolio. 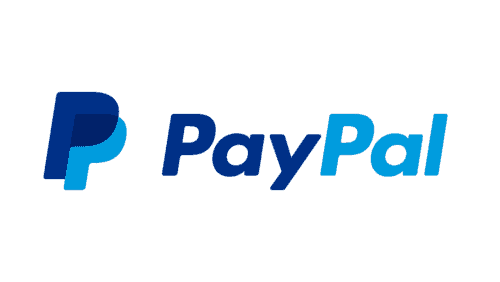 Paypal was founded in 1998 in the United States, originally as Confinity.

The company’s initial goal was to create security software for handheld devices, but that swiftly changed when it saw no success in the endeavor.

In 1999, their first electronic payment system was established, and the company began to see notoriety.

In 2000, the company was acquired by X.com, which was owned by Elon Musk.

Musk focused his attention on the company’s electronic payment system.

In 2001, the company was formally renamed Paypal, and in 2002 had their initial public offering.

At the time of its IPO, PayPal’s stocks were an inexpensive $13 per share.

Despite the low cost, the company generated $61 million from the IPO.

At the time of writing this article, PayPal shares are hovering at just under $290 a share, a significant increase in the stock price over the last 19 years.

A contemporary to Stripe, Square is another publicly traded company that presents an excellent alternative to Stripe stock. 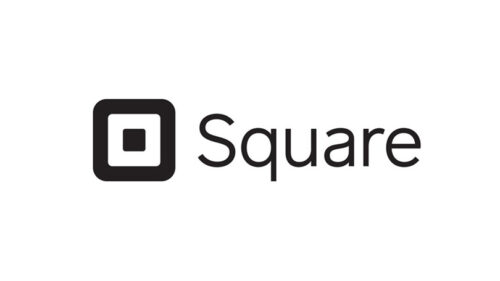 Square was founded by Jack Dorsey and Jim McKelvey in 2009 in St. Louis, Missouri.

The idea occurred to Dorsey, who also founded Twitter, when McKelvey couldn’t complete a sale because they couldn’t accept credit cards.

Dorsey and McKelvey got to work, quickly developing the company and product in less than a year’s time, launching in 2010.

Square is a digital payments company, like Stripe. But rather than being focused on online businesses, the company created mobile credit card readers.

Its platform allows small businesses to accept card payments without the need to contract through larger payment processing companies.

In addition to their credit card processing services, Square launched several other products under the Square name.

Square Capital was created as a way to offer business financing to merchants using the company.

Their app Square Cash allows users to send each other payments directly.

Square Cash would later be renamed Cash App, and is used by millions of people a year.

Square’s business model is similar to that of Stripe, charging a base percentage and transaction fee for every transaction made using the software

Stripe Stock: What Is Stripe Worth?

Stripe has come a long way since its founding in 2009.

In twelve short years, the company has grown from a small, ambitious startup to the most highly valued startup in the country, being worth more than SpaceX.

With another round of $600 million in funding raised in March 2021, Stripe’s value skyrocketed.

The company has a private valuation of $95 billion at this point in time, nearly $60 billion more than it was valued at during the same time period last year.

If Stripe’s shares are ever traded on the stock market, the starting price will be exceptionally high.

Stripe has proven itself to be quite the unicorn in the financial technology market, growing from a small startup in 2009 to the most valuable startup ever conceived as of this year.

Stripe offers a variety of high-quality services and software to their customers and client base and has an incredible reputation for going above and beyond for the people using their services.

They changed the way online payments can be taken, drawing inspiration from competitors like PayPal, but streamlining the process into a more user-friendly experience.

Because of their $95 billion valuation, you can be sure that, should there be a Stripe IPO, the Stripe stock price will be high.

Unfortunately, at this time, a Stripe IPO has not been announced. And according to investor Sequoia, planning for an initial public offering would take place over at least a year.

For investors who want to buy Stripe stock but can’t wait for an IPO, looking at their competitors that are publicly traded on the stock market could be worth your while.

Two competitors on the stock market right now are PayPal and Square, both of which are excellent alternatives to Stripe.

If you’re patient though, holding out to buy Stripe stock isn’t a bad idea, considering just how much they’re worth, and the waves they’ve made in the last few years alone.