Can You Buy Subway Stock? Here’s What You Need To Know 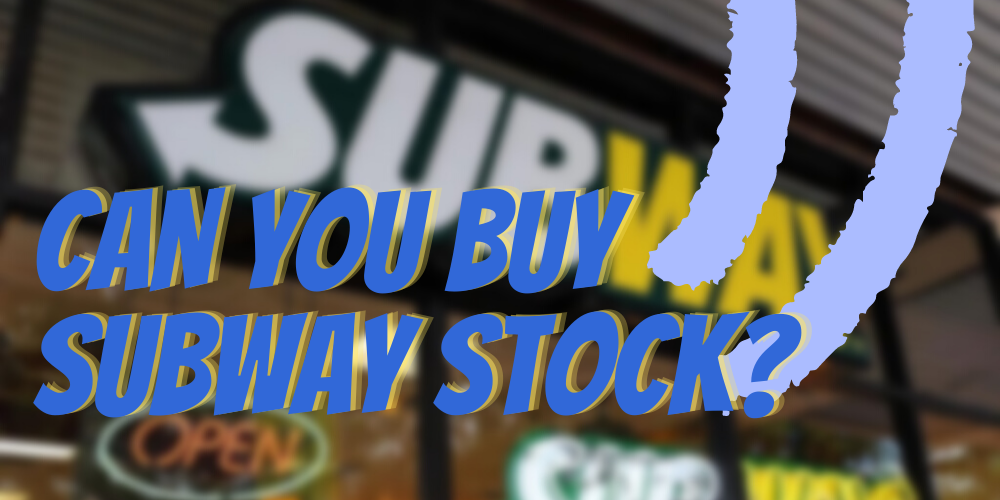 When anyone in the country hears the phrase, “Eat fresh,” they know exactly what restaurant is referred to.

Subway is one of America’s iconic fast-food restaurant brands and prides itself on using fresh ingredients in its food.

As the world’s fastest-growing franchise with representation in over 100 countries, investors want to buy shares.

So can you buy Subway stock?

Read on for everything you need to know!

Subway is one of the biggest names in the fast-food industry.

It was started in 1965 in Bridgeport, Connecticut by Fred DeLuca, who began the chain by borrowing $1,000 from his friend Peter Buck.

The chain started as a single Subway restaurant and didn’t adopt the actual name Subway until a few years into its life. 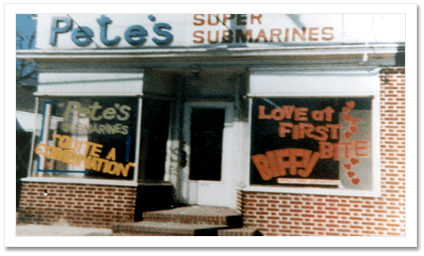 Within the first year of its existence, the restaurant saw such success that DeLuca and Buck formed Doctor’s Associates Inc. for the management of the chain and franchises moving forward.

Though the name may imply it, the company has no relation to medical organizations.

It is derived from DeLuca’s ambitions to pay tuition for medical school and Buck’s doctorate in physics.

In 1968, the company formally changed its name to Subway, and the business continued to grow and expand.

The name started to become a household term, and in 1974, it had grown to such an extent that the company began a franchise operation in Wallingford, Connecticut.

By 1978, the first Subway on the West Coast of the United States opened in Fresno, California.

The fast-food chain drew people in with its healthy choices and custom sandwich options.

In 1984, restaurant locations were all over the country, and in December of that year, the first international location opened in Bahrain.

In 2004, Subway partnered with Walmart and began opening locations inside of the chain’s supercenters.

In just three years’ time, the number of Subways in Walmarts outnumbered that of other restaurants partnered with the stores, like McDonald’s and Burger King.

Not only did it accomplish this by 2007, but the company started ranking in the Entrepreneur Franchise 500.

At the end of 2010, the company had become the largest fast-food company worldwide, outnumbering McDonald’s by over 1,000 restaurants.

Subway had over 33,000 locations worldwide and showed no indications of slowing down.

In 2015, Subway ranked third on the Top Global Franchises list and ranked first on the Fastest Growing Franchise list.

This was also the year that the founder, Frank DeLuca, passed away and was replaced with Suzanne Greco, his sister, as the new CEO.

The following year, in 2016, Subway closed hundreds of restaurants nationwide, experiencing a net loss in locations for the first time in its existence.

Despite the closing of hundreds of locations, it remained the chain with the most restaurants in the country, followed by McDonald’s.

In 2017, Subway closed more locations and announced that it would be closing more in the year to come.

These closures came about due to three consecutive years of falling profits and a customer base that had been reducing since 2012.

In 2018, the company invested in a new advertising campaign to increase sales, and in 2020, it partnered with ezCater to offer new online options for catering and delivery.

In 2000, Subway began to brand itself as the healthy fast food option and an alternative to its competitors that were shown to be unhealthy.

The campaign centered around Subway’s iconic spokesman, Jared Fogle, who claimed to have lost 200 pounds thanks to eating Subway on a regular basis. 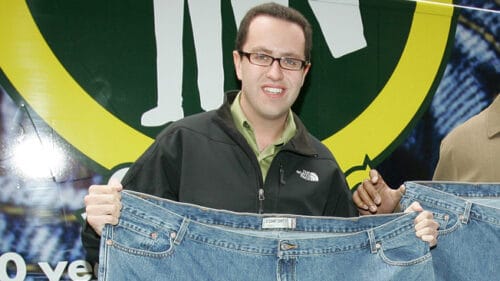 This campaign worked for nearly eight years until the marketing changed.

Affordability then took center stage with the “5 Dollar Footlong” campaign.

Fogle was credited with improving growth substantially, but the company severed ties in 2015 due to a personal scandal with the spokesperson.

Subway is currently owned by the DeLuca family, the family of Fred DeLuca, the founder of the fast-food giant. 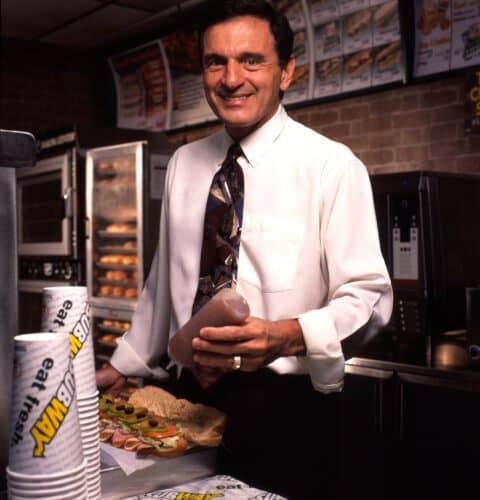 Though it is a privately owned company, The Subway Group’s corporate structure is somewhat complex.

Subway IP Inc. is the company responsible for all the intellectual property related to the restaurant system.

Franchise World Headquarters, LLC is responsible for the franchising operations related to all of the restaurants.

Under the Subway umbrella are several different franchisors, including Doctor’s Associates Inc.

What Is Subway Worth?

Estimating the worth of Subway as a company is a difficult task, as not a single Subway franchise is company-owned.

That being said, the company reported over $1 billion in revenue for last year.

Additionally, when calculating the worth of The Subway Group, it’s important to take into consideration the requirements to opening a Subway franchise.

Considering these financial requirements and factoring in the number of Subway locations today, you can see that the company is incredibly valuable.

What Is Subway’s Revenue?

Subway’s net revenue is was recently revealed at $689 million.

This is almost 30% less than the previous year but is likely due to a reduction of store locations.

Subway currently has a little over 22,000 retail locations in the US.

Why Is Subway Valuable?

Subway is valuable due to its cost-effective ingredients and business model, allowing for individuals to open franchises, even if the restaurant owners only own individual Subway restaurants.

The business model allows for the Subway Group to own all of the intellectual property and information while allowing for growth at the cost of others buying in.

Additionally, the typical Subway is a small restaurant and can fit nearly anywhere, making it ideal for shopping plazas, malls, and even Walmart supercenters, as has been done in the past.

Can You Buy Subway Stock?

If you’ve ever looked at the stock market and attempted to find Subway, you’ll know that Subway stock isn’t available.

Currently, Subway is a private company and is not traded on any stock exchange.

Buying Subway stock is not something that’s going to be possible in the near future, from what we can tell, as it has no plans of becoming a publicly traded company.

What Is Subway’s IPO Date?

Subway has not yet announced a date for its Initial Public Offering (IPO).

Despite its healthy offering and successful track record, investors do not expect an IPO announcement anytime soon.

What is Subway’s Stock Symbol?

Since Subway remains a privately owned restaurant chain, it does not have a stock symbol.

Stock ticker symbols are reserved for publicly traded companies only.

Each stock symbol is unique to the specific company it’s assigned to, and maybe Subway would be assigned something like SUB or SUBW.

What is Subway’s Stock Price?

Until the company schedules an IPO and the public is able to buy Subway stock, a stock price will be unavailable.

For the foreseeable future, Subway will most likely remain a privately held company.

Because of this, there will be no Subway stock price available.

Subway Competitors You Can Buy

Subway is one of many privately held companies that you may be interested in purchasing stock for.

Until Subway becomes an option, consider investing in other large restaurant companies like these Subway competitors.

Restaurant Brands International Inc may be one of the largest competitors to Subway, and one of the best to invest in.

Restaurant Brands International is a Canadian-based multinational fast-food company that rivals Subway in size due to the many brands under its umbrella.

The company owns a whole host of fast-food restaurants, including Burger King, Tim Horton’s, and Popeye’s.

The fast-food company that people know and love the most throughout the country has to be McDonald’s.

Like Subway, McDonald’s started small and grew into a massive company in just a few years.

When looking at the stock exchange, it’s easy to see what a Subway stock price could be expected to be worth, as the company is larger than McDonald’s.

If you want to invest in Subway stock due to their massive company size and international reach, then purchasing McDonald’s stock is a good alternative.

McDonald’s is the largest publicly-traded company in terms of fast-food restaurants and will only continue to grow.

If investing in the food industry seems appealing, but you want to invest in a restaurant chain that doesn’t solely serve fast food, Darden is the alternative you’re looking for.

In addition to these two restaurants, the company also own six casual dining restaurants.

These casual restaurants are some of the larger chains in the country, including Olive Garden, Bahama Breeze, Longhorn Steakhouse, Seasons 52, Cheddar’s Scratch Kitchen, and Yard House.

With an expected dip in stock price during 2020 due to the pandemic lockdown, Darden Restaurants’ stock price has remained at an upward trend since 2018 and would be an excellent alternative to investing in Subway.

While Starbucks may not be an obvious competitor of Subway, it’s still a competitor and a successful one at that.

Starbucks is another household name in terms of the food industry and competes with Subway by offering healthy dining options for patrons that are there to drink coffee.

Starbucks cafes are plentiful, and the company has grown massively since its founding in 1971 as just a single coffee shop.

When you look at the stock market trends for Starbucks since 2018, you’ll see that its stock price has nearly doubled as it has grown as a company.

Starbucks’ massive popularity is derived from the way it treats its employees, and in more recent years has gained traction due to a willingness to speak out on social issues before other companies. 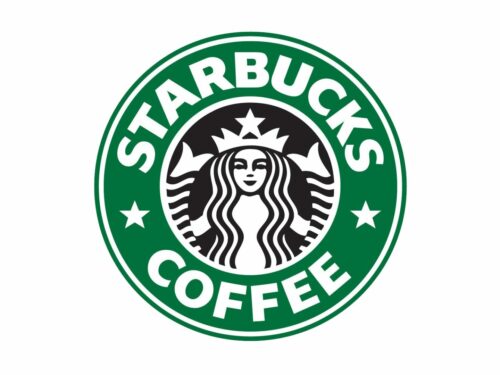 Subway is one of few privately-owned companies in the fast-food business.

It has a long-running history of success, continuing to grow from its inception in 1965 until recently in the late 2010s.

Despite this slump, the company still continues to do well and remains privately owned, so it’s obvious it’s not looking to take the company public for funding.

Because the company is privately held, there is currently not a Subway stock price available.

With the knowledge that is available regarding competitors like Restaurant Brands International and McDonald’s, it can be assumed that the Subway stock price would be fairly high, should an initial public offering be announced.

Unfortunately, being able to predict the Subway stock price does us no good, as the DeLuca family does not seem ready or willing to take the company public.

If you’re interested in buying Subway stock as an investment for your portfolio, you’ve come to the right place.

Here are the most common questions we see about investing in Subway stock.

Subway has not gone public as of February‌ 2023.

There has also not been any specific date announced for an IPO.

Subway is not a public company.

While it is the largest fast-food chain in the US, it remains privately held.

Why is Subway Not Publicly Traded?

The company’s success is firmly established without the help of outside funding.

By remaining privately owned, Subway retains complete control over the direction and decisions it makes.

Is Subway an American Company?

Yes, it was first launched in Bridgeport, Connecticut.

One interesting point is that Fred Deluca borrowed just $1000 to get it started.