Are you wondering, “what is a stock market bubble?” We got you! Read on to find out all you need to know!

What is a Stock Market Bubble?

A stock market bubble is a type of economic bubble that occurs when the price of a stock market exceeds its value. The term “bubble” is used to describe a speculative investment that increases dramatically in price without any corresponding fundamentals to justify its increase. Bubbles can occur in any asset class, but stocks are the most common.

In a bubble, speculators bid up prices far above the intrinsic value of an asset. The stock market is often described as a “market of stocks,” but that’s not quite right. It’s better to think of it as a market of investors. When you buy a stock, you’re making a bet on other people’s willingness to pay more for the investment. 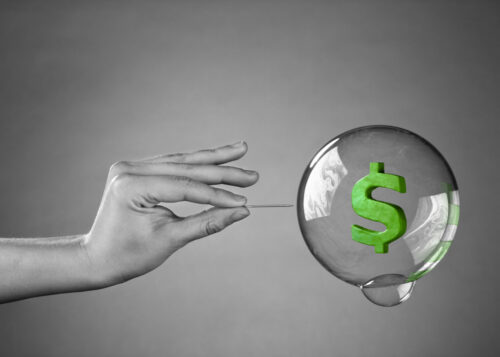 How Does A Stock Market Bubble Happen?

A bubble begins to form when investors bid up stock prices because they expect that other investors will be willing to pay even more for those same stocks shortly. A bubble develops when expectations exceed the reality, leaving many holders with a portfolio of overpriced assets. When the bubble bursts, investors are left holding the bag as stock prices plummet.

First, there is sometimes a wide disparity between the intrinsic value of a company and its stock price. Intrinsic value is what economists and professional investors believe that the company will be worth in the future based on a very detailed analysis of all aspects of the business.

The stock price can be driven by more subjective factors such as investor confidence in a particular industry, sector, or even the overall economy. A dramatic increase in those feelings can lead to an increase in demand for shares, which drives up prices.

Second, there’s something called “irrational exuberance.” That’s economist speak for greed. In times when people are feeling very confident about their financial futures, they become more willing to take risks.

Buying stocks with high valuations at or near 52-week highs starts to look like less risk than buying safer investments or ones with lower valuations because they feel like they can’t lose. 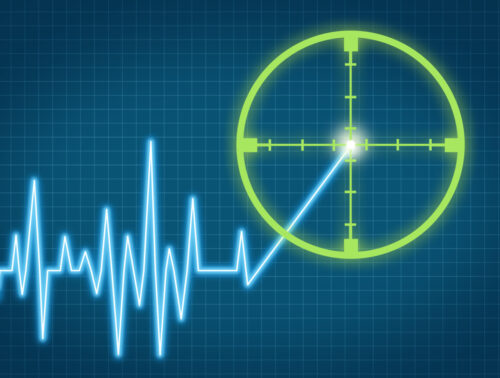 Finally, there is sometimes an element of copycat behavior. Investors see other people making money on holdings that seem abnormally high with the underlying fundamentals and follow suit.

Stages of a Bubble

In Charles P. Kindleberger’s book, Manias, Panics and Crashes: A History of Financial Crises, Kindleberger describes the five stages of a stock market bubble. These stages can help investors understand what is happening in the market and how to prepare for the next stage.

Here are the five stages of a stock market bubble:

In this stage, something occurs that is not part of the normal functioning of the economy. This can be anything from a change in government to a new invention or innovation that changes people’s lives in some way.

When this outside event occurs, it creates a chain reaction in the economy that builds on itself — creating excitement and investment activity as people see opportunities to make money by investing in this new area.

The investment activity takes off as everyone wants to get involved in this “new” thing — whether it is stocks, real estate, or any other asset class — because they believe there is easy money to be made by doing so.

When it becomes harder for prices to continue rising, when there are fewer buyers than sellers, and, eventually, when investors decide it is time to make a profit, the price will go down.

It is a state of mind that occurs after the initial enthusiasm of a bull market ends and the participants realize that the fundamentals are not what they appeared to be initially. During this phase, investors sell stocks at any price as panic sets in creating a bear market. Also known as the liquidation phase. 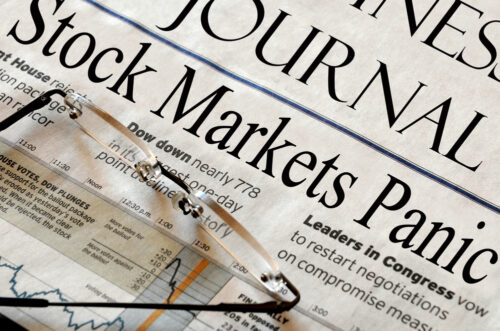 Advantages and Disadvantages of a Bubble

Investors have to deal with a lot of bubbles, and there are advantages and disadvantages to having a bubble.

One of the advantages of a bubble is that it makes people feel rich, even if their net worth isn’t growing. When they feel rich, they spend more money on goods and services, which helps the economy grow.

When the stock market is rising, it tends to make people feel more confident, which encourages them to take more financial risks. This can be good because it leads to more investment in new companies. On the other hand, it can lead to excessive risk-taking and too many unprofitable investments.

A downside to bubbles is that when all investors think the market will continue rising, they won’t sell their stocks even when prices are high. That means there aren’t enough sellers to keep prices from falling. If enough investors want to sell at once because a bubble has burst, the prices could fall very rapidly.

When bubbles burst and prices fall rapidly, many investors’ portfolios lose value quickly. Investors who count on their portfolio for retirement may be forced into retirement earlier than planned or may have to keep working longer than expected if their portfolio lost much of its value.

How to Survive A Stock Market Bubble?

The first rule of managing a bubble is to not buy-in at the top. If you try to time the market, you’ll eventually get burned. But there are other ways to manage your portfolio and protect yourself from a potential bubble bursting.

One strategy is to make sure you have enough cash on hand that you can wait out any panic selling and do some buying at prices that might be much lower than where they were when the bubble popped. That doesn’t necessarily mean sitting on cash.

It just means not having an immediate need for your investment money so that if the value of your investments declines sharply, you don’t need to sell anything right away.

Another strategy is diversification, which goes beyond simply having different types of investments — although that’s a good idea too. A diversified portfolio mixes more volatile stocks with less volatile ones, as well as defensive stocks that tend to hold their value even in a crash.

That way, even if one segment of your portfolio takes a big hit, it won’t wipe out everything else.

People usually refer to any sudden price increase as a potential bubble, but these occurrences are far rarer than you may think. The following are some well-known bubbles:

In the late 1990s, there was a bubble in stock valuations in the information technology industry, or what is called the dot-com bubble. The Nasdaq Composite Index rose from under 1,000 to over 5000 between 1995 and 2000. It then fell significantly in 2001 and 2002 as people lost faith in Internet companies and sold their investments.

Many investors who had invested in initial public offerings (IPOs) lost significant amounts of money when share prices fell rapidly. This was especially true for investors who were new to investing or used margin accounts (investing with borrowed money). 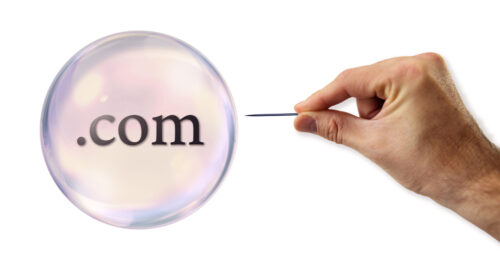 It occurred in 1720 when the South Sea Company issued shares in London and promised shareholders that they would receive dividends from trade with South America and the Caribbean. The company had also negotiated rights to collect some of Britain’s war debt which it promised would more than cover dividends on its shares.

The value of the stock rose rapidly, but as there were no profits to be made, people began selling their shares for less than their original price. There was then a rush to sell shares, causing their value to plummet and the bubble burst.

This speculative bubble occurred in the Dutch Republic during the early 1600s when the price of tulips reached extraordinarily high levels in Holland. This speculation was fueled by a massive demand for tulips, which had recently been introduced to Europe from Turkey. The rising prices attracted speculators, who drove up prices even more.

Soon, people were trading future tulip contracts at steep prices, as they expected to sell them at a profit later. However, by February 1637, tulip prices began crashing and many people defaulted on their contracts. This event led to a major credit crisis in the Dutch Republic, and it nearly bankrupted several wealthy families.

It was a real estate bubble affecting over half of the U.S. states. Housing prices peaked in early 2005, started to decline in 2006, and reached new lows in 2012. On December 30, 2008, the Case–Shiller home price index reported the largest price drop in its history.

The credit crisis resulting from the bursting of the housing bubble is an important cause of the 2007–2012 global financial crisis. 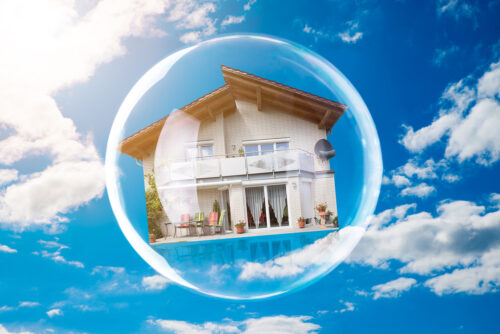 Final Words: What is a Stock Market Bubble?

Getting out of the stock market bubble before it bursts will help ensure that you don’t lose money. One of the best ways to do this is to keep calm and let your investments ride.

However, if you decide to get out of the market, it’s best to stay informed about what’s going on and ensure that some of your assets are protected from the stock market bubble bursting.