When you hear the word Bose, it’s quite likely that you think about premium quality audio equipment.

The Bose Corporation has a rich history of innovation and remarkable success in the audio equipment industry, and investing in Bose just seems like a natural desire due to their reputation.

So can you buy Bose Stock? Here’s what you need to know about buying Bose Stock, the Bose Corporation, and the impact they’ve had on the American audio engineering market.

Founded in 1964 by Amar Bose, the Bose Corporation was established in Framingham, Massachusetts, after Bose’s purchase of a stereo system that had him particularly disappointed.

Looking to remedy the situation and improve upon the speaker design, Bose took to the drawing board, working tirelessly to come up with a design based on sound reflection and the sound of a concert hall.

Contrary to the success of the company in more modern times, the 2201 was actually a failure, believe it or not, and was discontinued within four years of the initial release.

Surprised by the market and its reaction to the product, Bose determined that the average user was not after audiophile quality equipment.

The market demanded a product that, rather than be dictated by purely scientific measurements, was purely derived by the listener’s enjoyment.

In 1968, Bose released the 901, another unconventional design by all market standards in the audio industry, but one that proved successful.

The systems were based on 8 speakers that faced away from the listener, with a 9th speaker facing towards the user. The speakers were an immediate hit.

The Bose 901 was the flagship design of the company from that point forward, enjoying a manufacturing run that spanned nearly 50 years.

The company’s success saw partnerships in the automotive industry, as well as in professional audio system designs intended for commercial businesses.

Bose audio systems can be found in vehicles from a multitude of makers, including Cadillac, Chevrolet, Honda, Nissan, and Porsche.

Among some of their more ambitious prototypes, Bose has prototype suspension systems and vibration dampening seats using their knowledge of magnets and electromagnetism.

Can You Buy Bose Stock: Bose, A Controversial Contender

Bose has been criticized for a number of things since it’s inception, but there are a handful of things that stand out among these criticisms.

While Bose has been called a premium audio company, audiophiles consistently display their disdain for the company.

They’ve been slammed for producing high-end audio equipment at a premium price while not meeting audiophile standards.

Often, Bose systems are compared to other brands that meet these specifications that cost less, and are dragged for maintaining a high price tag while other “affordable” options are on the market.

The company still has not received the THX certification that is so highly sought after by audio equipment manufacturers.

The company’s position on these criticisms can be boiled down to Amar Bose’s views on the matter as a whole.

Bose stated that the standards that audiophiles and stereophiles subscribed to were meaningless, the data useless, and instead focused on creating systems that subjectively sounded good.

The thoughts of the average consumer and the sound quality spoke for itself, rocketing Bose to becoming a household name.

From a technology standpoint, the lack of documentation and specifications regarding the speaker systems is astounding.

If you were to search for specifications or standards that a large portion of the market still subscribe to, chances are you wouldn’t find any documentation regarding similar data being published by Bose itself.

The company is notorious for being protective of all of their intellectual properties.

In line with their protective nature, Bose has been known to take action to protect what they believe is an infringement on their products as well as their brand.

They have sued companies unrelated to audio electronics in order to protect their slogans and trademarks.

Additionally they’ve not been afraid to go after competitors who use similar naming systems as well as technology similar to their own, such as Beats noise cancelling headphones.

Bose claimed that Beats had stolen the designs that allowed the headphones to cancel noise. The lawsuit was dropped, and the two companies settled outside of court.

As long as Bose continues to deliver on the customer satisfaction that they are so well known for, the prices of their speakers will stay high, and the company will stay a top contender in the audio electronics industry.

Due to their sound quality approach, Bose corners the market on high-end speakers by appealing to the average listener and what they believe sounds best.

With such consistent customer satisfaction comes trust. In 2005, Bose was mentioned in a published market study stating that the company was among the most trusted electronics brands in the US.

As the brand releases new products, it’s evident that the research and development that each product undergoes is rigorous.

When competing with other brands also boasting the use of new technology, Bose historically outperforms and leads the pack.

Can You Buy Bose Stock?

Bose stock is not available for purchase at the time of writing this article, as the company remains privately traded.

There is no date for an IPO currently, but if one were to be released, you can guarantee that the share price would be high and the market value of the company would only appreciate as they are the go-to name in home audio systems, and have been for decades.

With the majority owner being MIT, and the agreement barring them from day to day involvement in the functions of the company, it is unclear if Bose will ever be publicly traded.

Up until 2011, Amar Bose had remained the majority owner of the company.

At that time in 2011, Bose made the decision to donate the majority of his shares to his alma mater and former employer, the Massachusetts Institute of Technology.

MIT benefits from this donation by being paid out an annual cash dividend.

Per an agreement, the dividend is to be used for continued education and research purposes.

Another condition of the donation was the agreement that MIT is not allowed to sell any of the shares, and they aren’t allowed to manage or govern the company itself.

Because Bose is a privately held company and is not publicly traded, a stock price is not available for the company.

Without any dates scheduled for an IPO, a stock price will not be available for the foreseeable future.

Bose Stock: How Much is Bose Worth?

At the end of the 2019 fiscal year, it was reported that Bose was worth roughly $4 billion.

At the same time, it was announced that the company employed over 9,000 people.

With their reputation and their consistent customer satisfaction, it can be expected that Bose will continue to grow and will be worth more as the company ages.

Can You Buy Bose Stock: Bose Competitors You Can Invest In

Although Bose stock is not currently able to be bought and traded, there are a list of competitors that are publicly traded that stock can be bought.

In recent years, Sonos has become the biggest competitor on the market for Bose, with results on Google generating suggestions like, “Is Sonos better than Bose?”

A relatively newcomer on the market, Sonos was founded in 2002.

The company wasted no time working to obtain partnerships with music streaming companies like Pandora, Spotify, and Amazon.

The company moved from being privately owned to publicly traded in 2018.

Since that time, the stock has consistently trended up, even through an onslaught of technical issues and critical reception.

Business remains good though, as the speakers continue to contend with Bose.

Voxx International is a large parent company that owns several Bose competitors on the market.

Voxx has come to own such companies as Acoustic Research, Audiovox, Jensen Electronics, and Klipsch.

As these companies began to lose traction independently, Voxx would some into the fold and purchase them, absorbing them into the Voxx International company.

Voxx, in the last year, seems to be splitting the brands that it has absorbed into two separate brands, one designed to appeal to high quality audio equipment enthusiasts, and the other for consumer electronics at a lower pricepoint. 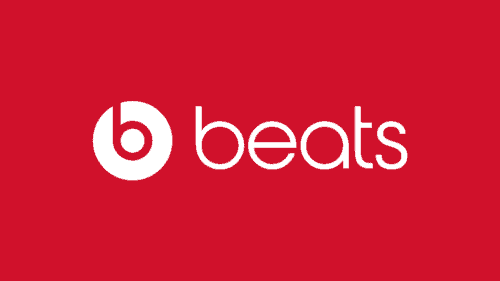 While you cannot invest in Beats Electronics alone, you can invest in their parent company, Apple (and let’s be honest, investing in Apple these days feels like a sure bet).

Beats Electronics, formerly known as Beats by Dre, is one of the largest competitors on the market when it comes to consumer headphones.

Priced in such a way that studio-quality headphones could be purchased by anyone, Beats took off and left many of the companies they competed with in their wake.

With such popularity comes a lot of attention, and rap mogul Dr. Dre was approached by Apple.

In 2014, Apple made a deal to purchase Beats by Dre, changing the name to Beats Electronics, for a whopping $3.2 billion.

The deal was unprecedented, and made Dr. Dre the “first billionaire in hip hop.”

In the world of electronics, people know the name Sony. The brand competes with Bose, yes, but really has a stake in nearly every aspect in the electronics industry.

Their first venture into audio electronics was with the iconic Walkman cassette player, which down the line developed into CD players, digital media players, and even a line of phones. With these devices came headphones, as well as speakers.

With all of the entries that Sony has in the electronics market in terms of home entertainment, it only makes sense for the giant to produce their own audio related devices to fit into their other products.

Not only a rival to Bose, but a rival to Apple as well, Samsung Electronics is a stock to look into if interested in trading internationally, specifically on the Korean Exchange.

Samsung has become a megalith in the electronics industry, and it is continuing to grow without any signs of slowing down.

Naturally, like all other large electronics brands, Samsung does have a sector entirely dedicated to audio equipment.

In 2017, Samsung made a big move to enter the speakers portion of the electronic industry by acquiring Harman International.

In doing so, Samsung gained control over numerous speaker brands, from entry level to high-end names.

A few of these include Harman Kardon, Infinity, and JBL, all brand known quite well for their speakers and audio equipment.

Bose is one of the more impressive audio equipment manufacturers in the United States with decades of positive feedback from consumers, even though reviewers may not agree.

That’s okay with Bose, however, as they look to deliver sound quality that isn’t measured by instruments or data, but rather is measured by the listener.

This approach has proven to be a successful strategy for the company, as they are a trusted household name when it comes to audio equipment.

While the company may not be publicly traded at this time, there are suitable stocks from Bose competitors to invest in.

Some of these are Apple, Voxx, Sonos, and Sony, all major labels on the market.

If an IPO is announced for Bose, it can be expected that stock prices would be relatively high, judging by the competition, as well as the worth of the company while it remains private.

The possibility of an IPO, however, is still undetermined, based on the major owner of the company being MIT and their inability to manage or govern the company in any capacity.