Can You Buy Harbor Freight Stock? What You Need to Know! 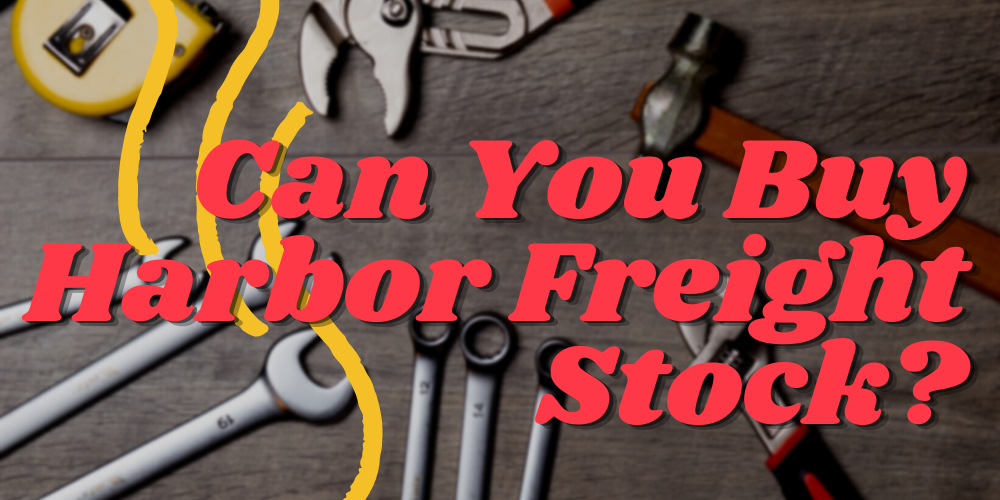 Harbor Freight stock could offer investors the opportunity to buy into one of the top tool retailers in the business. But can you trade its shares on the stock market? Read along for the whole story.

Can You Buy Harbor Freight Stock?

You cannot invest in Harbor Freight stock at this time, as the company is privately held. Its stocks will not be available to retail investors until we see a Harbor Freight Tools IPO.

Before we get into it, let’s look at the company and why so many investors want a piece of the action.

What Is Harbor Freight?

Harbor Freight was founded in 1977 in North Hollywood, California, by father and son Allan Smidt and Eric Smidt.

Originally called Harbor Freight and Salvage, the company found its roots as a mail-order tool business specializing in liquidated and returned merchandise. As the business grew, it changed its name to Harbor Freight Tools.

In 1980, Harbor Freight Tools opened its first retail store in Lexington, Kentucky. The brand was very successful, which led to the opening of more stores across the US. By 1985, Eric Smidt had taken over as president of the company at age 25. 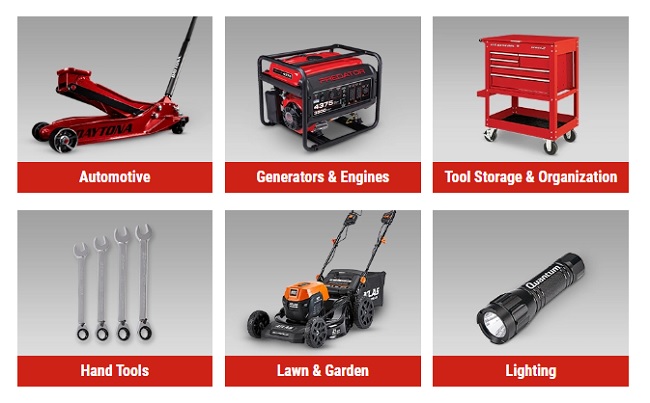 In 1997, Harbor Freight Tools launched a small website that had 10 landing pages and a modest catalog. Now the website has over 37,000 indexed web pages, so to say that it’s grown is quite an understatement.

In 2012, over 43 million visitors were using this site. In 2010, the company moved to Calabasas, California, where it’s still headquartered.

Additionally, it opened three distribution centers, but one closed in early 2013.

The first instance that comes to mind is the lawsuit levied against the organization in 2012. A group of employees sued Harbor Freight Tools, stating that they were misclassified as “exempt employees.”

This barred them from receiving overtime benefits, which the employees believed went against their rights as workers. Harbor Freight was able to appeal to the court, and the class-action lawsuit was dropped.

Each person involved in the suit was instructed to take up individual suits against the company if they wanted to continue seeking damages.

Then, in 2015, another class-action lawsuit was filed against Harbor Freight Tools by customers, as they alleged that the company was engaging in false advertising. They said that the sale price of goods was misleadingly used to make customers believe they were purchasing items at a discount.

The customer suit claimed that the chain of tool shops was falsely advertising prices.

Harbor Freight settled the case, and consumers were paid up to $33 million. These are the only two major skeletons in Harbor Freight’s closet, but considering it has been around for over 40 years, that’s not too bad. 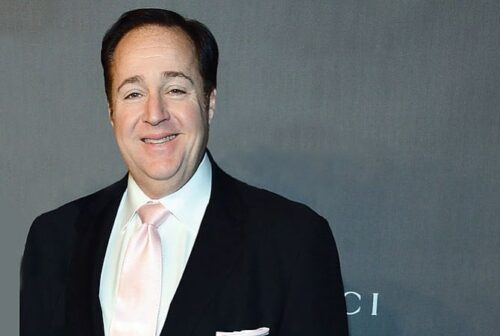 Under his leadership, the company has opened over 1,200 stores.

What Is Harbor Freight Worth?

Harbor Freight is estimated to be worth over $5 billion. Private companies do not need to disclose these types of figures so all we have are estimates.

What Is Harbor Freight’s Revenue?

Net sales are reported at over $500 million.

The company operates well over 1000 retail locations and employs more than 20,000 people. 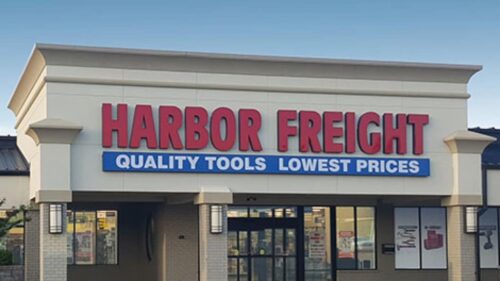 Why Is Harbor Freight Successful?

Much of what makes Harbor Freight Tools successful is its commitment to excellence and a positive experience throughout all its locations.

The company has been dedicated to offering competitively priced tools and other equipment to its customers for over 40 years.

It accomplishes this by selling in-house brands that are directly sourced from manufacturers. Not only can Harbor Freight offer its tools at lower prices due to the way that it procures them, but the company also provides exceptional customer service and quality assurance.

The company’s quality is tested in its quality assurance facility located in Calabasas, California.

Today, all tools sold by the retailer are brought to the facility to be tested on location before being sold.

How to Buy Harbor Freight Stock

You can’t buy Harbor Freight stock on major exchanges, as the company is privately held. However, there may be a way to invest in the company down the line.

Harbor Freight Tools currently has no stock symbol because it is not traded on the stock market. Right now, the best we can do is guess what a Harbor Freight stock ticker would look like. Some suitable options include HFT, HRBR, or HFRT.

Also, there is a stock traded publicly named Harbor Diversified Inc (HRBR), but this is not Harbor Freight Tools stock.

As far as we can tell, Harbor Freight is not planning an IPO any time soon. Also, the owner Eric Smidt has not indicated that he’d like to take the company public. We’ll keep you posted if this changes.

While Harbor Freight stock is not available, several alluring competitor options are open to the public.

To start your search for Harbor Freight competitors, check out these stocks.

Home Depot is an excellent company to invest in if you want a good alternative to Harbor Freight. The company has seen massive success in the past year as a result of the pandemic, but overall it has done well looking even further back.

The company was founded in 1978, a year after Harbor Freight. Home Depot is headquartered in Cobb County, Georgia.

Home Depot is one of the largest home improvement companies in the country. The company offers services and sales to individuals as well as contractors.

Because Home Depot appeals to more than just those in need of tools, it saw much more rapid growth and success.

In the last year alone, the stock saw a large growth boost due to the increased interest in amateur home improvement. 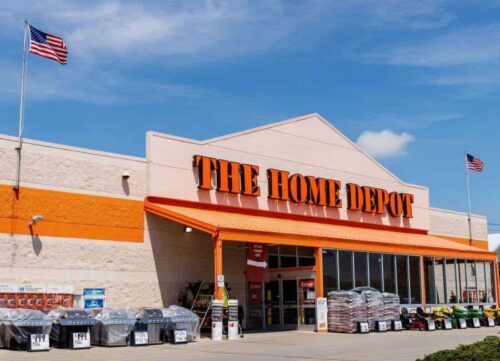 Another home improvement giant, Lowe’s, is a good competitor to invest in if you’re looking for a stock that’s grown. Like Home Depot, Lowe’s sells all sorts of construction goods, not just tools.

Lowe’s was founded in 1946 in North Carolina, meaning it had a 30-year head start on both Harbor Freight and Home Depot. The company caters to home improvement folk as well as professionals.

Tools and general construction supplies can be purchased here, just like with Home Depot. Lowe’s has in-house brands but sells brand-name tools as well.

Currently, Lowe’s is headquartered in Mooresville, North Carolina. Over the last five years, the stock has more than doubled in price. 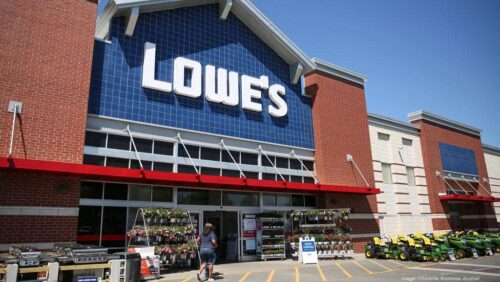 If you’re looking to invest in a company that specifically produces tools and machinery, a good alternative to Harbor Freight is Caterpillar, Inc. The company designs and manufactures large-scale tools, machinery, and engines.

You may know Caterpillar, Inc. for its large, yellow vehicles.

Caterpillar is the world’s largest construction equipment manufacturer, and the company markets itself to construction industry professionals. The company makes some smaller machinery and tools available for consumer purchase, but it’s a large-scale operation for the most part.

The company had steady growth over the last 5 years on the stock market, with its stock price more than doubling since 2016. 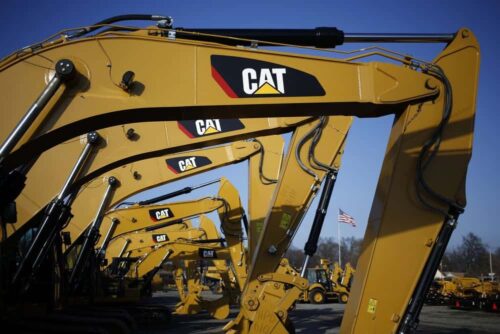 Should You Wait for a Harbor Freight IPO?

If you’re really intent on owning Harbor Freight stock, you could hold off for the IPO. But if you just want to buy into a tool retailer, you have plenty of options.

Many of the companies we listed are heavy hitters in the industry, so they could be suitable stand-ins for the time being.

In the case of an IPO, Harbor Freight could be a solid stock worth considering. Still, you should do your due diligence before picking up any shares.

While investing in Harbor Freight may be tempting, the company doesn’t currently offer stock to investors. It is privately owned and has made no indications of scheduling an initial public offering.

Despite the lawsuits against it over the last decade, the company has remained successful.

Harbor Freight’s business model and quality assurance make it easy for most people to connect to the brand. Should an IPO be announced one day, you can expect that the price for Harbor Freight stock will be high.

However, you’ll need to look into the company’s competitors for investment opportunities until then.

In your search for a competitor to Harbor Freight, we recommend that you review the data, study the markets, stay updated, and watch for significant movements.

Harbor Freight Tools is a privately held company so its shares are not traded on the stock market. The leading tool retailer does not appear to be positioning itself to go public anytime soon. While rumors have swirled around about a Harbor Freight IPO, nothing has been proven

Harbor Freight Tools gives every indication that it’s a profitable company, but we can’t know for sure unless it releases data on its profitability. Reportedly, the company’s 2021 revenue is in the ballpark of $5.1B. This is before expenses, though, not its profits.

Does Harbor Freight own Pittsburgh Tools?

Harbor Freight makes the brand Pittsburgh Tools, but it’s a product — not a company. In addition to making its own Pittsburgh Tools, the company also sells a wide variety of brands, including Central Machinery, Central Pneumatic, Chicago Electric, Drillmaster, HaulMaster, US General, and more.