How Does GitHub Make Money + Everything Else You Need To Know! 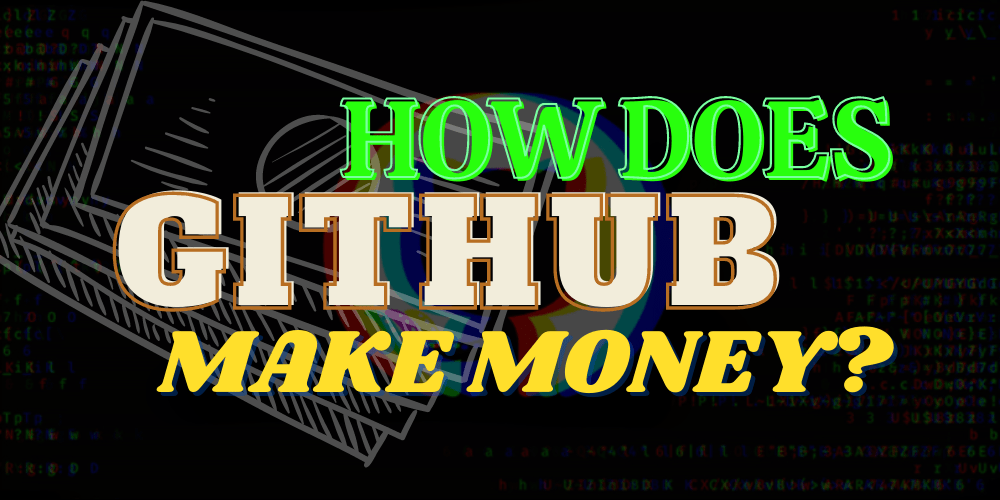 How Does Github Make Money?

So, how does GitHub make money? Read on to find out how the company makes money and everything else you need to know.

If you are a developer, there are lots of things that you can do with GitHub.

You can store your code, share your code with others, and collaborate on code.

You can also use GitHub to create public repositories where you can share your projects with the world.

Millions of developers use GitHub to store their projects and share them with others.

GitHub provides a powerful platform for sharing code and collaborating.

As of today, GitHub has more than 56 million users who are using its services of GitHub.

So, how does GitHub make money? Read on to find out. 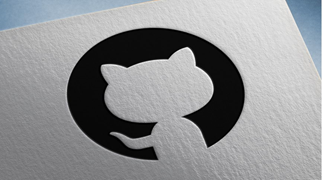 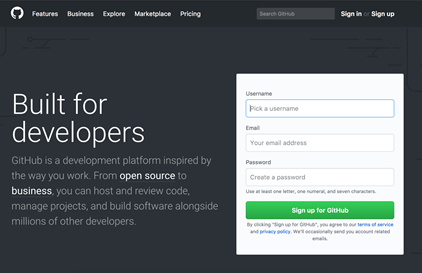 GitHub was founded by Tom Preston-Werner, PJ Hyett, and Chris Wanstrath in 2008.

It was started as a platform for developers to host their code and collaborate on projects.

The co-founders wanted to build a tool for programmers that other tools at that time lacked.

At the time of its inception, GitHub had very few users and was not popular at all.

In fact, it took a lot of marketing efforts from the co-founders to spread the word about GitHub.

After this release, GitHub started becoming really popular among developers.

By this time, millions of people were using GitHub to store their code and collaborate with others on projects.

Today, GitHub has more than 56 million users who use it daily from all over the world.

It has become a significant place for software developers because they can work together on projects and learn new things without leaving their countries or having expensive flights or meetings worldwide.

GitHub is owned by Microsoft. In June 2018, Microsoft acquired GitHub for US$7.5 billion dollars.

This was a huge deal at that time and left many people shocked around the world. It was one of the biggest acquisitions in the history of technology.

Many people were surprised by this acquisition because they didn’t realize that GitHub was worth so much money.

In fact, many people were surprised to learn that GitHub had become such a huge property in such a short period of time, only 8 years after it was founded.

The founder of GitHub, Chris Wanstrath also left GitHub after the acquisition to pursue another project called Stellar.

He had worked on GitHub for the past 6 years and will now be working on Stellar full time instead.

Since Microsoft has bought GitHub, some changes have been made to it, which are making developers angry.

They say that Microsoft is trying to turn GitHub into a commercial product and kill the open-source nature.

How Does GitHub Generate Revenue?

GitHub doesn’t sell anything directly. They don’t have a product store, nor do they have an app store where people can find their products.

GitHub only offers free services and charge for premium services, so they are called a SaaS(Software as a Service) company.

They are a SaaS company because they only offer software and don’t have any hardware or physical products to offer.

Since they are just offering software, their revenue is generated by charging for their services instead of selling products.

GitHub generates revenue by charging developers to use their cloud hosting services.

They also earn money by offering a paid version of their platform called GitHub Enterprise.

This is like the premium version of GitHub. Many people prefer this platform because it is more secure than the free version.

GitHub made most of its revenue through the paid plans that it offers to its users. There are three tiers of account plan types:

First of all, it comes with only one private repository for free, and everyone can access your code by default. Second, you can only have 3 collaborators on your repositories.

If you want to have more collaborators or private repositories, you will have to upgrade your account.

Team: You can get unlimited collaborators and unlimited private repositories on this plan.

Enterprise: This is the most expensive plan offered by GitHub.

Also, this is the only plan that gives you access to SAML Single Sign-On functionalities.

These plans come with a free trial where you can experience all of their features without paying anything.

Also, GitHub earns money by selling enterprise software tools to companies and organizations that want to manage their code from GitHub.

These tools can be used for things like managing the code or managing security settings on Github.

Companies and organizations can also use GitHub to build their own tools on top of their platform.

These are the three main ways in which GitHub makes money.

They can also make money by charging for other things like stickers and t-shirts, but these are not very important or significant income sources for them.

The first way GitHub makes money from their users is by charging developers to use their cloud hosting services.

This is the main way they make money, and it accounts for a huge chunk of their total revenue.

GitHub also makes money from companies who want to manage code or manage security through them.

These companies can use the tools that GitHub has built internally to manage things like code, issues, security, etc.

They can also build new tools on top of the existing platform and charge other companies to use these tools.

Finally, they also make money by selling consulting services to other companies who want to use GitHub as a tool and run internal projects.

This question accompanied Microsoft’s US$7.5 billion acquisition of GitHub back in 2018. Despite having a solid revenue, it had never really been profitable.

Microsoft paid close to 30 times the annual recurring revenue (which also means that GitHub was generating close to US$250 million in revenue annually).

So why would Microsoft invest so much in a company that was not profitable? This goes back to Microsoft’s competition with Amazon Cloud Services (AWS) which currently dominates the cloud computing market.

By acquiring GitHub, Microsoft has access to droves of developers that it can leverage its other services.

A major part of this is Microsoft Azure and its other software development tools.

For Microsoft, GitHub stands to offer a clearer path to profitability and advantages within its wider business strategy.

Who is GitHub’s Competition?

Many companies offer services similar to GitHub. However, GitHub is the best in the business. Some of the other competitors include:

Bitbucket: Bitbucket is one of the most popular alternatives to GitHub. It is a paid service with a free plan as well.

The company has recently been acquired by Atlassian, which makes it even more competitive than before.

SourceForge: SourceForge offers a range of products and services for software developers and software projects from all over the world.

Like GitHub, it offers free plans and paid plans as well.

Despite the competition, GitHub comfortably continues to lead other source code management tools with a market share of over 21%, according to Datanyze.

The closes completion is Microsoft Team Foundation Server with a total market share of 14%, according to Datanyze.

How Can GitHub Make Money in the Future?

GitHub is a great platform, and it has lots of potential. Two things will make much money for GitHub:

How Much Money Can be Made from These Two Things?

It is hard to say. Let’s make some assumptions: Given that GitHub has over 100 million repositories, we will assume that 50% of the repositories are private repositories.

If GitHub requires users to pay US$1 per month (which is not a lot), then GitHub’s total revenue will be at least US$600 million per year.

That is a very conservative estimate, and I am sure that the number will be much higher than this.

In addition to this, GitHub can also make money from premium features that are already available for public repositories.

There are many things that you need to run your own public repository, such as:

In the future, GitHub will probably add more premium features.

If they do that, they will be able to make even more money because many people who use public repositories will pay for the premium features.

So overall, I think GitHub has much potential when it comes to making money in the future.

How Does GitHub Make Money: Conclusion

GitHub is a great website, and it will surely make much money in the future.

I don’t see any major problems with GitHub in the future, and I think it will provide value to its users for many years to come.

Microsoft will definitely try to monetize GitHub further, but as long as GitHub doesn’t become overly commercial, I don’t see any major problems with it in the future.