If you’ve been paying attention at all, you’re probably aware of how popular streaming services are nowadays. Streaming services are popular because they bring entertainment and services directly into consumer homes, without the need to go anywhere. These streaming stocks represent excellent opportunities to invest in this rapidly-growing space.

Netflix pioneered streaming media and demonstrated the model’s potential. However, many other companies are now following suit. Amazon, AT&T, and Disney all made major investments to launch streaming services. The industry’s rapid expansion led to incredible market penetration. According to Statista, global streaming revenues grew 13.9% YoY in 2020 and the number of global users increased by 12.5%.

As such, streaming is a hot market right now with no signs of slowing down anytime soon. Only one-quarter of internet-connected households have streaming services, the market still has room to grow.

Everyone knows about Netflix and the other big boys, so we’re focusing on some of the lesser-known streaming stocks. 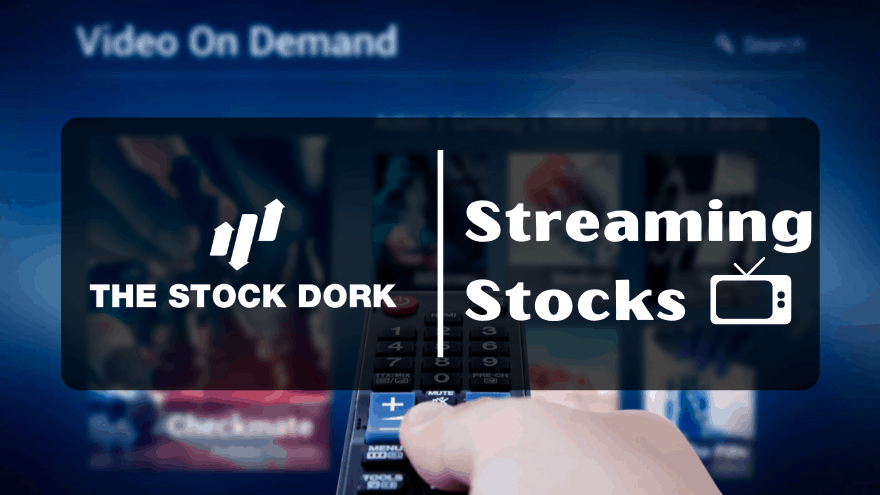 TiVo made its name when it pioneered DVR technology in the late 1990s. The company was one of the first to offer technology that allowed consumers to record and playback shows. Its name-sake device was so popular that “TiVo’ed” became common slang for recording TV programs.

TiVo survived the death of its recording device and adapted to the new market. Despite its difficulties, the firm managed to continue growing. TiVo’s recent performance hasn’t been spectacular. However, its new streaming service TiVo could provide long-term revenue growth for the company.

Roku has slowly become the standard streaming alternative to having a cable TV box. Founded in 2002, Rokus sells compact devices that allow consumers to access streaming services from almost any TV. The company also generates significant revenues from advertising and licensing its technology Smart TV manufacturers.

Wall Street loves Roku. It’s one of the most successful streaming stocks over the past two years. The company has consistently posted impressive revenue growth and it has an uncanny ability to adapt to consumers. Roku is uniquely poised to take advantage of the post-TV market because they are a major player in all corners of the market. Roku’s streaming devices are only a small part of the business. It’s licensing deals, advertising revenues, and data services are the real highlights of the business. Over the next few years, Roku has the potential to leverage its unique position for continued revenue growth. Roku could become a major player in the streaming media market for years to come.

Comcast is one of the top up-and-coming streaming stocks. The company used to primarily focus on broadband but it recently began diversifying its operations. For example, Comcast recently acquired Sky, a European satellite company and news outlet. It’s also launching a new streaming service for its NBCUniversal properties called Peacock.

Comcast is an attractive investment for several reasons, and its streaming business makes it even more interesting. The company is massive, so it’s not exactly a pure-play streaming stock. However, it’s an excellent company with several lucrative businesses.

iQIYI is a Chinese streaming service that made its US IPO in 2018. iQIYI’s users watch over 6 billion hours of content each month. The company is commonly referred to as the “Chinese Netflix” because of its similar revenue and content structure.

This streaming service is unique because it’s specifically designed for smartphones. Its shows are highly interactive, and they’re designed for short spurts of viewing. As of 2019, its subscription rates were growing at 38% YoY. The company also took great strides to bolster its library of original content and expand its international reach.

IQ is a tempting investment because it has a major presence in China’s rapidly-growing consumer market. China’s strict censorship makes it hard for other streaming stocks to tap the market. IQ’s streaming service could become a massive revenue source with a virtually untapped user base.

In the post-TV age, streaming does not seem to be going anywhere anytime soon. As more companies release their own streaming services and the demand for in-home streaming increases, we can safely expect to see the current trend of streaming growth to continue for the foreseeable future. What streaming stocks are you trading this month? Let us know in the comments below!