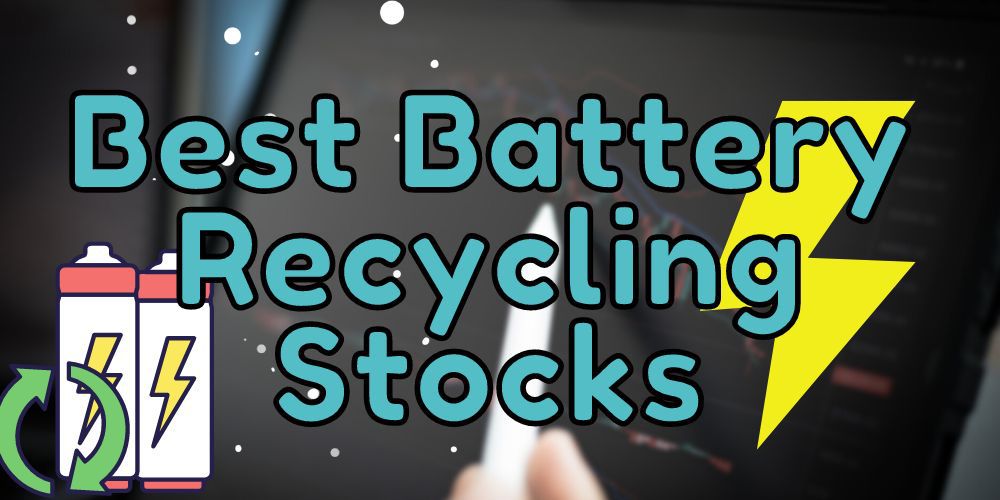 A global leader in battery recycling, Umicore Group is a Belgian material technology company with recycling facilities in the United States, Germany, Belgium, and China.

It generates revenue from its two divisions: battery recycling and catalysis, and energy & surface technologies.

Its battery recycling process seeks to recover materials like copper, nickel, and cobalt from scrap batteries used in battery production.

The company stands to benefit from a projected boom within the electric vehicles market and predicts a 2.99% increase in sales in 2023, which correlates to $4.56 billion in sales. 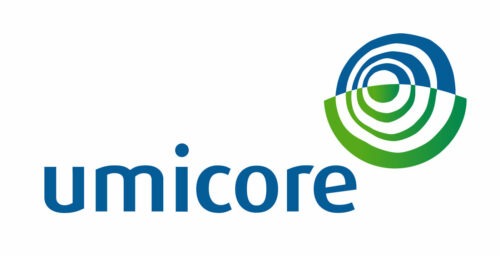 Umicore plans to open a $525 million plant in Europe, which is projected to be the largest battery recycling facility in the world.

The Belgian company says the plant will open in 2026 and can produce 150,000 metric tons of battery materials annually.

With one of the lowest stock prices on our list, the American Battery Technology Company is an excellent opportunity for investors looking to get into the battery recycling market early.

Based out of Nevada, this battery materials company extracts and recycles battery metals like lithium.

American Battery Technology Company currently has no reported revenue. Still, despite that, many investors swear by the company’s potential because its CEO, Ryan Melsert, was a former engineer at Tesla. 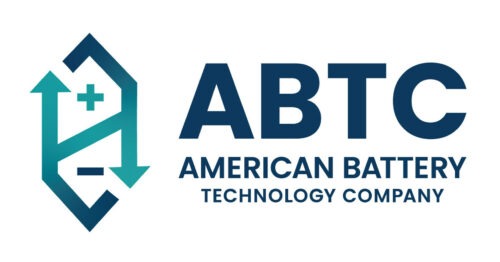 ABML is currently constructing a battery recycling facility for non-thermal batteries, and it’s projected to process about 20,000 tons.

It was awarded a $10 million grant to develop next-gen techniques for battery recycling to produce environmentally friendly and low-cost battery materials.

The company’s investor presentation predicts that global demand for battery metals can rise to $100 billion. The company could generate around $27.64 million in earnings in 2023.

Li-Cycle is one of the front-runners for battery recycling in North America.

It records impressive progress with its proprietary technology in recovering and recycling lithium-ion batteries.

It recently entered a partnership with LG Energy and LG Chem and received a $100 million investment via Koch Strategic Platforms. 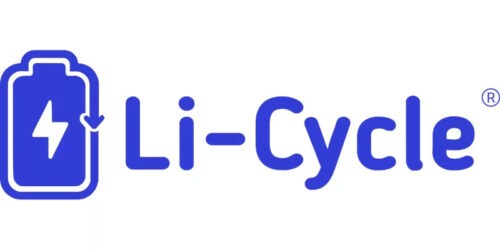 In line with Li-Cycle’s business model, the company has set up battery recycling facilities near battery manufacturers.

These are called spokes, while it also owns ‘hubs,’ facilities where batteries are broken down and metals are recovered that can be used to manufacture new batteries.

Incorporated in 1987 and based in Surrey, Canada, RecycLiCo Battery Materials has interests in mineral resource projects patented and unpatented across the United States and Canada.

It is further involved in battery recycling via its unique recycling process, which takes an easier approach to recovering battery materials.

Partnered with Kemeto Research Inc, RecycLiCo announced that it had made significant progress with its Vancouver demonstration plant.

Parallel to this demo plant progress, RecycLiCo plans to construct a commercial plant based on the demo to satisfy industry demands.

The company changed its name from American Maganese to RecycLiCo Battery Materials in October 2022 to reflect its dedication to the new direction.

The Chinese company, Ganfeng Lithium, is the third largest in the world in lithium compounds production and the largest in China.

In Q2 2022, Ganfeng formed a strategic partnership with SVOLT Reach to create a lithium battery park project in Jiangxi Province.

This agreement also extends to battery recycling which Ganfeng believes is profitable and has massive room for growth and development.

Looking at its financials, Ganfend Lithium is a dividend stock with a yield of 0.42% and an annual payout of $0.03.

The company runs a battery recycling project that recovers cobalt and other battery metals from scrap batteries.

Neometals is currently developing a shredding plant that it hopes will lead to a full-scale battery recycling operation, with the second stage being a battery refinery.

Reports suggest that Neometals is expected to generate roughly $480,740 in 2023, but that number should grow significantly in the coming years.

BYD is a multinational automobile company based out of Shenzen, China.

It is involved in the manufacturing and selling of electric cars in China and across the world.

In 2018 BYD announced the opening of its battery recycling facility in Shanghai. 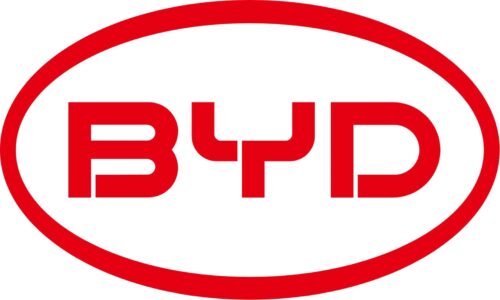 This company is involved in the refining and recycling of lithium-ion batteries.

The report suggests that when the plant is fully operational, it will recover 75 tonnes of battery materials and run concurrently with its cobalt refinery. 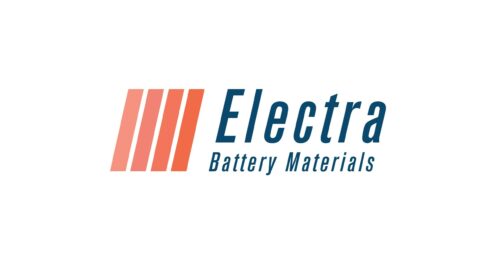 In the following quarter, Electra Battery Materials acquired a piece of cobalt property (CAS) close to its Idaho projects for $1.5 million.

The addition of this property to its Ruby and Iron Creek properties positions the North American company to expand its cobalt endowment.

Regarding the design and production of mobile phones, personal computers, and related products, Apple is one of the largest players in the market.

The titan has dominated the mobile phone industry with its popular iPhone model and has further announced that it stands with the environment.

In line with this, in 2021, it was reported that 20% of all materials used in Apple products were recycled.

The company has taken things further and introduced its battery recycling process for old devices. 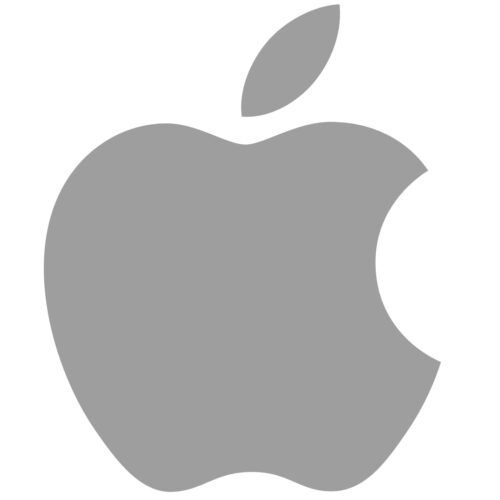 It recovers battery materials from old iPhone batteries, which can then be used to manufacture new batteries.

Apple’s recycling process involves using its ‘Daisy’ robots to disassemble iPhones and take out the batteries, which are then passed on to ‘Dave’ robots that further break it down and recover the rare earth minerals used in battery manufacturing.

AAPL is a popular stock among investors for many reasons, one being its market cap of $2.06 trillion, making it one of the largest companies in the world.

AAPL is also a dividend stock offering investors a forward dividend yield of 0.71% with a corresponding payout of $0.92 and a payout ratio of 14.73%.

Green energy sources such as wind and solar need rechargeable batteries to store the energy they generate.

But the problem is batteries have a finite life cycle.

However, seeing as the main point of utilizing renewable energy sources in the first place is to protect the environment, simply throwing away the batteries used to store this energy would defeat the purpose of going green in the first place.

When batteries reach the end of their life cycle, certain companies can help recycle these batteries and make them available for reuse.

This prevents the wastage of batteries and makes renewable energy more viable.

Right now, there aren’t many batteries recycled across the world, primarily because renewable energy is yet to reach a point of mass adoption.

However, with many countries currently committed to transitioning into renewable energy, including the United States, we’re likely to see an uptick in demand for battery recycling.

The emergence of the electric vehicle market could further drive that demand.

After all, as things stand, only a small fraction of the vehicles in the world run on electricity.

However, with electric vehicles expected to flood global roads eventually, we’re likely to witness the corresponding emergence of the EV battery recycling market due to the growing demand for batteries.

And demand could, in turn, trigger a boom within the battery recycling sector.

It’s hard to put a definite timeline on when the battery recycling sector might undergo an uptick in demand.

What Battery Company Does Warren Buffet Own?

What Battery Company Is Backed By Bill Gates?

What Is The Holy Grail Of Batteries?

Right now, the holy grail of batteries is believed to be the Lithium metal battery. It is regarded as the next big thing in battery technology because it can provide incredibly high energy density, potentially double the density of Lithium-ion batteries.

What Is The Name Of The Company That Owns The Forever Battery?

The forever battery, also known as the solid-state battery, isn’t owned by one single company, however, Quantumscape is widely regarded as a pioneer of the technology.