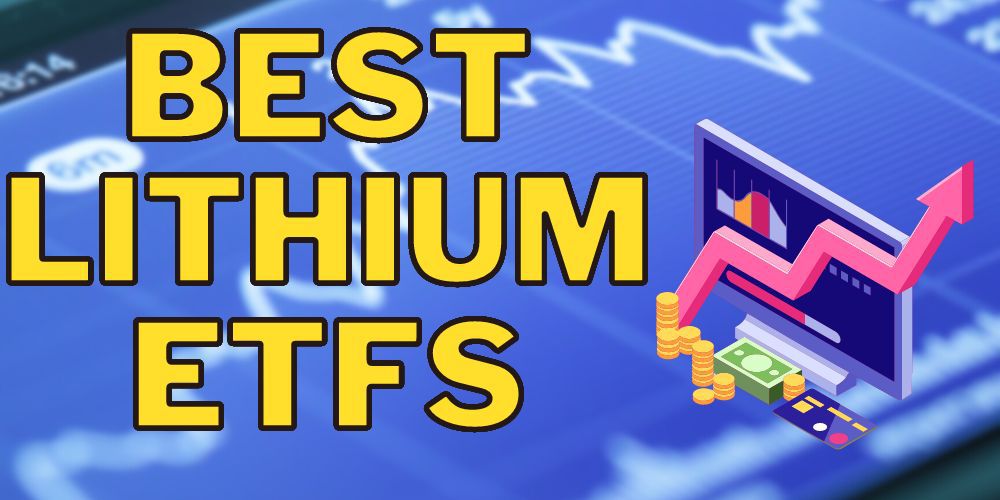 Lithium batteries are becoming increasingly relevant as the globe moves toward an electrically driven future. A lithium ETF investment could be the spark that energizes your portfolio in the next decade. But what are the best lithium ETFs to buy now? Let’s have a look!

The Global X Lithium and Battery Technology ETF is one of the market’s few pure-play lithium battery exchange-traded funds. The fund seeks to track the performance of the Solactive Global Lithium Index.

LIT is one of the largest in its class, managing nearly $4 billion in net assets. It charges investors an ETF expense ratio of 0.75%.

The fund’s 40 holdings offer investors a broad scope of the lithium battery industry by investing in the entire business cycle.

The ETF invests in mining companies like Albemarle Corp (ALB), but also stretches to the end of the business cycle and into consumer product manufacturers like Tesla (TSLA). 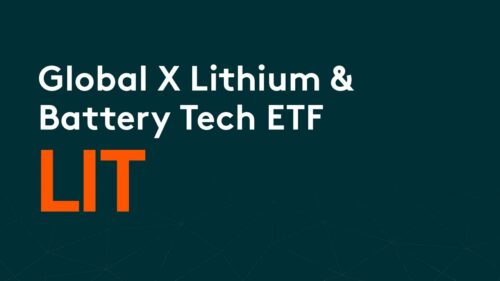 The fund is primarily invested in Chinese companies (32%), with United States companies (28%) following closely behind.

Since its inception in 2010, the Global X Lithium & Battery Tech ETF has delivered a cumulative return of over 150%. This equals close to an average annualized return of nearly 8%.

The performance could be partly due to a rise in lithium prices and the momentum of the Electric Vehicles (EV) industry. The timing of its debut has also contributed to the ETF’s performance.

LIT’s price has been consolidating since its 2021 peak of nearly $100.

A similar price pattern consolidation can also be observed among other renewable energy investments like wind and solar. This could signify that the ETF is moving in parallel with the clean energy sector.

The lithium ETF has seen its price-to-earnings ratio drop dramatically over the last year, going from 60x to 21x.

A market correction coupled with better earnings yields from its components could have caused the P/E drop.

Like LIT, Amplify is also a pure-play lithium ETF that invests in the different areas of the battery business cycle.

Yet, the Amplify Lithium and Battery Technology ETF has a different asset composition.

It also places less emphasis on miners than LIT does, which is heavily weighted into materials (46%).

BATT is also more affordable and diversified than LIT, charging an expense ratio of 0.59% for its 90 holdings. 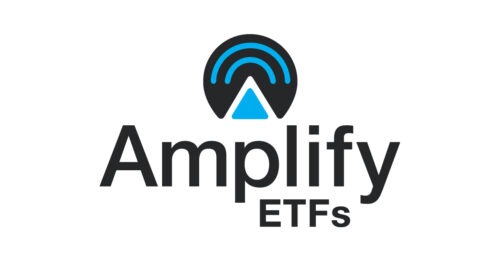 These advantages, however, have not helped the ETF get ahead of its competitor.

BATT has delivered negative cumulative returns since its inception. The poor performance does not appear to derive from having a different inception date, as BATT has performed poorly during the same period.

Instead, its exposure to technology and the automotive sector could be at fault for its poor performance. Materials have seen a better performance over the last year while the technology sector has experienced challenges.

Yet, as we all know, past performance does not indicate future results. BATT could see better days ahead as the EV industry develops.

Analysts speculate that the EV industry will grow at a CAGR of 22.5% from now until 2030. If correct, this massive growth could boost BATT’s portfolio.

The Amplify Lithium Battery Technology ETF has been trading between $5 and $20 since its inception.

The ETF is trading close to 35% down from its 2021 all-time high, nearing a mid-price range between its highs and lows.

While ARKQ is not a lithium battery pure-play, its involvement in the Electric Vehicles (EV) industry makes it a fitting alternative.

ARKQ invests heavily in energy storage and lithium batteries. The sector comes second in asset allocation, comprising 15% of the fund.

Electric Vehicles represent its primary asset allocation (42%), which are also heavily tied to the development of lithium batteries.

ARK funds reigned supreme during the speculative bull market of 2020-2022.

Cathie Woods, the fund’s founder, was held in high regard as the funds saw some of the best market performances.

The price of ARKQ has increased nearly 300% since its pandemic bottom. But easy come, easy go — the fund is now approaching its pre-pandemic high of $43. ARKQ has nearly lost all its bull market profits and is now down nearly 55% from its 2021 peak.

It is no surprise that TSLA is ARKQs biggest holding, comprising nearly 10% of the fund. Cathie is one of the best-known Tesla (TSLA) bulls and a big advocate of the company.

While TSLA is considered to be mainly an EV manufacturer, the company’s business is heavily tied to lithium and lithium batteries.

Elon Musk, TSLA’s CEO, has also openly said that the EV manufacturer might enter the mining business, mainly due to increased lithium costs. This would further deepen the lithium battery technology connected with the company.

The ETF has nearly $1 billion in assets and charges investors 0.75% in expenses.

Another way to invest in lithium batteries without purchasing a pure play ETF is by buying metal ETFs.

REMX seeks to track the performance of the MVIS®Global Rare Earth/Strategic Metals Index. As the name implies, the fund invests in rare earth metal producers and miners.

Although the ETF does not invest exclusively in lithium, its shared interest could benefit investors. 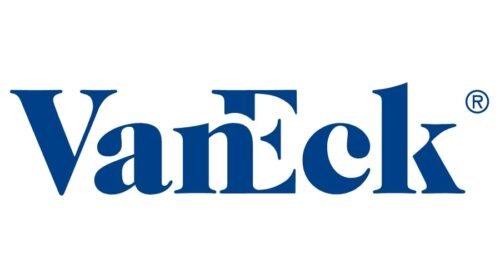 But there is more to it. Rare earth metals are increasingly getting attention as they form a critical building block of our future. The clean energy agenda and critical future technologies rely heavily on them.

Few countries can source rare earth metals, with the majority (60%) coming from China. This has become a geopolitical risk that has western economies looking elsewhere.

Ex-President Donald Trump attempted to purchase Greenland from Denmark in 2019 — pointing to its abundance of rare earth metals.

The scarcity and demand of rare earth metals could push the ETF price and yield performance upwards.

Despite so much going for it, the ETF has failed to deliver performance. The fund has been down considerably since its inception, but that could change in the near future.

This fund could be better suited for investors that want to participate in a more significant segment of the global de-carbonization movement.

The fund manages nearly $5 billion across its 101 holdings, maintaining an impressive AA ESG score. It also features one of the lowest ETF expense ratios on the list, charging a mere 0.40%. 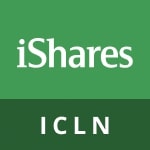 Before the recession, the fund debuted in 2008 and rose as high as $60 per share. However, it has unfortunately been unable to recoup its losses since then.

On a brighter note, it appears that the fund could have cemented a price bottom near the $8 mark. Like many other clean energy plays, its price has been consolidating since its 2021 peak.

Will it continue to uptrend? That’s yet to be seen, but it could, given the macroeconomic sentiment toward clean energy investments.

Are Lithium ETFs a Good Investment?

Lithium ETFs could be an excellent long-term investment considering the positive outlook of the EV industry and the clean energy sector.

The price of lithium has experienced a meteoric rise in recent months, surging upwards of 500%.

Inflation, the rise of EVs, government green thumb incentives, and trade challenges could all be responsible for lithium’s price momentum.

But will lithium prices keep moving the way they have? Or has the metal price topped?

Data shows that the demand for worldwide lithium will grow from 559,000 metric tons in 2022 to 2 million metric tons in 2030. Additionally, the EV industry is set to grow at a CAGR of 22% through the same period.

If the estimates are accurate, it might point toward further growth for the metal.

It might be a good idea to strike while the iron is hot; however, it’s possible that lithium’s momentum won’t fade out.

On the contrary, unless a new technology replaces lithium batteries, it’s possible that the appetite for the metal could endure.

Lithium batteries typically last between two and 20 years. If a replacement is needed, recycled materials or newly mined lithium will be required, ensuring its long-term relevance.

The lithium industry can be complex and challenging to track. Many areas in the production life cycle can be affected by various factors.

Unseasoned investors may find these complexities challenging, so investing in an ETF that covers the entire sector is much easier.

The diversification ETFs provide also provide investors with an added layer of safety. ETFs could also be a better track of a sector’s performance than individual lithium stocks.

The diversification cushion can help protect your portfolio from negative news or bad earnings from individual stocks.

Whether you invest in a lithium ETF depends on your risk tolerance and investment goals.

But now that you know more about lithium ETFs, you might consider adding one (or more) to your portfolio.