As a household name in video games, Bethesda has created some of the most successful franchises in the industry. With its rampant success pumping out cult classics, many traders are wondering if they can include Bethesda stocks in their portfolios.

Long-running games series like The Elder Scrolls and Fallout have made the developer a fan favorite and top dog in the game industry.

But can you invest in Bethesda stocks?

Read on to learn more about the company, whether you can trade Bethesda stock, and what close competitors are worth investing in.

Can You Buy Bethesda Stocks: A Brief History of the Video Game Company

Bethesda Softworks was founded in 1986 by Christopher Weaver in Bethesda, Maryland.

At the time of its creation, Bethesda was a division of the larger company Media Technology Limited that was also founded by Weaver.

The responsibility of Media Technology Limited was engineering research and development, with Bethesda being created to explore the personal computer gaming market.

Bethesda found success and was celebrated with the launch of its first release, Gridiron!.

This game was the first to incorporate variable physics into a sports game, which garnered close attention from Electronic Arts (EA). 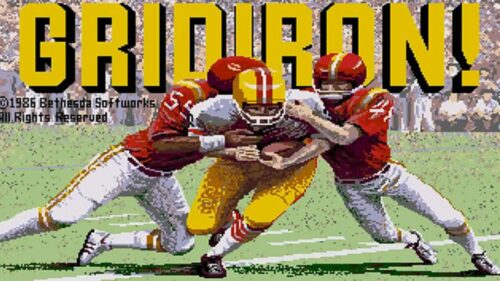 EA contracted Bethesda to assist them with the creation of the first John Madden Football and acquired the rights to any Gridiron! re-releases.

This caused a stir when EA didn’t plan or execute any re-releases the following year, leading to Bethesda taking legal action against the company.

The lawsuit was promptly handled outside of the court.

Following its issues with EA, Bethesda Softworks continued to develop games, knowing that the market was ready for PC Gaming.

The release of this game led to even greater success for the Maryland-based video game company, with the release of a sequel the following year.

Bethesda later had the opportunity to create video games in partnership with movie franchises, such as Terminator and Star Trek.

In 1999, Christoper Weaver went on to create a parent company for Bethesda with business partner Robert Altman.

The name of this parent company, another familiar name in the video game industry, was ZeniMax Media.

A new branch of Bethesda Softworks was created, Bethesda Games Studios, specifically dedicated to the production of new video games under the Bethesda name.

Not long after, Weaver was released from the company, and another legal battle ensued between him and ZeniMax; and again, it was handled outside of court.

Years later in 2007, Bethesda purchased the rights to the Fallout series, another heavy-hitting title in the video gaming industry.

Bethesda acquired Fallout during the development of the third game in the series, taking over for the previous studios.

Then in 2009, Bethesda’s parent company, ZeniMax Media made larger waves with the purchase of id Software.

From that point forward, id Software would be published by Bethesda Softworks.

Bethesda’s willingness to experiment would prove invaluable as time moved on.

Bethesda took the initiative in 2015 to expand its reach to the mobile gaming market with the release of Fallout: Shelter, a free-to-play game based on the successful Fallout series. 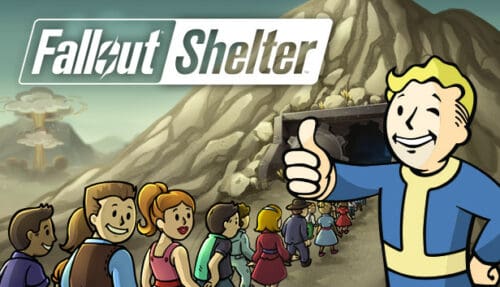 Later, the company announced its intention to reboot the Doom series, one of id Software’s classic titles.

In 2018, the company released Fallout 76, another experimental Fallout title.

The game was intended to be a massive multiplayer online role-playing game (MMORPG) and was highly anticipated.

Upon release, the reception for the game was poor, leading to cries for another mainline Fallout game and wavering of trust in Bethesda.

Fortunately, this blowback didn’t last long, as the company continued its tradition of releasing massive titles and updated Fallout 76 to address criticisms.

Most recently, ZeniMax Media, and with it, all instances of Bethesda, were purchased by Microsoft in 2021.

The tech giant purchased the company and intends to use it as part of the Xbox Games Studios, producing both console and PC games for Microsoft.

The acquisition of ZeniMax by Microsoft was relatively large in the video game world, both in cost and speculation.

With the purchase of the company, fans of the studio began to speculate whether or not this gave the Microsoft Xbox an advantage in terms of console exclusive title releases.

It has yet to be seen, but only time will tell.

Even without the purchase of id Software and some of the most recognizable franchises in video game history, like Doom and Wolfenstein, Bethesda Softworks has had no problems when it comes to producing video games that capture the hearts of fans.

The fans of its two flagship series remain loyal despite any mistakes that have been made in the past.

To give you an idea of the impact that this company has had on the video game industry itself, it’s important to understand just how many hits the company has produced.

In the Fallout series, four mainline console games have been produced since Bethesda’s purchase as well as two spin-off games and two tabletop board games.

The mascot of the series, Vault Boy, is instantly recognizable to most who play games, and the series has inspired numerous releases of related merchandise. 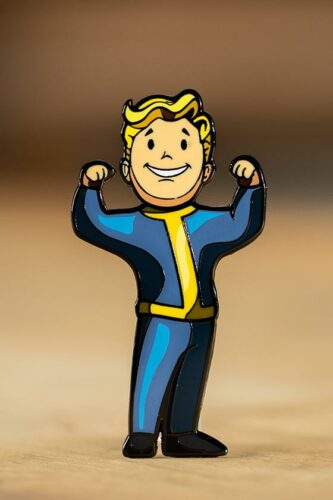 Arguably more impressive than the reputation of Fallout, the company’s flagship series The Elder Scrolls is massively popular and has inherent lore to continue to inspire games for the foreseeable future.

A joke in the gaming community rings true, and fans often jest at Todd Howard’s (a video game designer and producer at Bethesda) willingness to put The Elder Scrolls V: Skyrim on anything that has a computer in it.

The game is currently available on six different platforms and has been available for nearly a decade, and still sells copies.

With a new installment on the horizon, it’s probably safe to say that Bethesda will stay in the news related to the video game industry for a long time to come.

Can You Buy Stocks in Bethesda?

Currently, the company Bethesda Softworks is not publicly traded, nor is its parent company, ZeniMax Media.

The closest way to invest in Bethesda at this time is by investing in Microsoft, as it purchased ZeniMax Media in March of 2021.

If its prior success through obtaining funding via investors remains high, it is unlikely that Bethesda will have an Initial Public Offering (IPO) any time soon.

Bethesda is currently owned by ZeniMax Media, which in turn is now owned by Microsoft and has been made a division of the Xbox Game Studios.

While there are several layers to the ownership of Bethesda Softworks, it’s safe to say that the true owner is now Microsoft, as it is in charge of the overall development from this point forward.

Bethesda Softworks is currently a privately traded company, with no IPO scheduled in the near future.

Therefore, we do not currently have a Bethesda stock price available to us, as the company shows no signs of wanting to change its private status.

Can You Buy Bethesda Stock: How Much Is Bethesda Worth?

As of 2021, it is estimated that Bethesda Softworks is worth roughly $3 billion.

This worth alone justifies the purchase price of ZeniMax that Microsoft paid; $7 billion.

Bethesda Stocks: Bethesda Competitors You Can Invest In

While you may not be able to invest in Bethesda, there are competing companies with high-value stocks worth investing in.

Here are a few of our picks. 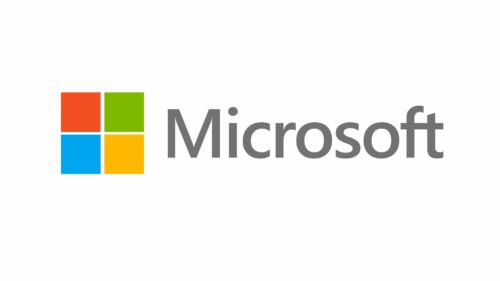 Not quite a competitor anymore, but rather the new owner of Bethesda through its purchase of ZeniMax, Microsoft cannot be forgotten on our list of investing options.

If you are looking to invest in Bethesda stock, purchasing shares of Microsoft is the closest you can get at this time.

The company currently has about 181,000 employees.

Microsoft’s stake in the video game industry with the Xbox and its operating system software makes the company a stable investment.

Microsoft’s procurement of ZeniMax, and in turn Bethesda, made waves in the industry, and big things are expected to come out of the partnership. 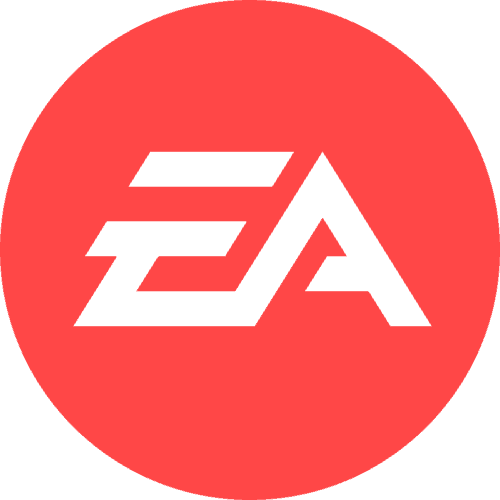 The second-largest video game company in North America, Electronic Arts is a viable option for anyone looking to invest in a game Goliath.

EA is a direct competitor of Bethesda, producing some heavy-hitting franchises that rival the Elder Scrolls series.

The company is currently worth an estimated $24 billion, with growth to come as it continues to innovate and produce hits.

In line with the role-playing games that Bethesda is so well-known for, EA produces titles that directly compete with both the Elder Scrolls and Fallout franchise.

Another game that feels medieval at its core, with monsters and magic, EA makes the Dragon Age series, which is a popular choice in the fantasy genre for those who don’t particularly enjoy Bethesda’s games.

Then, in the science fiction genre, it has both Dead Space and Mass Effect, allowing players to choose a game that’s more horror-based or adventure-based.

EA has all the bases covered. 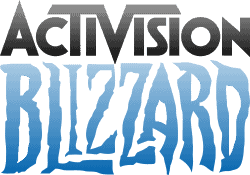 Yet another gaming giant, Activision Blizzard has been dominating the online gaming industry for more than a decade.

The company behind the franchises Warcraft and Call of Duty, Activision Blizzard has proven time.

The company is currently worth an estimated $72 billion.

Most likely the inspiration for the failed Fallout 76 MMORPG, Activision Blizzard controls the title World of Warcraft.

This title is arguably the most popular MMORPG of all time, having over 110 million subscribers, all of whom pay a subscription fee to play the game monthly.

Activision Blizzard is a company to invest in while you wait for a Bethesda IPO.

In the same line as investing in Microsoft, investing in Sony for its reputation in the video game industry is a sure bet.

Sony produces the PlayStation product line, with five home consoles having been released as well as several handheld consoles.

Sony is currently valued at $95 billion.

Sony Interactive Entertainment, Sony’s division dedicated to the development of the PlayStation and in-house titles and has seen massive success in both Japan and North America as well as the rest of the world.

Sony often works with other franchises, including its work with Marvel on the Spider-Man series of games.

Though, the company has also created its own properties, such as Horizon Zero Dawn and God of War, which are two massively popular role-playing games.

Bethesda has proven itself to be a giant in the video game industry time and time again, only growing and innovating as time goes on.

By taking its original series, The Elder Scrolls, and bolstering its lineup of games through means of procuring other franchises, Bethesda has become the video game production studio to contend with.

Innovation and a willingness to listen to its customers have built an exceptionally loyal fan base worldwide.

Additionally, you can invest in comparable competitors, such as Electronic Arts, Activision Blizzard, or Sony Interactive Entertainment.

If Bethesda continues to receive funding from investors, and now its parent company Microsoft, it’s unlikely that we’ll see an IPO for them anytime soon.

Check out our answers to the most frequently asked questions about owning Bethesda stock.

Is Bethesda Owned by EA?

No, Bethesda is not owned by Electronic Arts (EA).

Yes, Microsoft bought Bethesda through the purchase of its parent company, ZeniMax Media.

Microsoft closed a deal to acquire Bethesda’s parent company for $7.5 billion in March 2021.

The company still owns Bethesda to this day.

What Stocks Are Bethesda?

You technically own a share of Bethesda by owning stock in Microsoft.

The stock symbol for Microsoft is MSFT.

What Is Bethesda Net Worth?

Bethesda’s net worth is in the ballpark of $3 billion as of December 2021.