Can Floki Inu Hit 1 Cent? Here’s What You Need to Know 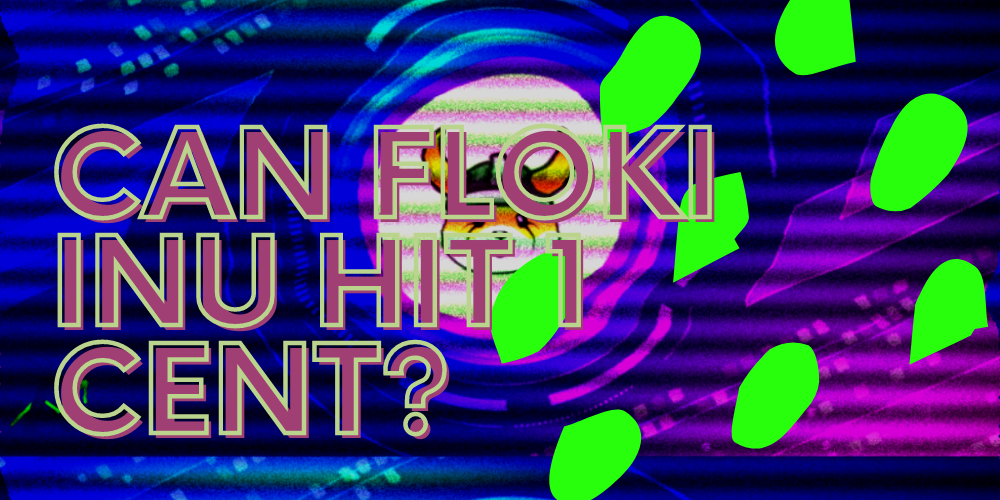 Can Floki Inu hit 1 cent? Read along to find out.

Dog-inspired meme coins became a bizarre yet exciting trend in the cryptocurrency market in 2021.

The trend was welcomed among crypto enthusiasts, as it provided a break from the seriousness initially associated with older Crypto coins in the Bitcoinscircuit, like Bitcoin and Ethereum.

Since its launch, the Floki Inu coin has been rocking the waves, as Crypto traders try to get in as early as possible.

But can Floki Inu hit 1 cent? Read on for our take! 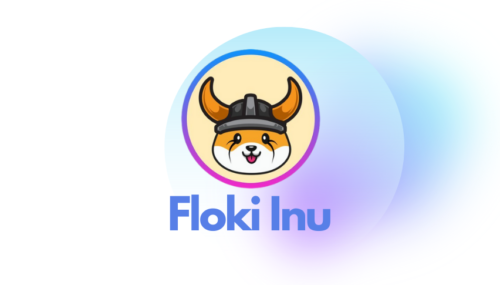 The creation of Floki Inu was inspired by Elon Musk’s tweet on 25th June, saying that he would adopt a Shiba Inu dog and name it Floki.

The success of a predecessor meme coin known as DOGE set the stage for developers to create more dog-themed coins.

While many of these projects hardly make it to the spotlight, some, like the Shiba Inu (SHIB), took the cryptocurrency exchange market by storm.

It exceeded DOGE on the top 10 largest crypto coins by market cap.

Around June 2021, another dog-themed crypto coin called Floki Inu Token (FLOKI) emerged, hoping to overtake both DOGE and Shiba Inu coin as the most popular meme coin in the crypto market.

A team of developers swung into action shortly after, taking advantage of Elon Musk’s ability to hype and influence the value and price of existing meme coins.

By September 2021, when Elon Musk finally adopted the Inu puppy, the Floki Inu coin was already in the crypto trading market.

It indicated on the website that it is “the ONLY Crypto project officially partnered with DOGEfather’s brother Kimbal Musk’s Million Garden’s Movement.” 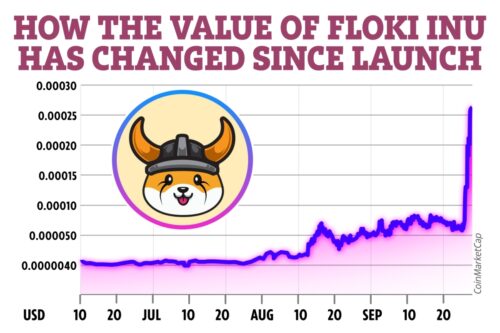 With its large community known as Floki Vikings, Floki Inu aims to rise to the top 10 cryptocurrency tokens in the market.

The success of a predecessor meme coin known as DOGE set the stage for developers to create more dog-themed coins.

While many of these projects hardly make it to the spotlight, some, like the Shiba Inu (SHIB), took the cryptocurrency exchange market by storm.

It exceeded DOGE on the top 10 largest crypto coins by market cap.

However, around June 2021, another dog-themed crypto coin called Floki Inu Token (FLOKI) emerged, hoping to overtake both DOGE and Shiba Inu coin as the most popular meme coin in the crypto market. 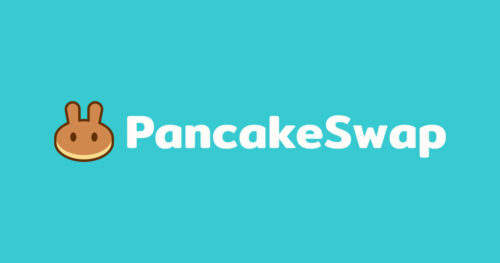 The current market capitalization of Floki Inu is roughly $2.5 billion.

The coin is currently trading around $0.0002 per Floki token, a relatively large market cap for a low price per token.

If the price hypothetically climbs to $0.01, the total market cap would increase to $125 billion.

This would put Floki Inu at the top 3 cryptocurrencies by market cap.

From the beginning of October to December 2021, Floki Inu has seen a sharp rise in trading volume.

We will base our price prediction on a technical analysis based on money flows, the history of the internet, and technological companies.

The meme coin could rise to $0.0002350 by the end of December, representing a 44% increase above the current price.

The price of Floki Inu is predicted to reach at a minimum level of $0.00020592 in 2022, and continue to rise slowly overtime for the next few years.

It is important to note that the crypto market is currently seeing a downward trend.

The market would need to stabilize for these predictions to hold — even if it does, there are still no guarantees due to the volatile nature of crypto.

While it is technically possible for this coin to hit one cent, it’s not probable.

Though, it could still capitalize on the hype to see spikes in value.

Most cryptocurrency depend on social media’s hype to increase market capitalization.

While FLOKI is no different in that regard, the developers are working to attach value and utility to guarantee longevity and stability.

These projects could attract more FLOKI holders and traders, which will obviously cause the coin’s price to keep rising.

Is Floki Inu a Good Investment?

To understand whether Floki Inu is a good investment, let’s take a closer look at the three offerings that the token is bringing to the table. 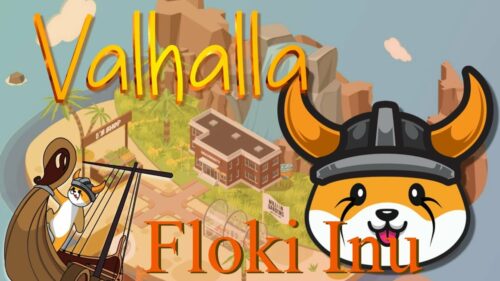 Valhalla is still under development and is set to launch in 2022.

The Floki Inu token will power the gaming metaverse, and anticipation is already rising from Floki holders and NFT gaming enthusiasts.

Given that these coin developers are working to offer utility, it is possible that Floki will increase in value over time.

Regardless, cryptocurrency is characteristically volatile, and their value can change at a moment’s notice.

So while it COULD be a good investment, only time will tell.

According to the Floki Inu Website, the developers are already creating a fully functional crypto e-commerce platform to enable traders to exchange various collectibles, merchandise, and NFTs, using Floki Inu as the main native currency.

This online marketplace is expected to officially roll out before the end of 2021.

The Floki Inu team intends to build a de-facto platform where cryptocurrency investors, community, and enthusiasts can visit for crypto educational purposes.

They plan on developing the Floki Inuversity into a platform with the largest database of crypto content.

Users will be able to access it using Floki Inu tokens as a means of payment.

How Floki Is Building Investor Awareness

Floki’s team is actively involved in its global marketing campaign, with several FLOKI ads strategically placed in different states across the globe.

For example, the project’s ads are already up on the London Underground train facilities, with 300 London buses displaying the quote “Missed DOGE? Get $FLOKI.” 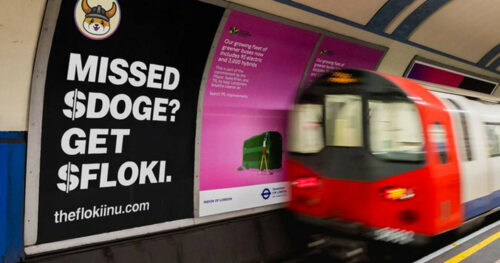 It is important to note that, like any new cryptocurrency, Inu Floki is volatile.

In other words, it is critical to exercise caution and never invest more than you can afford to lose on such investments.

When doing your due diligence, you might want to research and compare opinions expressed by different financial experts.

You may also want to talk to a financial advisor for more insights.

Floki Inu could reach one cent, but it’s not likely.

The coin would need to end up in the top three coins to see a price this high.

That being said, we still could see some real growth from Floki Inu if it can continue to grow its dedicated base of holders.

One way it does this is by developing a wide range of offerings.

Finally, more than just depending on hype, Floki Inu goes a little further to ensure its longevity.

These values and incentives could strengthen a strong community of holders and encourage investors to join the Floki Vikings community.

Check out our answers to the most commonly asked questions about Floki Inu.

As far as meme coins go, Floki Inu is not fake.

It’s a real coin that is making attempts to add future utility with a variety of projects in the pipeline.

Many investors will have more confident on the coin if it is added to major exchanges.

Currently, there is virtually no way that Floki Inu can reach one dollar, as 1 cent is already unlikely.