Can Shiba Hit 1 Cent? Is This Meme Coin Worth The Risk? 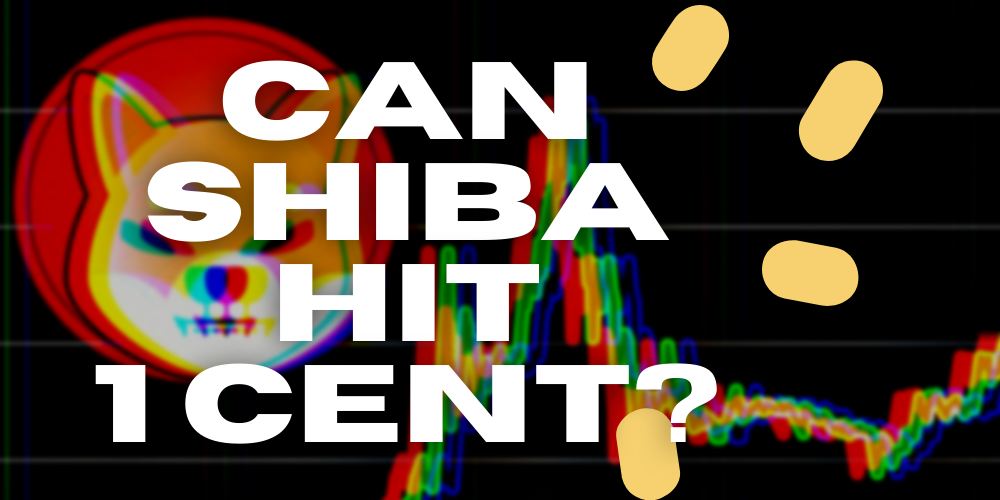 Can Shiba hit 1 cent? Read along as we give you the rundown on everything you need to know about SHIB and whether this canine crypto coin really has the potential to reach $0.01.

Shiba Inu (SHIB) tokens have surpassed a groundbreaking record of a 1,779,845% rise in value within a mere 13 months.

With the recent surge in Shiba Inu’s price, investors and onlookers are wondering, “Can Shiba hit 1 cent?”

Cryptocurrency investors are optimistic that the meme coin token price will soar even more soon, but only time will tell.

Today, we’ll look into the history of Shiba Inu, whether it can reach 1 cent, and whether it has potential as an investment. 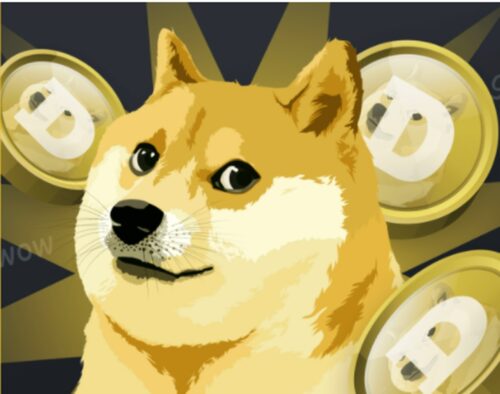 What Is the Shiba Inu Coin?

Shiba Inu is a crypto coin based on the Ethereum network that kickstarted the meme coin frenzy.

The crypto market cycles exploded during the early days of the pandemic, and the momentum is still driving cryptocurrencies to record highs — though it has slumped recently.

Certain meme coins were propelled into the spotlight by none other than Tesla founder Elon Musk.

Musk sent out a flurry of tweets about Dogecoin, a meme crypto coin created as a joke toward cryptocurrency giants like Bitcoin.

Within no time, crypto speculators bought into DOGE, which made its market price soar to astonishing heights.

In August 2020, an anonymous developer created the Shiba Inu coin, named after the same dog that represents Dogecoin’s theme.

While, initially, the coin gained some attention from investors, it stayed mostly in the background.

However, in September 2021, Elon Musk tweeted a picture of his Shiba Inu puppy, which prompted cryptocurrency investors to buy into Shiba Inu tokens, a move that helped skyrocket the price by 38,461,400%. 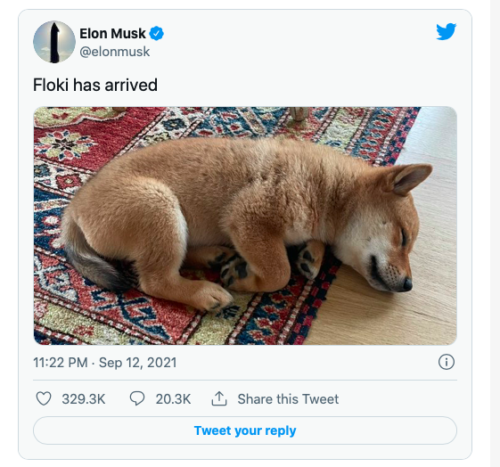 While the Shiba Inu registered trademark is a clear spin-off of Dogecoin’s theme, there is an ongoing rivalry between the two coins.

SHIB is now famously known as the “Dogecoin killer”.

Unlike Dogecoin, which was initially intended to be used for tipping, creators of the Shiba Inu coin placed a “decentralized exchange” around the meme coin and other tokens.

This process is called the ShibaSwap. 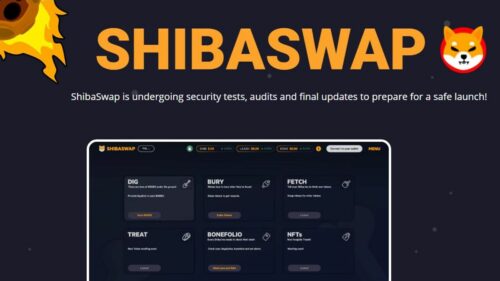 Other than that, the actual intent of Shiba is unclear.

However, the lack of a clear purpose has not stopped the meme coin from accumulating real market value.

On the contrary, the perplexity and speculative nature of the crypto coin have added to Shiba Inu’s popularity.

While many Shiba Inu coins have been burned in the past (about 41% of the total supply), these have been mostly manual burns.

Though, the SHIB team also has projects in its pipeline to increase the burn rate of its coins. 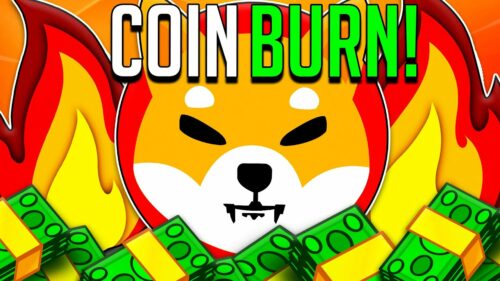 Incredibly, in 2021, less than a year after its launch, SHIB reached a 30,000,000% increase, making many SHIB whales instant millionaires.

SHIB has seen immense popularity and a surge in price in the past year.

Most predictions point to the coin seeing slow but decent growth over the long run, albeit with a few drops in price here and there.

However, it could still possibly surpass previous highs by the year 2025.

According to some predictions, like one from WalletInvestor, Shiba could actually be a profitable investment.

Based on these same calculations, WalletInvestor analysts predict that the price of Shiba Inu might reach $0.000061 in five years’ time. 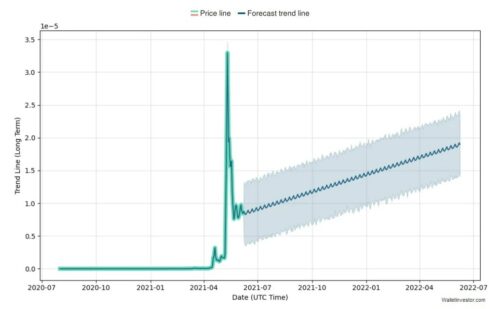 Keep in mind, however, that the volatile nature of cryptocurrency, especially that of meme coins, makes it very difficult to accurately predict the trajectory of the token.

The answer to the million-dollar question is probably not.

As it stands, SHIB coins are pretty unlikely to reach or surpass the one-cent mark for a variety of reasons:

These factors could give us a good idea of what it would take for SHIB to reach the one-cent mark.

Market cap is calculated by multiplying the current circulating supply by the current price.

Let’s look at Bitcoin for comparison:

So if Bitcoin represents 43% of the market with 1.15 trillion, the market total is well over 2 trillion.

This means that Shiba would have to more than double the total amount of money invested in crypto to get to one cent.

The popular meme coin would need to burn the majority (over 99%) of its circulating supply.

Basically, the capital required for the coin to reach $0.01 is so great, it makes it very unlikely that Shiba Inu will reach one penny.

If the coin can implement a way to regularly burn coins, one cent may become more realistic.

Is Shiba a Good Investment?

SHIB could be an attractive investment opportunity for risk-takers, as some have made hefty profits

Though, historical performance is not an indicator of future performance.

Also, timing is everything.

According to Jonathan Cheesman, the head of institutional sales at Crypto-derivatives Exchange FTS, memes have value, as they have been an investable thesis since the beginning of 2021.

However, it may not necessarily be a good bet for the long term because, just like other cryptos, SHIB is susceptible to major price swings.

Given the meme coin’s volatile nature, you could lose everything.

As it stands, it’s unlikely that Shiba will reach or surpass the one-cent mark.

In fact, it is not only far-fetched, but nearly impossible for it to do so.

With that said, the lower entry price and popularity of the coin could continue to attract more holders, which will obviously grow the network and active wallets.

Investing in the Shiba Inu token comes with major risks due to its extreme volatility.

However, as with other tokens of this kind, its success is a bet based on a community rather than a technology.