Read along to find out our picks for the best desalination stocks to buy now.

Investing in desalination stocks goes beyond generating passive income — it is also betting on global sustainability.

Water scarcity is one of the significant challenges of the twenty-first century.

Water usage is scaling at a breakneck pace, while climate change, lack of water access, water stress, and unequal distribution of this precious resource worsen the problem.

Supporting publicly traded desalination and water companies is an active way of mitigating these issues.

Businesses can use the investments to build and upgrade water infrastructure and finance research and development of water treatment technologies.

But which water stocks are worth a closer look?

Read our list of the top desalination stocks to buy to find out.

Veolia Environnement is a French multinational company that invests heavily in essential utilities, such as drinkable water, and renewable energy in over 45 countries.

It also provides solutions that champion ecological transformation in the age of digitalization.

Although Veolia offers many sustainable-centric services, one of its core products is wastewater treatment for industrial companies, including material recovery and reuse.

These two make investing in Veolia Environment lucrative, with Fortune Business Insights revealing that the global wastewater treatment market could grow to over $450 billion in 2028, mainly due to stricter environmental policies. 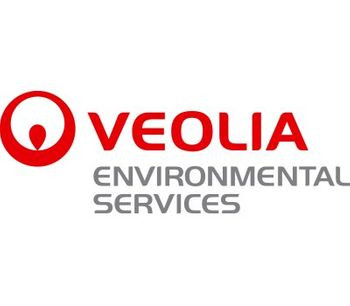 The French waste treatment and water management company used to be small by industry standards until it purchased GE Water for over $3 billion in 2017, eventually making it the third-largest water company in the world.

With its enhanced portfolio, it now serves at least 50,000 industrial and municipal customers globally and provides 114 million cubic meters of desalinated water daily.

The concept is still young and expensive, but GE has already built the infrastructure to make it mainstream and sustainable, such as the Hama desalination plant in Africa.

Investing in Suez water stocks also lets you capitalize on GE’s renewable energy solutions, so your shares could have a lot of room for growth, thanks to these two companies. 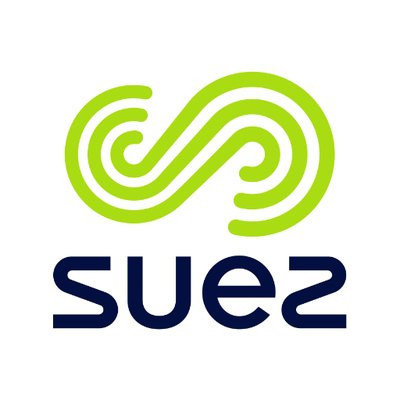 It sells pressure exchangers that feature a micron-level clearance that efficiently transfers low and high-pressure fluids through the chambers, while the centrifugal pumps support multi-stage filtration systems.

These technologies can drive these desalination companies’ production and energy costs down, hopefully allowing these businesses to pass on the savings to their customers.

It also allows the business to take advantage of the growth of the desalination equipment market, which could achieve a compound annual growth rate of over 7% until 2028.

By the end of the forecast period, Energy Recovery’s revenues could hit around $22 billion, according to Grandview Research.

With innovations that can pave the way for the industry’s exponential growth, investing in Energy Recovery water stocks could be a solid play. 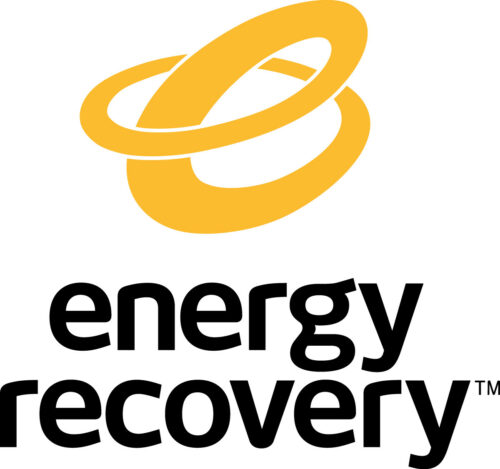 American Water Works is a multi-awarded company that owns wastewater utilities and distributes over a billion drinkable and desalinated regulated water daily to commercial, residential, and industrial customers in 24 states.

The largest publicly traded water company in the United States is also financially stable, consistently paying dividends for over a decade.

According to Entrepreneur, these dividends have been increasing by 10% for the past eight years.

Its payout ratio is 61%, which could make AWK an excellent source of passive income.

A significant reason for investor confidence is expansion and infrastructure improvement.

The same subsidiary is also investing $1.4 million to change over 2,000 feet of aging main in the state to help rehabilitate the water infrastructure that serves over 100 communities. 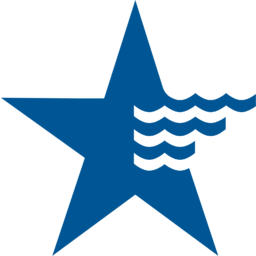 The California Water Service is a large public utility company that provides unregulated and highly regulated water services to over 100 communities and 2 million people.

Although it has headquarters in San Jose, California (under Cal Water), it also serves other states like Hawaii, Washington, Texas, and New Mexico.

Investing in its water stocks could be attractive for many reasons.

First, these states have huge populations (California alone is home to almost 6% of Americans), and the numbers will only increase due to migration and natural births.

Further, water is a scarce resource in many of these areas due to frequent droughts and desert landscapes, so the demand for public utility water companies with sustainable approaches is high.

Lastly, reports show that about 80% of its investments come from institutions possessing excellent liquidity and financial stability and capability. 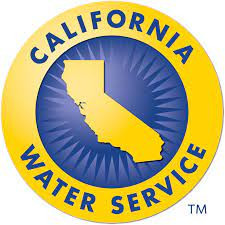 Top Desalination Companies to Invest In

One of the most popular water stocks is from Xylem, an American multinational company that serves over 100 countries, one of the largest of its type in the world.

It offers applied and infrastructure water solutions to the government, commercial, residential, and industrial sectors.

The primary strength of Xylem is the variety of its products and solutions, allowing customers to match their needs with the available services.

For example, in its partnership with Dutch Dunea, Xylem has developed a unique advanced oxidation process that removes bromide from the drinking water and reduces micro contaminants by 90%.

Its underwater vehicle under the YSI brand has innovatively helped Clear Lake researchers track and understand algal blooms in the area.

The diversity of the offerings could be attractive to water users that need to balance sustainability with cost savings and efficiency. 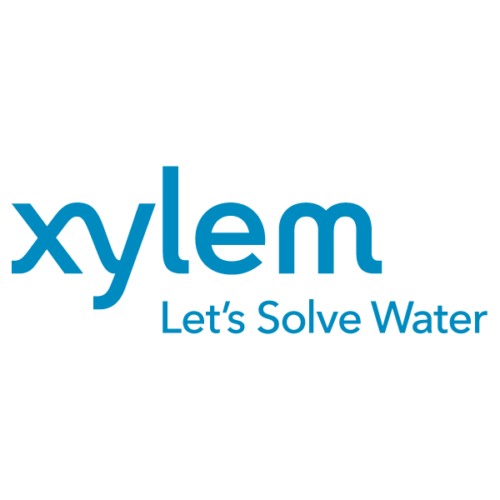 Under its Aqua brand, Essential Utilities offers wastewater treatment and drinking water distribution to its market of 5 million customers in ten states.

The consistent upgrade of its facilities and investments in innovative technologies also boosts its water production to over 85 billion gallons annually.

The company is also busy expanding its portfolio by acquiring other assets, which could make today an excellent time to invest in its water stock.

These include Beaver Falls’ municipal wastewater system and Southern Oaks through its subsidiary Texas Aqua.

It runs a new state-of-the-art laboratory that employs chemists and microbiologists who test daily water samples. 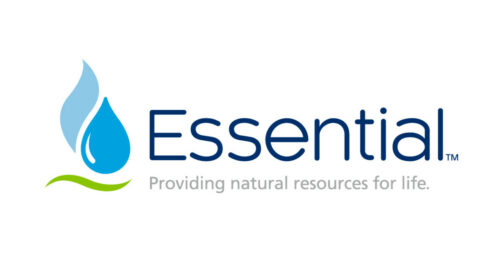 Based in the Cayman Islands, Consolidated Water Company is one of the few publicly traded pure-play firms, which means its business revolves around one primary product: clean, desalinated water.

It runs a water treatment facility in the United States and production plants at its headquarters, the British Virgin Islands, and the Bahamas.

At first glance, it seems Consolidated Water’s solutions are severely limited compared to Economic Recovery and California Water Service, among others.

However, investing in the pure-play company could still make sense.

First, it means that the company can concentrate its resources and expansion on an in-demand commodity that generates millions of revenues annually.

Second, it allows Consolidated Water Company to tap and grow its portfolio in underserved markets. 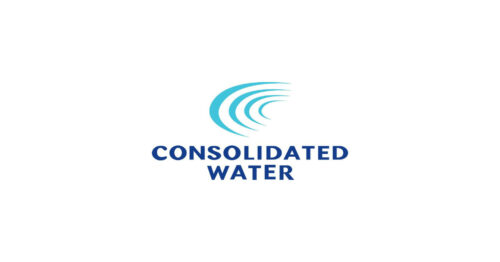 York Water is an investor-owned public utility company engaged in the purification and distribution of water in 51 municipalities across three Pennsylvania counties.

It’s also involved in the collection and treatment of commercial and industrial wastewater.

York Water also continually grows its portfolio, such as the acquisition of West Manheim Township in January 2022.

One of its biggest projects is the rehabilitation of the Lake Williams Dam, which will extend the structure’s life by over 100 years, making it more capable of handling population growth. 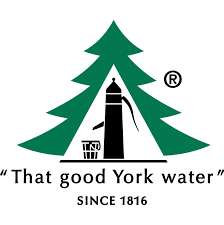 Unlike other companies on this list, the Middlesex Water Company seems to have a limited reach, serving only New Jersey and Delaware.

However, it operates many regional affiliated subsidiaries, most of which work on improving the aging infrastructure in real estate developments and small communities.

The company has over a hundred years of experience in providing unregulated and regulated water services to thousands of customers and has consistently ranked as one of the fastest-growing publicly traded water companies over the past few years.

The water firm is also legally compliant and an active participant in the community, including changing lead and galvanized pipes to copper by 2031 to improve water quality and safety in New Jersey.

Middlesex Water Company may be small, but it possesses vast experience in the industry and continues to innovate.

Also known as desalinization, desalination is the process of purifying seawater into drinking water.

In reverse osmosis technology, high-pressure pumps force water through a membrane to allow the salt and some contaminants to be removed from the resulting fresh water.

In multi-stage flash distillation, seawater is heated in chambers under low pressure, allowing pure steam (water vapor) to pass into a separate chamber where it is collected as distilled water.

The result is that you can clean the very same high-capacity resin in your ion exchanger with twice as much brine (saltwater) and get double the amount of fresh, drinkable, clean water. 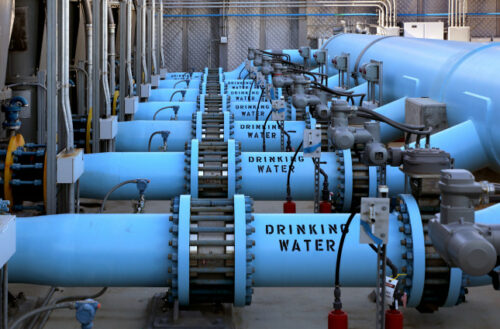 In turn, desalination becomes an obvious solution to one of the pressing humanitarian problems: water scarcity, which affects about two-thirds of the global population.

Is Water Desalination a Good Investment?

Desalination stocks could be a good investment if you’re looking for shares in a stable market.

For investors, this means that desalination stocks are unique because their demand will only increase over time as population figures keep rising exponentially.

These stocks also make great dividend stocks since they often have long-term agreements with municipalities that require them to meet a certain amount of capacity, usually set at around 85% or higher.

This is to ensure that the municipality can rely on the desalination plant to produce water at a fairly high rate if something happens.

The expansion potential of these stocks is also high, with most companies often building new desalination plants and using older ones as regional hubs for water distribution.

Water desalination plants are also built to last for decades, with a long life cycle.

With the demand for fresh water rising with every passing day, these shares could offer investors a way to bridge their portfolios to impressive returns in the not-so-distant future.

Still, you should do your own diligence before picking up any desalination stocks, including the ones on our list.

Although 75% of the earth is water, less than 2% is fresh water.

As the population increases and climate change worsens, the already scarce resource becomes even more finite.

Desalination technology is not new, but it remains one of the most cost-effective solutions to global water insecurity.