Goya Foods, Inc. is a triumphant tale of determination and financial savvy.

Founded in 1936 in New York City by the immigrant Unanue family, Goya has become one of the world’s most well-known food brands in the U.S. and many other Spanish-speaking countries, like Mexico, Puerto Rico, Spain, and the Dominican Republic.

Although practically everyone knows about Goya, those trying to invest in the company will have a hard time doing so.

Because of its closed ownership style, investing in Goya is almost impossible.

Read on for a closer look at what it takes to get Goya stock and explore what makes this food brand so popular.

We are also going to provide you with a list of competitor stocks similar to Goya Foods.

The History of Goya Foods

The Dream of Immigrants

Goya Foods first began as “Unanue and Sons” and was founded in 1922 by Prudencio Unanue Ortiz.

He originally immigrated to Puerto Rico, where he met his future wife, who was a Spanish immigrant just like him.

Once they moved to New York City, the couple opened a small family store and then changed their business model to selling wholesale products in the middle of the 1930s.

The company changed its name to Goya when Prudencio purchased the name from a Moroccan sardine company.

He did this because he was afraid that most American customers would find his last name too difficult to pronounce. 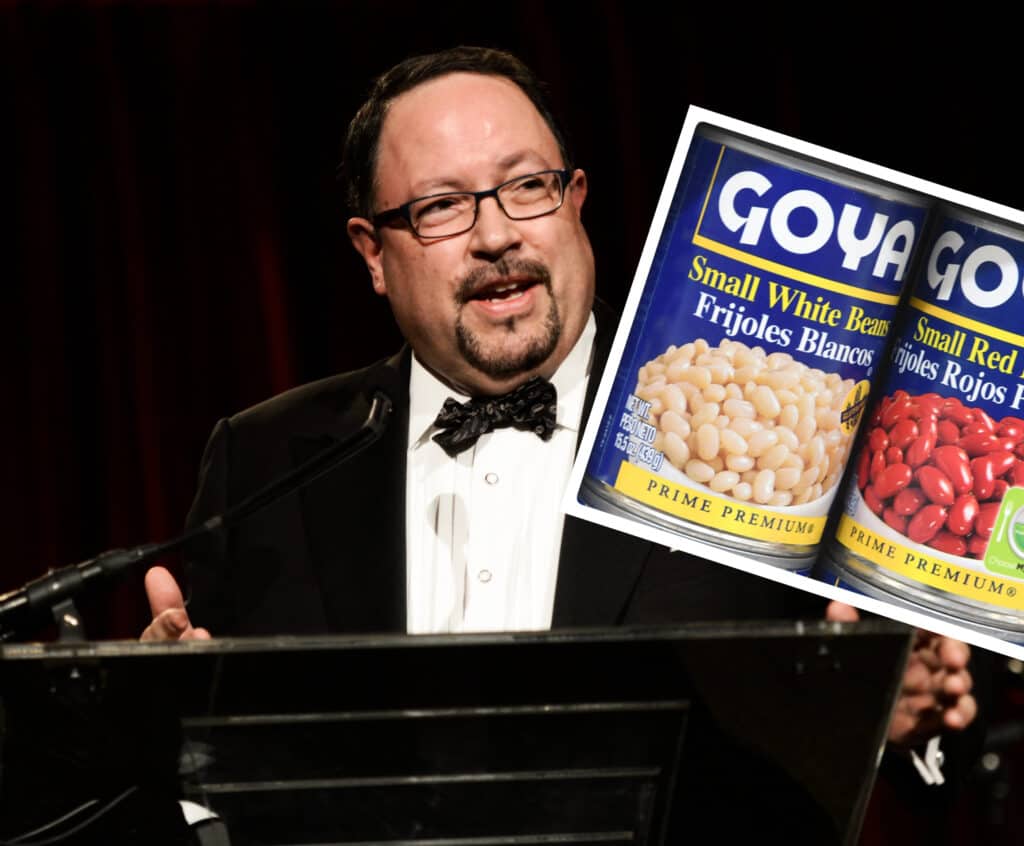 Growth Into a Food Giant Under a New Goya Foods CEO

Goya remained fairly small until 1976 when the patriarch Unanue died.

The company was left to the sons Anthony, Joseph, Charles, and Francisco.

Together, the brothers expanded the company, particularly under Joseph A. Unanue’s leadership.

By 1998, for example, Goya’s production had expanded to include making 800 different food items.

This expansion and offered products led to $700 million in revenue, cementing Goya as one of America’s most important food companies.

However, things did not remain ideal forever.

Goya’s stability declined in 2014 when Joseph was ousted as the Goya Chairman because family and board members disagreed about the company’s general direction.

Even so, Goya’s profits eventually grew to $1 billion in revenue by 2014.

Additionally, Goya recently came under fire by many media corporations.

Robert Unanue publicly voiced his support for President Trump in July 2020 during the White House round table discussion, calling his actions “blessed”.

Many saw this as a political act and took to Twitter and other social media platforms to express their dismay.

Robert’s open comments led some to call for a boycott of Goya products, including figures like Alexandria Ocasio-Cortez.

Many in the Hispanic community also rallied around the food producer on social media.

The media frenzy surrounding the White House incident with President Trump lasted for some time before fizzling out.

The company received significant publicity since the date of the incident at the White House throughout July 2020 and after. 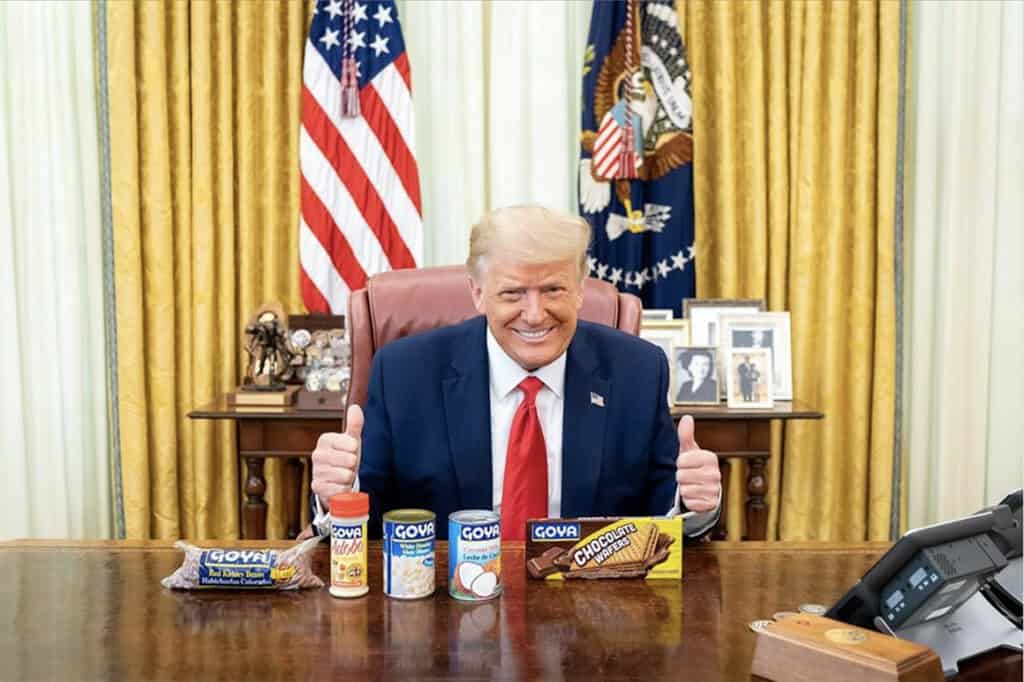 As the quotes of Goya Foods CEO Robert Unanue’s view spread, the Hispanic community and Fox continued to rally around the company, minimizing the effect of the boycott.

Later, Robert was silenced by Goya’s board of directors when he openly voiced his opinion on the TV channel Fox that the election had been rigged.

Ultimately, it may have been a good thing that Goya did not have shareholders during these controversial times, as they may have ousted Robert for his political support for President Trump or from pressure from figures like Ocasio-Cortez.

If its stocks had been publicly traded, its market price would have almost certainly dropped significantly.

Some shareholders may have fled, as the optics surrounding political disputes and the boycott are not good for business.

But since the company is still privately owned, there have been few repercussions for the current owners.

Can You Buy Goya Stock?

No, unfortunately, you cannot purchase Goya Foods, Inc. stocks at this time.

Goya is under the third generation of ownership within the founding Unanue family.

Because of this, you can’t find Goya on either the NASDAQ site or NYSE stock market, and it doesn’t have a stock symbol or price.

This almost changed in 2019 after news of some disagreements among chief executives and Unanue family members, which made Goya consider selling itself out to The Carlyle Group.

But the company ultimately decided to remain private, as they had for nearly 100 years previously.

If you want to invest in Goya, the only real way to do so is to purchase one of their facilities or become a major manager of the company.

There is no current indication that Goya is looking to go public anytime in the future.

The Unanue family may wish to keep the company firmly within their control for as long as possible.

However, as seen with the above near-sellout to The Carlyle Group, this could change depending on what the next CEO decides or how the Unanue family’s opinions shift.

Goya is owned by the Unanue family, as it has been ever since the day of its founding.

The founder was Prudencio Unanue Ortiz, who is an immigrant from Valle de Mena in Spain.

The current Goya Foods, Inc. CEO is Robert Unanue, who has been the company’s chief executive ever since 2004. 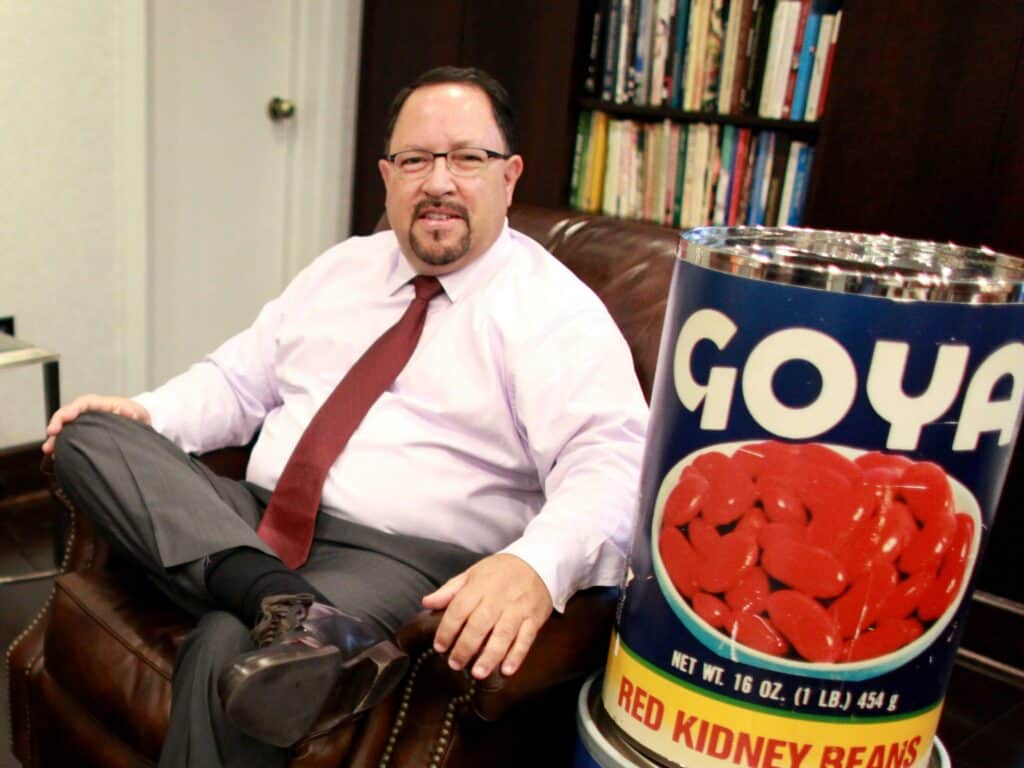 Many of Unanue’s executive chiefs or major personnel likely own some amount of the company, although it is not known how much.

Based on all available information, most of the controlling shares and company interests are still held by Unanue family members.

What is the Goya Stock Price and Symbol?

Goya doesn’t have a stock price or symbol as it is not listed on any stock exchange.

However, should the company decide to make a public offering, it will gain a new symbol and price based on investor interest and economic data at the time of the offering.

Why is Goya Successful?

At its core, Goya is a major food brand with a great deal of product diversity.

In fact, it sells multiple staples that form the core of classic American and Mexican cuisines, including beans, rice, cooking oil, and seasonings.

Its products address the needs of a variety of cooking styles and recipes.

Today, you can search for 2200 affordable and tasty products on its website.

Because Goya provides staple cooking ingredients, odds are anyone who puts together a home-cooked meal uses at least one Goya ingredient, such as black beans or rice.

The ubiquity of these ingredients means that Goya plays an unconscious but important role in most American families’ kitchens.

Goya is also successful in part because of its food quality.

It recently hired new employees and opened new facilities for manufacturing and distributing its products in places like New Jersey, Texas, and California.

There is also a major manufacturing facility in San Cristobal in the Dominican Republic, allowing the company to directly source its ingredients, like corn and beans, from the fields where they are grown.

Goya’s success and cultural impact has also likely been assisted by the appropriation of its imagery and logo by many contemporary artists, such as the Cuban-American Ric Garcia, the painter John Kilduff, and the sculptor Alexander Mijares.

These artists have inadvertently helped the Goya brand become a fixture in the collective mind of the American public.

While you’re waiting for more news about Goya, there are other food companies you can invest in whether you want long-term dividends or stable growth.

Campbell’s Soup is arguably just as well-known as Goya, as it is famous for its canned soup products and canned meals.

It is based in New Jersey and is also a major parent company behind many other brands, like Pepperidge Farm, Swanson, and V8.

All of these subsidiary companies contribute to Campbell’s value.

Campbell has also gotten recent attention from major investment from analysts, such as Scott Mushkin of R5 Capital.

Mushkin found that Campell’s management team had made significant improvements to cut down costs and boost production efficiency over the last year, allowing them to remain a major player in the food industry even in the wake of COVID-19.

Currently, Campbell shares can be purchased on your favorite broker site for $42.23. 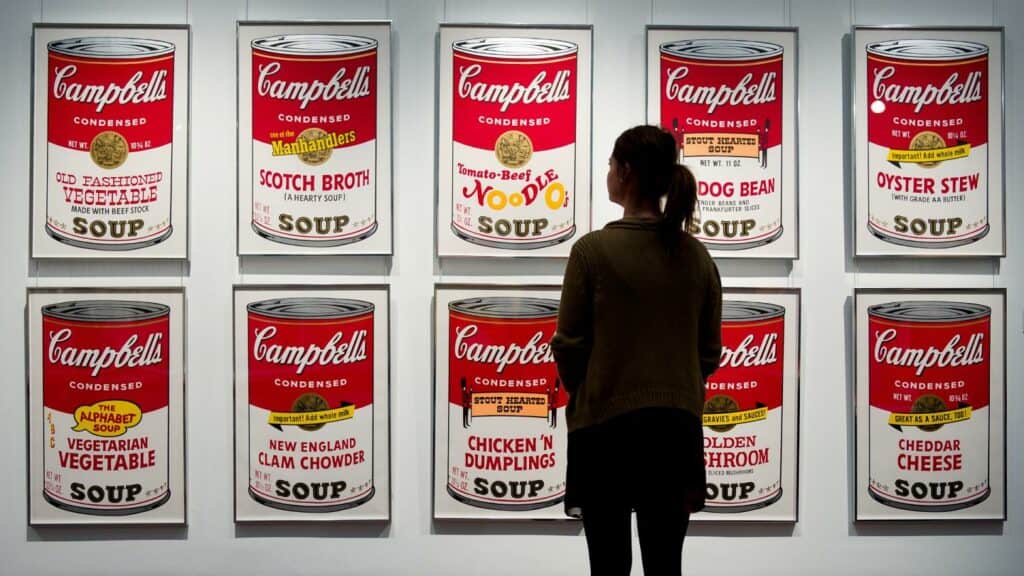 A major player in the American food industry, this Michigan-based company is most well-known for its breakfast cereals and other convenience foods, such as Eggo Waffles and Frosted Flakes.

Kellogg reported a growth of 4.5% in the third quarter of 2020, indicating strong signs of improvement and excellent returns even during the pandemic.

Furthermore, Kellogg’s economic profile shows that it’s on pace to grow rapidly in regions like Latin America and Asia.

Shares for Kellogg can currently be purchased on a broker site for $62.51.

Kraft Heinz makes many of the most popular foods and beverages in all of North America, and the company sees high regular annual revenue streams totaling $25 billion, at least according to 2019.

Furthermore, the third quarter of 2019 saw the company enjoy a 10% sales boost over that timeframe.

This indicates that Kraft Heinz is improving its market dominance over time rather than stagnating like many other large food companies.

If that isn’t enough, Warren Buffett’s investment firm Berkshire Hathaway owns well over 300 million shares of Kraft at the time of this writing.

That shows that Buffet himself is convinced of the value of holding Kraft Heinz shares over the long term.

Currently, you can pick up shares for this food company for $36.94. 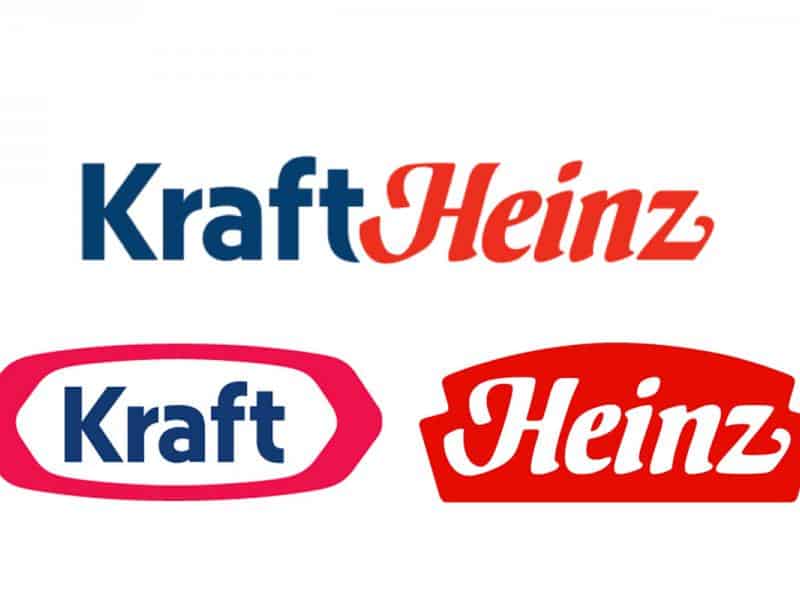 The Goya Foods’ story is one of many twists and turns, but also one of endurance.

Despite some controversy surrounding comments made by its owning family members, Goya Foods, Inc. is likely here to stay as a fixture for supermarket items like beans, tortillas, and rice.

Investors looking for long-term dividends would do well to keep an eye on Goya in case the company ever decides to go public and list itself on the NASDAQ or NYSE.

If this happens, purchasing a few shares in this staple American company can’t be a bad idea!