Music is a universal form of entertainment. No matter what genre you like, it’s something that we can all use to celebrate good times and get us through the bad ones.

While the music industry is always evolving, it’s not going anywhere anytime soon – which makes music stocks a great investment.

We’ve rounded up some of the best music stocks to add to your portfolio today.

Wondering where to buy the stocks listed in this article? We recommend WeBull. This awesome investment app will give you a free stock just for signing up!

Amazon is one of the world’s largest companies and one of the most expensive stocks on the market.

One of the things that makes Amazon so dominant is that they have a huge market share in many different industries.

Music streaming is just a small part of their operations, but they still manage to be a significant player in the music space.

Amazon Prime is one of the company’s biggest moneymakers at the moment.

Their Prime Video service gets the most hype, but they also have a very successful music streaming service as well.

This music service has multiple tiers to appeal to a broad audience.

One of the most appealing things about Amazon Music is that it integrates with their Alexa system.

Since Amazon is already such a dominant company, this integration will be very appealing for many consumers.

When you invest in Amazon, you’re not only investing in music – you’re also investing in their full range of existing products and services.

These include internet hosting, e-commerce, AI technology, and other forms of entertainment.

Despite the high price, it’s a great addition to any investment portfolio, as their market share is likely to only keep going up.

Tencent Music is a division of the larger Tencent holding group, which is based in China and operates a wide range of entertainment and technology companies.

The Tencent Music division is a joint venture with Spotify to provide music streaming services in China.

Tencent established their music division in 2016 when they purchased a company called China Music Corporation.

Tencent Music filed their IPO in the United States in 2018. Spotify became a major stakeholder, owning nearly half of Tencent’s shares.

These apps can integrate with WeChat, which is also owned by Tencent and is the largest messaging app in the country.

This makes it easy for them to market to users in a wide variety of demographics.

These apps have large streaming libraries, but they also provide platforms for artists to upload their own music.

They also offer video streaming so that users can watch concerts and other music-related content directly from the app.

Tencent Music’s stock price has been on a slow upward trajectory for the last year, which bodes very well for investors.

Their business model has managed to be profitable despite economic ups and downs this past year.

This is a good stock to buy for anyone interested in international music. 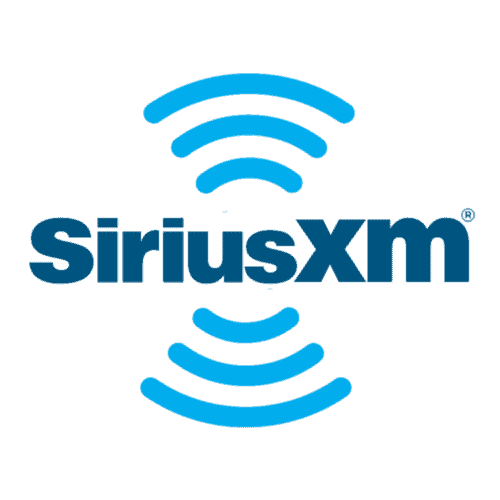 They are a satellite radio subscription service with hundreds of music and talk show channels.

The coronavirus pandemic and resulting economic collapse made it difficult for them to keep their sales up.

However, this doesn’t mean you should sleep on Sirius stock altogether.

Their share prices have been slowly improving since March.

There’s also potential for the company to improve sales in 2021 as the world slowly recovers from the pandemic.

Once of the ways that they could do this is through car sales.

Many car manufacturers include Sirius devices in their vehicles.

When people start returning to their offices, it’s likely that car sales will increase, which should bode well for this music company.

Sirius stock is very cheap at the moment, and is more volatile than many of the other stocks on this list.

However, this could be the right choice for investors looking for an affordable pick in the music industry. 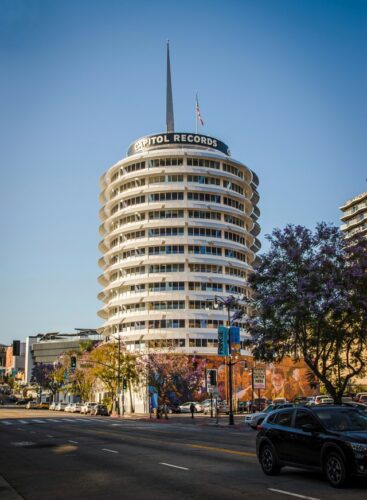 Vivendi is a media holding company based in Paris.

They are a key player in the music industry because they own Universal Music Group, which is one of the largest record labels in the world.

Universal is based in southern California, but has operations in major cities throughout the United States and around the world.

There are several smaller record labels that operate under Universal, including Capitol Records, Def Jam, and Republic Records.

Bigger Than Bitcoin and Better Than Gold

Even gold misses the mark.

Cryptocurrencies (like Bitcoin) are the ONLY assets that have all four of these features.

Features that can truly protect investors from today’s unprecedented money printing and interference from governments.

But Bitcoin is NOT the primary cryptocurrency at the forefront of this new money revolution.

These three supercryptos are the ones taking the lead and helping investors make the most money.

Some of the world’s most influential artists are signed with Universal’s record labels.

After seeing a dip last spring, Vivendi’s stock price has been steadily increasing.

They are currently trading at a five year high point.

Consumers have turned to music and other forms of entertainment to stay occupied during the pandemic, so this isn’t too surprising.

Dailymotion has partnerships with many global news and media outlets.

These diverse revenue streams make Vivendi an attractive choice for investors at the moment.

They’ve also seen a stellar increase in profits over the last year.

This media company is showing that they know how to stay relevant in an increasingly competitive music market.

Sony is another one of the world’s leading record labels.

They also sell technology products, video games, and other forms of media.

Although Sony has been very influential in the music industry, it is only a small part of their business.

Sony established their music division in the late 1980s when they purchased CBS record group.

Over 30 years later, they continue to expand their music catalog.

They have publishing rights to some of the most notable artists of our time, including Michael Jackson, The Beatles, Bob Dylan, and more.

This stock has been consistently performing well over the last several years.

They only saw a small dip in their share price as a result of the coronavirus and quickly recovered.

Sony’s price to earnings ratio is relatively low right now, indicating that the stock is affordable.

While Sony’s music division is stable, the area where this company has really seen the most growth is gaming.

Sony makes the PlayStation 5, which is in huge demand right now.

In fact, they’ve had trouble keeping it in stock. This console has been the main driver of growth for Sony this year. 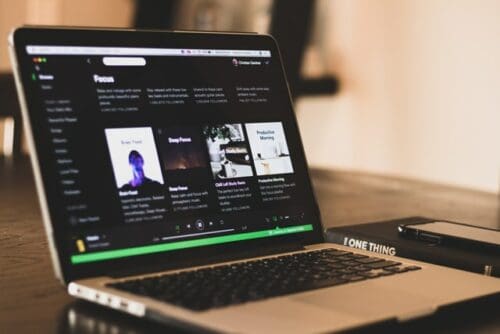 Spotify is a digital streaming service that has completely changed the way we listen to music.

They currently have a library of over 60 million songs. Spotify also offers podcasts and other media content.

Prior to the launch of Spotify, consumers tended to buy either hard copies or digital downloads of the music they liked.

Spotify gave its users a way to listen to the music they loved on demand, without having to buy it.

Instead, they paid streaming royalties directly to record labels.

Spotify currently has both free and premium streaming options available.

With the free version, users hear ads between songs, and they may not download songs for offline listening.

When listening on a personal device like a smartphone, the songs are on shuffle.

Spotify saw year over year revenue growth throughout the pandemic despite the stock market crash in the spring.

Their free cash flow has dramatically improved as well.

This data indicates that Spotify has a successful business model.

In order to stay competitive, Spotify is investing in original and exclusive content.

They’re expanding their podcast library and are focusing on deals with some of the world’s top recording artists.

Spotify stock is currently at an all time high, but many market experts think there’s still potential for it to go even higher.

Their recent growth bodes very well for the future, and it’s no surprise that investors have been very excited about this streaming service. 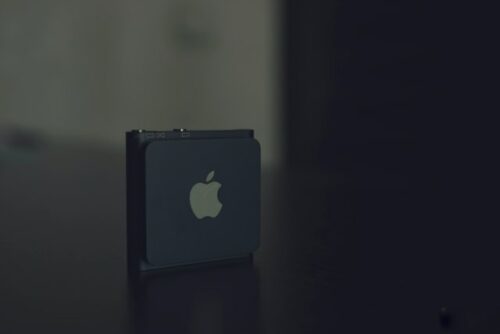 Apple is another major player in the music and entertainment industry.

They’ve consistently been ahead of the curve when it comes to consumer music products and services.

This marked the beginning of the mass switch from CDs to MP3 downloads around the world.

In 2015, they company launched Apple Music in an attempt to compete with Spotify.

While this streaming service got off to a slow start, they passed the 60 million subscriber milestone in 2019.

Apple Music has a huge library of content, with over 70 million songs, live radio, concert videos, and original series.

It is compatible with all iOS devices as well as some Android and Amazon devices.

When you invest in Apple, you’re not just investing in music – you’re also investing in one of the largest technology companies in the world.

Apple has a huge and dedicated consumer base, so it’s likely that we’ll continue to see success from this stock in every area they operate in.

Apple’s stock dipped slightly in March of 2020 when the stock market crashed.

However, they’ve been able to recover very well, and their stock is currently trading at an all-time high. 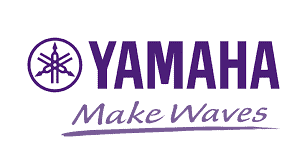 Yamaha is one of the only musical instrument companies that is publicly traded.

This company is based in Japan and is the world’s largest piano manufacturing company.

While Yamaha stock initially struggled during the pandemic, they’ve been able to bounce back successfully.

During the lockdown period, many people decided to pick up music as a new hobby.

This was great for Yamaha, as they are one of the largest global sellers of personal instruments.

Should You Invest In Music Stocks?

While the music industry is constantly evolving, it’s something that will never truly die out.

People turn to music for entertainment and comfort throughout their lives.

It’s also a shared social experience, as many people enjoy going to concerts or discovering new artists together.

Now is a great time to invest in music stocks, especially those that provide streaming services.

After many years of trial and error, companies have figured out an effective business model for streaming services that is both financially lucrative and convenient for consumers.

Many streaming services are also diversifying with concert videos, podcasts, and other media.

When selecting music stocks for your portfolio, you’ll want to make sure that the company is financially stable and has the potential for future growth.

Looking at recent earnings reports can give you an idea of what direction the stock may be headed in.

Are you looking for more great stocks to invest in? Check out Trade Ideas! Trade Ideas is an innovative new software program that uses AI technology to help you find amazing new stocks with minimal effort.

The music industry is thriving right now, and music stocks are a great investment.

Many people have turned to music to get through the challenging times of the last year.

Artists are continuing to innovate with new styles and concepts.

Now is a great time to invest in the most exciting stocks int he music industry.

Motley Fool Rule Breakers Review: Is It Really Worth It?

The Near Future Report Review: Is Jeff Brown Legit?

Profits Unlimited Review: Is Paul Mampilly Legit or Another Scam?