Can You Buy Crunchyroll Stock? What You Need to Know! 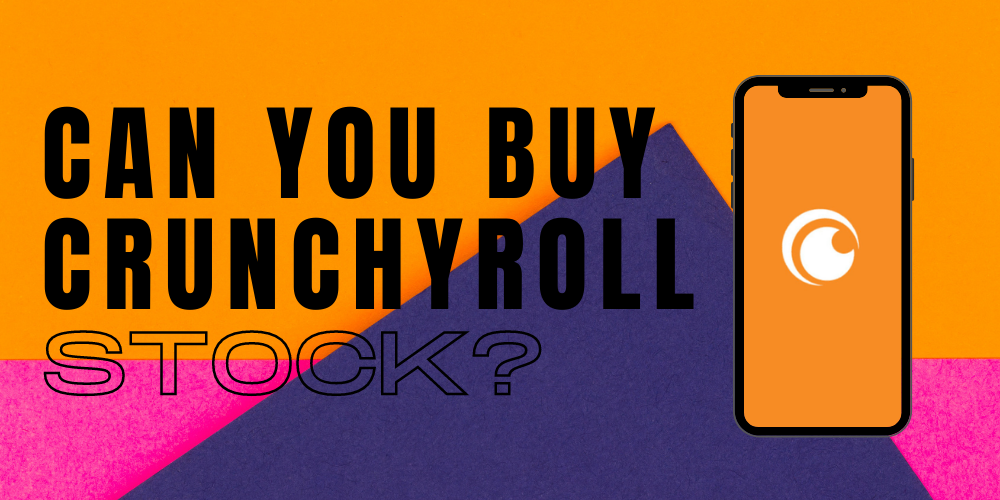 Crunchyroll stock could be an excellent way for investors to tap into anime’s explosive rise in popularity over the last decade. But can you buy shares in Crunchyroll? Follow along to find out.

Can You Buy Crunchyroll Stock?

You cannot buy Crunchyroll stock outright, as it’s a privately held company, but there is a way to invest in Crunchyroll on the stock market.

While this method is not the same as one-to-one ownership, it’s the next best thing. We’re going to break it all down, and give you insights on Crunchyroll, how to invest in the company, and some competitor stocks you might want to watch out for.

But first, what is Crunchyroll, and what makes the company so successful? 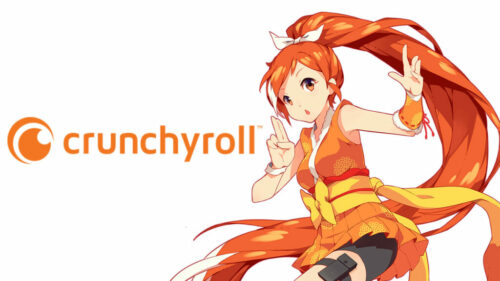 It was founded in 2006 by a group of graduates from the University of California, Berkeley. The company currently has offices in Tokyo, Japan, and San Francisco, California.

Crunchyroll’s website started as a for-profit video uploading site dedicated to the anime community at large. In 2008, the company had seen such success that it received an investment of just over $4 million from the private venture capital firm Venrock.

Since then, the company has grown into an anime streaming staple and is easily one of the top names in the industry. 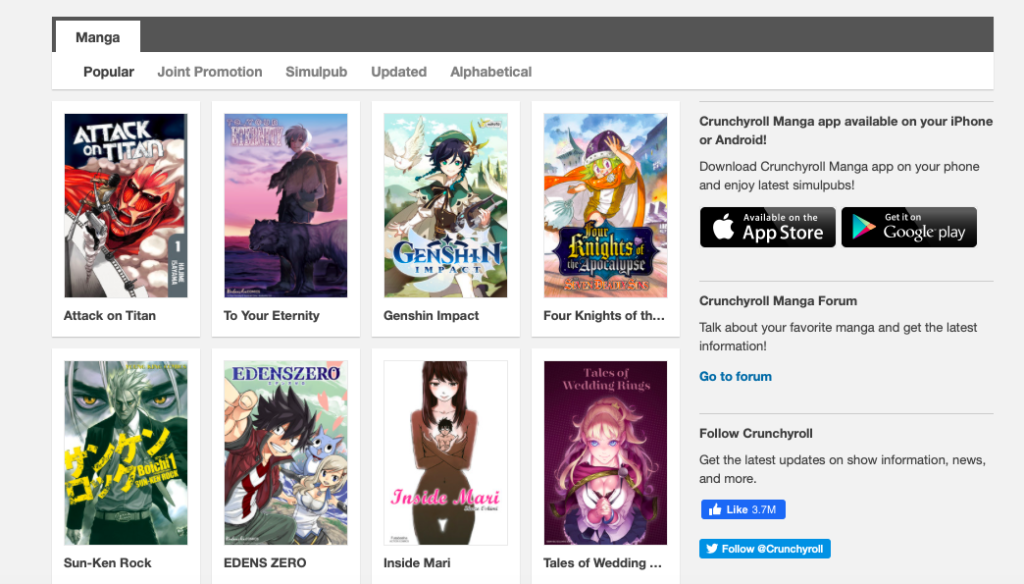 Why Is Crunchyroll Successful?

Crunchyroll is successful due to its niche application in the streaming world.

The platform appeals to anime and Japanese culture enthusiasts and is one of the few services that allows users to buy and read this type of media.

Because of this, it has a subscriber base of 5 million paying users that could continue to increase in the following years. 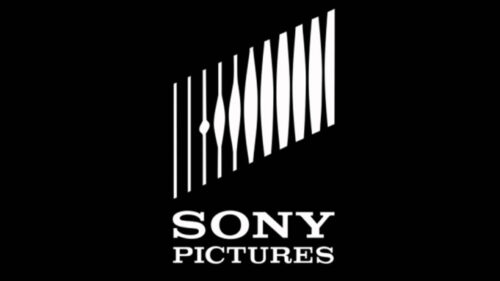 It’s a little complicated, so here’s how Sony’s ownership of Crunchyroll works:

Crunchyroll is now responsible for the majority of all global anime releases outside of Asia at this time.

Sony likely purchased the company to make itself the world’s anime powerhouse in addition to Crunchyroll’s annual revenue. This was a smart move as anime is a rapidly growing segment with untapped potential.

Crunchyroll has approximately 5 million paying users, and plans start at $6.95 a month. That’s a lot of money in Sony’s pockets. Prior to Sony’s purchase, the company was owned by AT&T — and before that, the Chernin Group.

Other investors that own a stake in Crunchyroll include:

How Much Is Crunchyroll Worth?

Crunchyroll’s current worth is unknown, but we can go off Funimation/Sony’s buyout of the company to get an idea of its net value. In December 2020, Crunchyroll was bought out for a staggering $1.175 billion.

The company’s value could have increased since then, but there’s no news on an exact number. We’ll keep you in the loop if this changes.

What Is Crunchyroll’s Revenue?

Crunchyroll’s estimated revenue is reported to be somewhere in the ballpark of $122 million to $148 million. The numbers are all over the place, but this range seems to be the most consistent online. There were some far lower revenue estimates of $25 million, but these were the exception.

How to Buy Crunchyroll Stock

You can technically buy into Crunchyroll stock by buying stock in Sony Entertainment. While Crunchyroll is privately held, Sony’s shares are publicly traded on the stock market.

Sony stock is available to trade on most online trading platforms, so it could be a breeze to pick up some shares. Some popular brokers are Robinhood and Webull.

It’s that simple, and anyone can invest. So you won’t need to be an accredited investor to purchase stock through pre-IPO marketplaces.

Your only other option is waiting for a Crunchyroll stock initial public offering (IPO).

Crunchyroll does not technically have a stock symbol, but Sony Group Corp’s stock ticker is aptly named SONY. So if you want to invest in Crunchyroll, head down to your favorite trading platform and type in SONY in the search bar.

If by some miracle, Crunchyroll breaks away from Sony and becomes publicly traded, some tickers it could go for are:

These are just some ideas. Often, stock ticker symbols have no relation to the actual name of the company.

Sony stock price has been trending up since May 2022, however.

When Is Crunchyroll’s IPO Date?

At this moment, there is no news about a Crunchyroll IPO date.

Sony Entertainment has very little reason to allow the company to go public, so this probably won’t change any time in the near future.

We’ll keep you in the loop if there are any new developments about Crunchyroll going public.

If you’re not keen on waiting for a Crunchyroll IPO or investing in Sony, there are plenty of competitors that are publicly traded.

Keep reading for our top picks of investment opportunities.

Netflix may be considered the godfather of streaming services as far as entertainment platforms go. Netflix was founded about a decade prior and has had more time to grow its base than other platforms.

The company has seen massive success throughout its life and could continue to grow.

The streaming service currently has 222 million paid users, making it the most popular streaming site available.

It may not be available on the American market, but all the same, Bandai is a company that could be worth investing in. The company was formed in 2005 when Bandai and Namco became partners and merged.

Bandai also makes toys and model kits, which is why it’s so big in the anime world.

Because it has so much experience in so many industries, Bandai Namco could be a great stock for anyone interested in companies with the proven ability to expand.

Should You Wait for a Crunchyroll IPO?

Unless you’re really set on owning Crunchyroll stock, there are other successful competitors out there that you can already invest in. So it might not be worth the wait if you just want to invest in streaming brands that tap into the anime market.

That said, few companies even come close in terms of what Crunchyroll has to offer in terms of its movies and anime catalog. You can add Sony to your portfolio in the meantime to cash in on the anime streaming platform.

Make sure to do your due diligence before picking up shares of Crunchyroll in case of an IPO, as well as any of the picks on our list.

Anime and manga are two very popular forms of entertainment in North America; as such, investing in a company that focuses on both of these media could be a wise choice.

Besides the competitors we mentioned, there are other options on the market, like Hulu or Amazon, but few streaming companies appeal to such a niche audience.

If you’re searching for a company that specializes in these areas, you may have given Crunchyroll a thought.

Unfortunately, the company isn’t publicly traded. That being said, Crunchyroll’s parent company is! So if you’re looking to invest in a company that manages the distribution of anime and manga, look no further than Sony.

With its acquisition of Crunchyroll, it has become the largest global anime distributor to exist.

Is Crunchyroll a Public Company?

Crunchyroll is not a public company; it’s a private company that is owned by Sony. Fortunately, Sony stock is publicly traded. Odds are slim that we will see a Crunchyroll IPO anytime soon.

Is Funimation on the Stock Market?

Like Crunchyroll, Funimation is also a privately held company, so it’s not trading on the stock market. Sony Corp Group stock is available to buy or sell, so you could technically trade Funimation stock that way.

Does Sony Own Crunchyroll?

Sony owns Funimation, which owns Crunchyroll, so the company does own Crunchyroll in a roundabout way. Sony is making major strides toward cornering the anime streaming market, which means that we could see even more anime streaming services under its banner.

What Does Sony Plan to Do with Crunchyroll?

Sony plans to unify Funimation and Crunchyroll into one cohesive subscription service. It also intends to drastically expand its anime streaming, bringing fans content in any place or way they’d like. It’s a clever business model that seems to be working for the entertainment titan so far.