After a turbulent era for digital currencies, On Thursday, Republican lawmakers announced the formation of a new subcommittee that would regulate the crypto and fintech industries. This subcommittee will be the first of its type in the U.S.

The subcommittee on Financial Technology, Digital Assets, and Inclusion, which will be a part of the House Financial Services Committee, will be led by French Hill of Arkansas.

In a statement, Hill, who was also designated vice chair of the larger committee, stated that a bipartisan effort is necessary for “FinTech innovation to thrive securely and efficiently in the United States.” 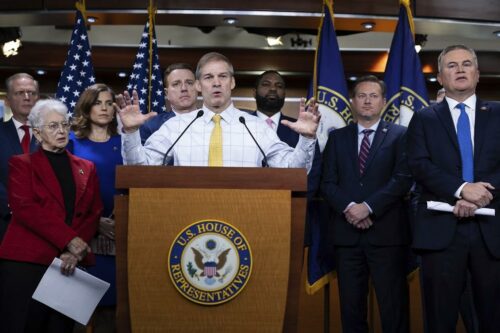 Last month, Sam Bankman-Fried, the founder of FTX, was arrested on allegations of fraud and freed on bail in the amount of $250 million as he waits for his trial.

Hill is a passionate advocate for the crypto industry. Last year, he was the co-sponsor of the Central Bank Digital Currency (CBDC) Study Act and noted the importance for the Federal Reserve to make progress towards a potential CBDC without delay.

Hill signed a letter in 2019 requesting the IRS to enhance the tax guidelines for users of cryptocurrency. It was a long time until FTX made it a household word.

Related: Tom Brady Invested In FTX And Could Lose Millions

According to what was written in the letter, ambiguity prevents proper tax compliance.

Representative Tom Emmer of Minnesota and Senator Cynthia Lummis of Wyoming are two examples of other Republicans in Congress who have supported cryptocurrency.

Despite working out of the Bahamas, Bankman-Fried was a competent Washington insider who developed connections with power players like Rostin Benham, the head of the Commodity Futures Trading Commission, and Rep. Maxine Waters (D-Calif.).

Bankman-Fried contributed about $40 million in publicly reported donations to Democrats in the 2022 midterm elections. He and his friends gave to politicians on opposing sides of the political spectrum.

Republicans like Emmer have been given ample fodder to use in their criticism of the works performed by regulators due to the failure of FTX and the following indictment of Bankman-Fried.

Gary Gensler, chairman of the Securities and Exchange Commission, was criticized by Emmer as “haphazard and unfocused” in his operations.

In the meantime, Democrats in the Senate have already started making plans for their initiatives to regulate the cryptocurrency business and dictate how enforcement measures should be taken.

The SEC has increased its activities since FTX plunged into bankruptcy. On Thursday, the same day that Hill made the announcement about the subcommittee, the commission filed charges against cryptocurrency lender Genesis and cryptocurrency exchange Gemini for the unlicensed sale and offering of securities.