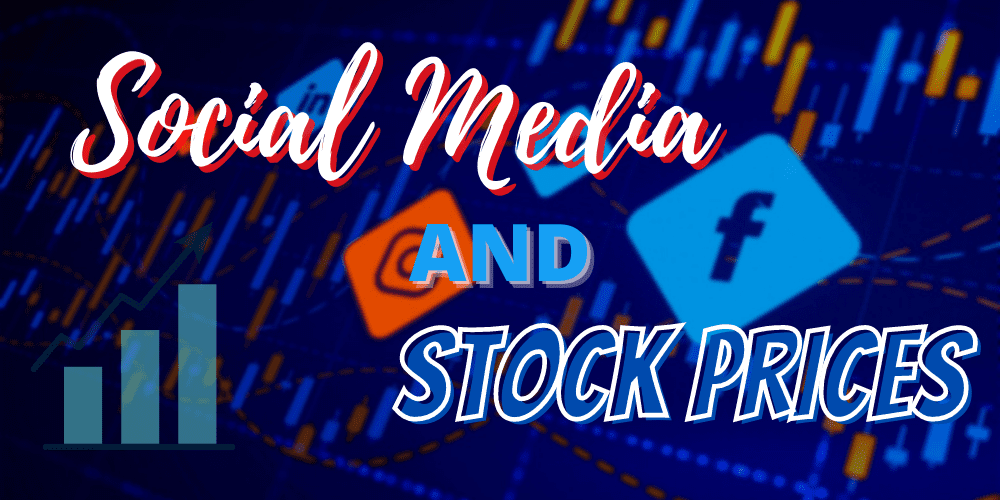 It is no secret that social media has greatly impacted many aspects of our society. It is now a large part of people’s everyday lives, with many using social media to keep up with their friends and family, while others use it for business purposes. As more people have begun relying on social media networks, these have become an important factor in the stock market.

The relationship between social media and stock prices is a complicated one.

You may have seen headlines claiming that Twitter has caused stocks to crash or rise.

But are these connections real? And if so, what’s going on?

In this post, we’ll cover how social media such as Facebook, Twitter, and LinkedIn impact the stock market and what you can do to make the most of it.

We’ll also go over some notorious examples of cases when a single message on social media sparked huge butterfly-like effects on certain stocks, making some people lose a lot of money, but others make a killing. 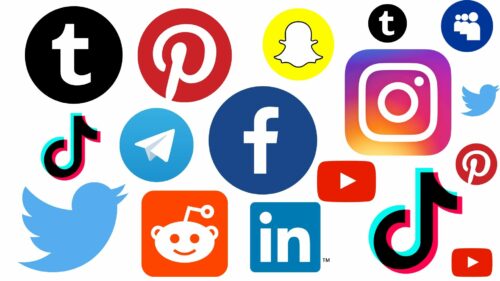 Using LinkedIn For Investing in the Stock Market

LinkedIn is a social media platform where professionals connect to find, stay in touch with, and do business with other professionals.

It can also be used for investing in stocks. How? By helping traders and investors research value stocks, they plan on investing in.

One of the keys to successful trading and investing is to do due diligence on every potential investment, even if the idea of investing in that company came from an acclaimed investment newsletter. 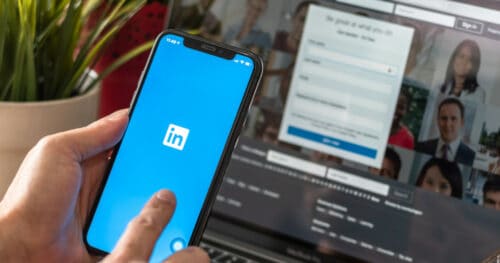 This job usually takes up a lot of time, but LinkedIn solves this problem by enabling investors to connect with people directly connected to the company and its CEO.

They can find out specific information about the company and its  CEO or even contact them personally to get a feel for their business ideas.

The fact is that LinkedIn has become an essential tool in this type of research, one that is more accurate and that delivers better information that aids decision making.

It can be difficult for people who are just starting with investing or trading to find quality information that applies to their specific situation.

Fortunately, YouTube has become a resource for these investors and traders. 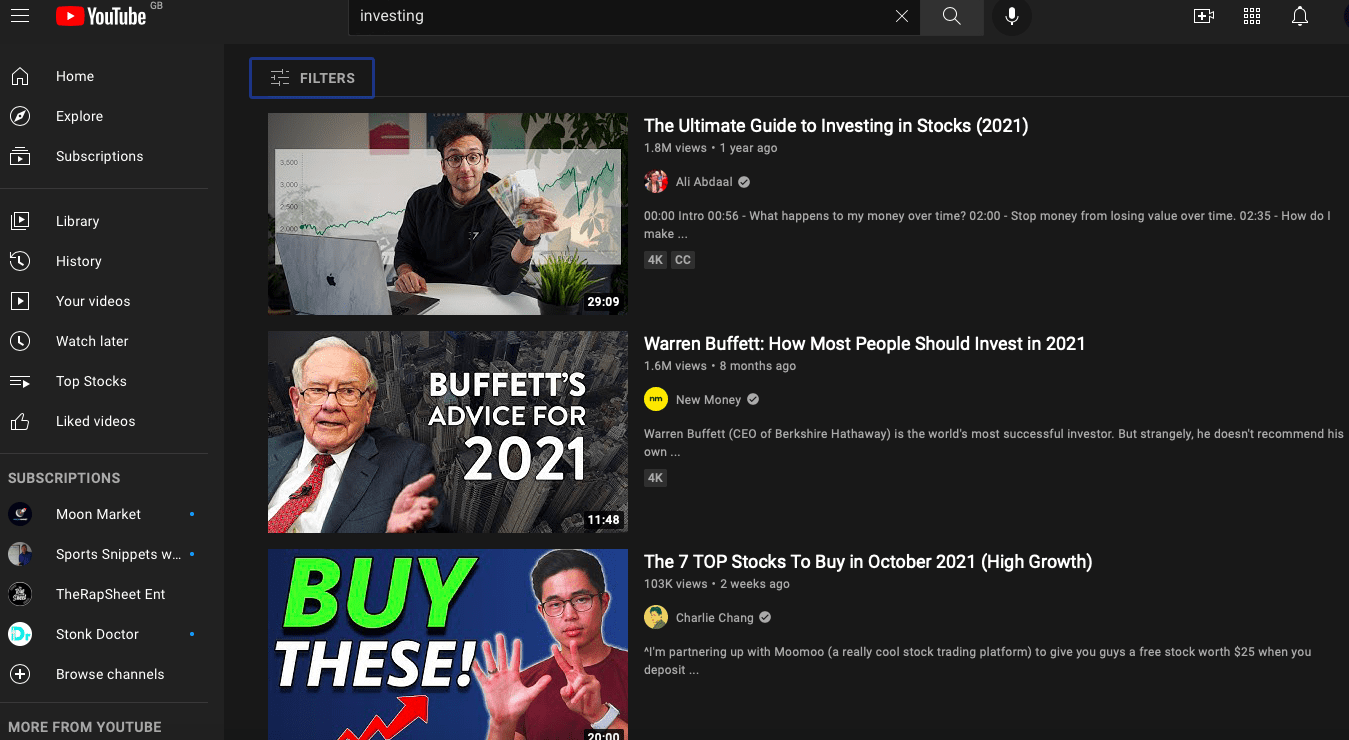 YouTube’s popularity among both new and experienced traders is because it’s free, easy to access, and offers visual aids. Most traders and investors look to YouTube for:

There are many channels on YouTube where you can find tutorials about trading and current events in the stock market.

Among the most popular of these channels, you can find Kunal Desai’s The Bulls on Wall Street for beginners, and Jason Raznick’s BenzingaTV, which is focused on seasoned traders.

There has been a horde of research about Facebook’s effects on the stock market.

Most of it has been centered around sentiment analysis using Facebook’s Gross National Happiness Index (GNH).

Siganos and co-workers and, more recently, Piñeiro and co-workers showed that the GNH index is correlated to trading behavior in various international stock markets and that you can use this index to predict stock market returns on the next day!

If there is one social network that is a goldmine of information for stock traders, it’s Twitter. 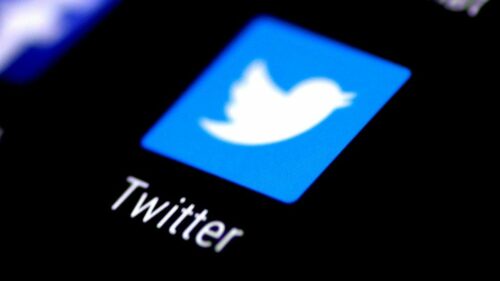 There are two main reasons behind this. On the one hand, just as with Facebook, Twitter sentiment is a good indicator of future stock market performance.

Xu and co-workers studied how Twitter’s Daily Happiness index (DHS) relates to stock returns and, again, they found the two to be linked, particularly for markets in developing countries.

On the other hand, there’s a much more obvious way Twitter affects stock prices.

Tweets from influential Twitter users and company CEOs can throw that company’s stock in a volatility whirlwind.

Not surprisingly, this is highest for companies with positive press coverage (such as Apple) and stocks for companies involved in bankruptcy or scandals.

Examples of this are Donald Trump’s tweets about his companies, which researchers have found to predict the direction of price movements (albeit not their magnitude) and Elon Musk’s famous stock-altering tweets that have led to SEC lawsuits, but I’ll get to him in a minute.

The moment traders realized they could use social media to predict the stock market, they immediately started thinking of ways to influence the former to profit from the latter’s predicted outcome, and they’ve done this mostly through Reddit.

Reddit is a playground for retail traders who herd together searching for the next meme stock that will go viral.

This creates waves of volatility and huge spikes in prices from one day to the next, which then plummeted to the ground one or two weeks later.

The strategy is a basic pump-and-dump scheme in which Redditors start posting about a certain stock, sometimes making unfounded claims that make other traders’ mouths water, so they’ll start a buying frenzy that pumps the price.

While the herd keeps buying, the ones in on the game start cashing in by selling the stocks and the prices plummet, as you’ll see shortly in one of the case studies described below.

One major example where social media plays a role in stocks is when Elon Musk tweets about his companies, Tesla in particular.

His tweets are often taken as direct indications that he plans to do something new for one of his companies, dramatically altering the stock price.

One example is this tweet last August 2018, where he said Tesla would go private if its stock price reached $420.

Immediately after, stock prices rose by 7%, and he faced a lawsuit for damages suffered by investors who bet against Tesla.

The lawsuit ended with an agreement that Elon’s tweets would be revised before been sent to avoid him affecting Tesla’s stock price, but he soon found himself doing what he wasn’t supposed to, by tweaking that he thought Tesla stock to be too high:

The effect? A 10% crash in share price that lasted a couple of days.

While it’s definitely true that some of these effects were ultimately short-lived, there’s no doubt that anyone who managed to sell their stocks quickly before they went down and then bought undervalued stocks at the end of the day managed to make a good profit from this tweet in a very short time span.

As I mentioned above, Redditors have played with stock prices for some time now by taking advantage of human herd behavior and people’s fear of missing out (FOMO).

One of the most notorious instances was last January 2021, when some Wall Street investors and large hedge funds deemed GameStop stock to be overvalued and started shorting the stock (i.e., betting against it).

A group of Redditors from the group WallStreetBets caught wind of this and came up with a plan to buy and hold the stock. 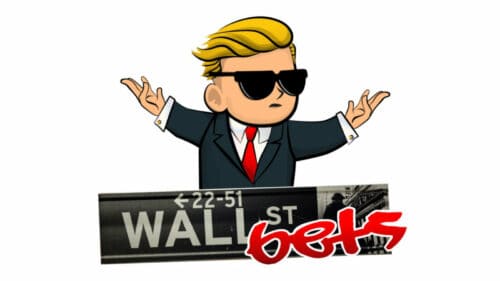 Consequently, GameStop stock, which was trading for $20 at the end of 2020, had already doubled its price by early January 2021.

This rallied more retail traders to the cause, and the frenzy began.

A couple of weeks later, share prices skyrocketed to a peak of $483 on January 28th, dealing a heavy blow on short-sellers who lost billions of dollars.

Retail traders started cashing in and, less than a week later, the stock dropped back down to close to $50.

As I write, shares are trading at $185, and short-sellers have lost over $8B, according to Bloomberg, while others have made the corresponding profit, all of it sparked by how people interact in social media.

Making smart financial decisions such as saving, choosing a good credit card and investing has never been easier.

Tools like social media play a big role in these decisions, for example by impacting today’s markets.

While some new traders use social media to learn the basics of trading and investing, and others use them to research stocks they’re interested in, an important number of people, some of them notoriously famous, are using social media as a way to influence stock prices in their favor.

This has made typically stable stocks volatile and unpredictable at times, which is why today, paying attention to what happens in social networks like Facebook, Twitter and Reddit, is as important as doing fundamental and technical analysis of the markets.